The claims of both states should be subjected to serious scrutiny, writes Adewale Kupoluyi

In the last few weeks, there has been series of denials, accusations, and counter-accusations between state government officials and federal health authorities on whether the coronavirus disease (COVID-19) cases exist in two states of Kogi and Cross River.

Both states have been claiming that the deadly virus has no place in their vicinity because of their proactive efforts. The position of the state governments has raised the curiosity among Nigerians on whether the claims are real or not considering what is at stake should there be any misrepresentation.

Despite the assurances, the Kogi State Commissioner for Health, Dr. Saka Haruna disclosed that the state was under intense pressure to say otherwise by declaring that it had COVID-19 cases and vowed that it would not succumb to such pressure. The commissioner alleged that the aim of those involved was to politicise the situation and discredit the high rating of the state on its health achievements as attested to by local and international observers. The Kogi State Governor, Yahaya Bello added that the state should not be inundated with much panic and fears about the coronavirus as if the world was coming to an end, saying that focus should now be on the myriads of problems plaguing the country.

According to Bello, Nigeria had lost fewer people to COVID-19 than to other serious national challenges such as Boko Haram terrorists, kidnappers, cattle rustlers, road accidents, hunger, malaria, and child mortality, among others. The Cross River State Governor, Prof. Ben Ayade has equally claimed that his state was free from coronavirus. Ayade suggested to the federal government to ensure that vaccine for the virus is obtained from antibodies of patients that had recovered from the virus and that heavy investment should be deployed to research and vaccine production in Nigeria. Contrary to the governor’s claim, a non-governmental organisation, the Efik Leadership Foundation (ELF) has insisted that there was evidence that coronavirus exists in the Cross River State even though the Nigeria Centre for Disease Control (NCDC) has not officially announced any confirmed cases.

To ascertain the veracity of the allegations by both state governments, the Minister of Health, Dr. Osagie Ehanire stated that the federal government would dispatch technical teams to validate the claims. Ehanire said the initial team dispatched to Kogi had a failed mission because of ‘some differences’ with the state authorities and that fresh engagement would be carried out just as the NCDC Director-General, Dr. Chikwe Ihekweazu maintained that the two states were not doing enough tests to detect the killer virus. The national body of the Nigerian Medical Association (NMA) has equally decried the positions of Kogi and Cross River state governments to NCDC guidelines on testing, warning that the positions of both states could seriously imperil national response to controlling the pandemic.

NMA charged the federal government to direct the Presidential Task Force (PTF) to investigate allegations against the state governments. The association has warned that premature pronouncements by the state governments could constitute outright interference in NCDC’s coordination of COVID-19 case treatment for effectiveness. Why the fuss about the claims by the two states? It would be recalled that in Kano State, Governor Abdullahi Ganduje exhibited poor early response to the pandemic and pre-occupied himself with lamenting how the federal government purportedly abandoned his state that has now become the nation’s number two epicentre of the disease. The governor consistently claimed that the ‘mysterious deaths’ in Kano State were not related to coronavirus only to be proved wrong by findings of the Presidential Task Force on COVID-19.

This is at variance with the timely response of some states like Lagos, Ogun, Ekiti, and Edo whose governors neither denied the existence of the disease nor waited for the federal government by taking early and extraordinary measures. What all states in the country should do is to join the federal government in taming the monster. Governors should ensure that the collection of samples becomes the responsibility of their states. Not only that, but they should intensify their public enlightenment programmes on radio, television, and town criers for massive campaigns to the rural and community areas, who are still either ignorant of the disease or hold the wrong perception that the disease is an affliction of the rich. The positions of the Kogi and Cross River state governors require serious scrutiny. If it is true that none of the states has cases of COVID-19, this is commendable but they should indeed be confident and avoid being apprehensive of investigations by federal health officials. By expecting the people to believe their governors’ claims without authentication by relevant bodies such as NCDC flouts the principles of natural justice since they cannot be the judge in their own case (Nemo judex in causa sua).

Meanwhile, if the state governments’ allegations are not eventually correct, then the governors would have done a great disservice to their people, who they swore to protect and defend. The truth is that there is a crisis of trust in leadership in Nigeria because of disappointments and failed promises in governance. The people appear to have little faith in their leaders. Lack of trust is what is playing out between the two state governments and federal authorities. It is also the case between the people and government, who still question the existence of the coronavirus. It is the same distrust that makes people believe that Kogi and Cross River state governments are either being economical with the truth or playing politics with the lives of their people.

Many people are also of the opinion that the pandemic is being used by the elite and their international collaborators to exploit the common man. With this mindset, federal health officials should elicit the confidence of the people, who are currently angry and hungry because of the pandemic whose abrupt incursion into peoples’ lives is mired by controversies and series of conspiracy theories. More importantly, there is the need to look inwards as it should not be ruled out that the solution could come from Nigeria, and indeed Africa amid our numerous, brilliant, hardworking, and uncelebrated local scientists and researchers. To get a clean bill of Nigerians, what all the stakeholders in the management of COVID-19 – state governments and federal health officials – need to urgently do at this critical time is to simply uphold honesty, sincerity, and openness. 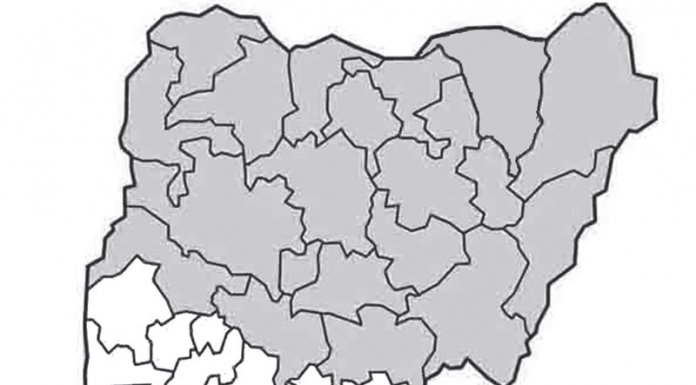 ENDING THE VIOLENCE IN THE NORTH

Saraki: Senate under My Leadership was People’s Parliament