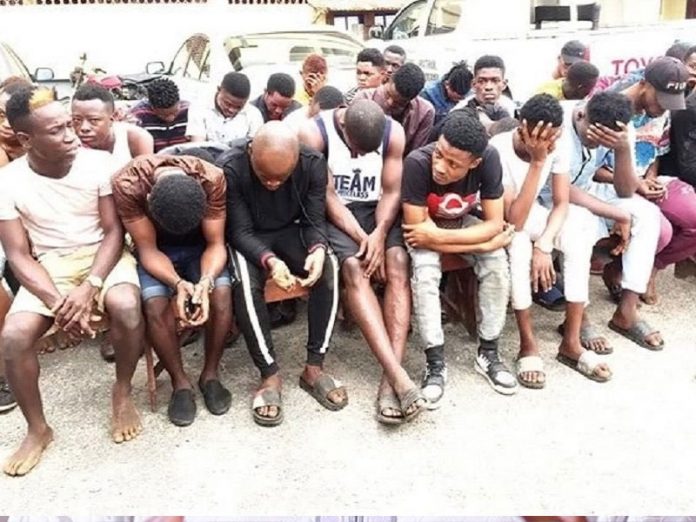 Operatives of the Lagos State Command on enforcement of COVID-19 restriction have in the last two weeks arrested 1,872 violators in the state.

The command’s legal team at the State CID Yaba was said to have charged the suspects to Mobile Court.

According to the statement, 20 out of the commercial vehicles impounded were intercepted along the boundary communities on non-essential interstates travel with 152 passengers who were equally arrested and charged to court.