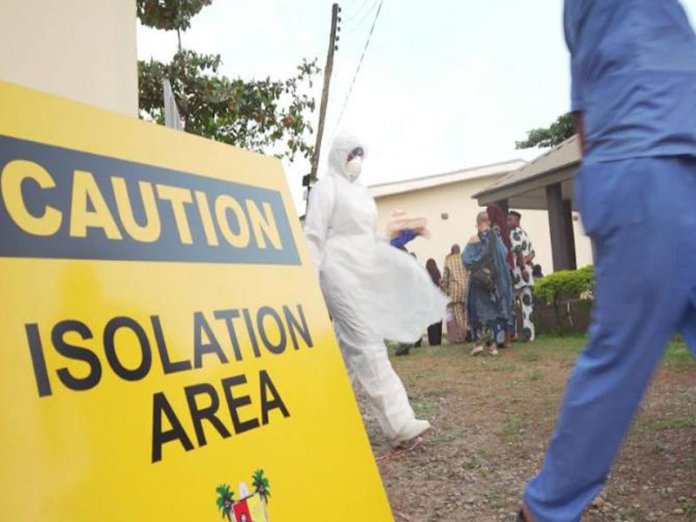 About 15 COVID-19 patients who have tested positive yesterday attempted to escape from Isolation Centre at Sobi Specialist Hospital in Ilorin.

THISDAY investigations revealed last night, the patients were said to have jumped the fence of the hospital in a bid to escape from the isolation centre located at the hospital.

But, sources close to the hospital told our correspondent last night that, the presence of the security operatives deployed to maintain the security surveillance of the hospital were said to have risen up and arrested the affected COVID-19 patients.

An impeccable source who spoke on condition of anonymity told our correspondent that, “it’s true that about 15 of them attempted to escape from the isolation centre this morning, but as I’m talking with you the security officers have been able to get all of them back to the isolation centre.”

However, the Chief Press Secretary to the governor and Spokesman of COVID-19 Technical Committee in the state, Rafiu Ajakaye also confirmed the incident in a press statement issued last night.

The statement reads, “Earlier today, Friday May 15th, 2020, the government’s intelligence network uncovered a plot by some COVID-19 patients who sneaked into the state to escape.

“This attempt was promptly foiled leading to arrest and return of the patients who had already scaled the fence.

“The government is dismayed that these persons were among the imported cases who intentionally violated the interstate lockdown and came into the state.

“Security has been further beefed up at our isolation centre. The government restates that COVID-19 is not a death sentence and there is no reason why anyone would want to escape and put their own lives and the lives of other people at risk.” the statement concluded.