I really did not want to write on Prof. Ibrahim Gambari after he was appointed by President Muhammadu Buhari as his new Chief of Staff. The reason for my reluctance was that, even though I saw his appointment as a round peg in a round hole, I don’t want my commendation to be misconstrued as someone seeking favours from him.

But I decided against my initial reluctance and opted to write on him after reading the vituperated attacks on him intended to cast aspersion on his personality and character, by retired Ambassador Fafowora in a piece titled: ‘Testimonial on Prof. Gambari,’ that went viral both on social and regular print media, less than four hours after Gambari’s appointment. I also decided to write, because I don’t want to lament and suffer in silence like Messrs.

Olusegun Adeniyi, Simon Kolawole, Waziri Adio and Chief Femi Fani-Kayode did, when they did not talk good about their friend, former Chief of Staff, Abba Kyari, until he passed away, just because it wasn’t politically correct to do so, when he was alive. I’ve promised myself, I will not be encumbered by such thoughts again and will defend my friends not only in private but publicly too, whether those friends approve of it or not. Prof. Gambari has not asked me to do this. And I don’t care if he approves of it or not, because those who castigate him, like retired Ambassador Fafowora, did not also seek his consent to do so.

Prof. Ibrahim Agboola Gambari is a senior friend who I will forever be grateful to. A man who did not know me but went on to open doors for me in my book publishing career. I wrote a book titled: ‘The March of Democracy in Nigeria, Votes Behind The Figures From The Fuve General Elections, 1999-2015’ , that was published in 2017. Prof. Gambari wrote the Foreword. I won’t say anything more for now. Let me just quote from the Acknowledgements page of the book: “Special mention is reserved for His Excellency, Prof. (Amb.) Ibrahim Gambari, CFR, our former Foreign Affairs Minister and also a former Under Secretary-General at the United Nations in New York, who graciously agreed to write the Foreword. Now, a little bit of background is appropriate here. I had met Amb. Gambari only once in my life in March 2014, when I was introduced to him by Hajia Mariam Mohammed at the National Confab in Abuja, where both of them were delegates. I then casually requested him to write the Foreword to an election book I am putting together. I was expecting an evasive diplomatic response. But he was blunt and direct. He gave me his number and said: “Call me when you are ready and I will do it.” I couldn’t finish the book until more than three years later.

In August 2017, I called him and at the first ring, he answered. I tried to re-introduce myself but he cut me short and said: “Gbenga, I remember you. Is your book ready?” I couldn’t believe what I was hearing. “Yes sir”, I finally managed to blurt out. “Send it to my email address which I will dictate to you now. And thank you for considering me worthy of writing the Foreword.” What?! A book he has not seen and the author I’m sure he cannot confidently identify in a group of two men. And who is the one that is honoured here? Is it not me? This is humility per excellence.” That was what I wrote in my book about Prof. Gambari, published in December 2017.

I sent the soft copy to him as he requested. He did not ask me to write a sample Foreword as most demand, but wrote it in his own words after going through the manuscript and replied me after two weeks. Permit me again to quote part of his comments on my book: “This is a hugely important and most timely book written by a meticulous and pioneering author, Gbenga Giwa. The importance of the book lies mainly in providing much needed quantification in order to enhance the quality of political analysis and discourse in Nigeria……it is therefore with great delight that I hereby recommend this book to all stakeholders of Nigerian political dispensation, politicians, candidates for elective offices, administrators, researchers, students, journalists, judicial officers and international community and curious followers of Nigerian politics. Their understanding of the dynamics of the third largest democracy in the world would be greatly enriched. I find the book most informative and educative. I sincerely hope you do too.” That was what Prof. Gambari wrote in September 2017 about a book, authored by someone he does not know! I have no doubt in my mind, that it was this Foreword and especially the name behind the Foreword, that INEC Chairman, Prof. Mahmoud Yakubu (who incidentally too, does not know me and I have never physically met, even up till today) read, that convinced him and his Commission, to assist me in making the book a reality and be published. The success of that book, emboldened me to write another one and another one. These two latter books are currently on sale on Amazon. And the person that blazed this trail for me, is someone retired Amb. Fafowora will want us to believe is duplicitous. No, I won’t take it. If Prof. Gambari can uplift someone that he does not know, I wonder what he will do for the ones he truly knows.

Before I end this piece, let me digress a little and talk about age. Most of the side comments I came across on Gambari’s appointment, especially on social media, talked about his age. The way Nigerians talk about age these days, is as if it’s a crime to grow old again. This is very unfair. We should not be fixated about age. We should be talking about competence. We currently have in positions of authorities as Governors and Legislators, who are very young but are a bunch of disappointment. Is Gambari competent as the Chief of Staff to President Buhari? Yes. And I believe retired Amb. Fafowora would even also say yes. Let us commend President Muhammadu Buhari for getting this appointment right and pray for Prof. Ibrahim Agboola Gambari, that Almighty God will guide him and give him the wisdom to excel in this onerous assignment. 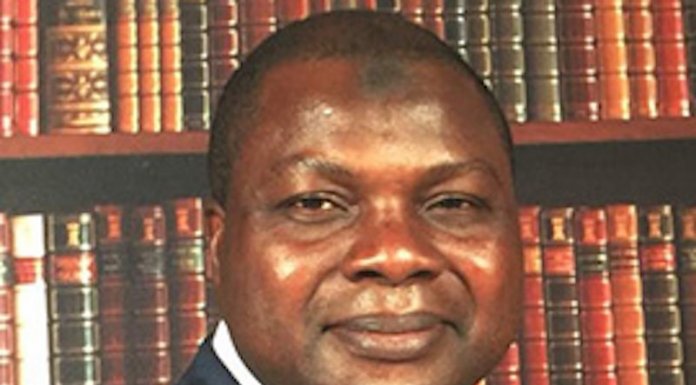