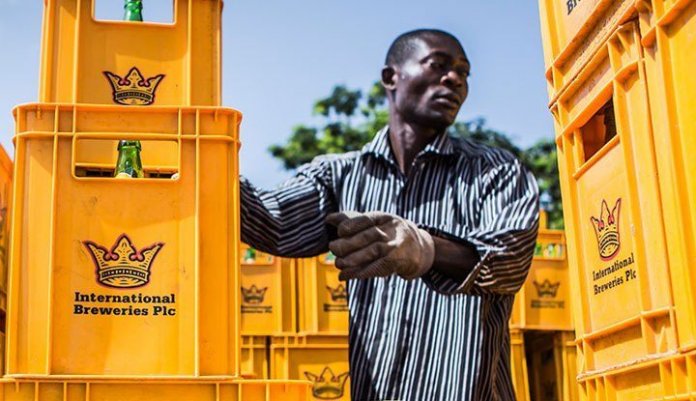 Shareholders of International Breweries Plc are in for another bad year as the company has recorded a loss of N5.645 billion for the first quarter ended March 31, 2020. The brewing firm had posted a loss of N28 billion in the 2019 financial year.

In its unaudited results for the 2020 Q1, International Breweries Plc recorded a loss affected by foreign exchange loss and high cost of sales.

Commenting on the results, analysts at WSTC Financial Services, said International Breweries Plc made a gain of N4.54 billion on derivative contracts during the period.

“ Therefore, the company’s income line was supported by these derivatives gains. However, the company yet recorded a N9.94 billion foreign exchange loss during the period, resulting from the exchange rate devaluation recently implemented by the Central Bank of Nigeria (CBN). The Company had significant FX exposure on its borrowings and payables. In a bid to protect margins, the Company incurred a lower operating expense of N8.56 billion in Q1 2020, representing a three per cent year-on-year decline from N8.82 billion in Q1 of 2019. The significant FX losses put a damper on bottom-line,” the analysts stated.

They explained that to understand what could have been the true earnings position of the company had it not incurred an FX loss, they discounted the FX losses and the derivatives gains in both comparable years.

“By doing so, the company could have still reported an operating loss of N2.64billion. This is so because of an operating expense of N8.56 billion relative to an operating income (gross profit plus adjusted other income) of N5.92 billion,” they added.