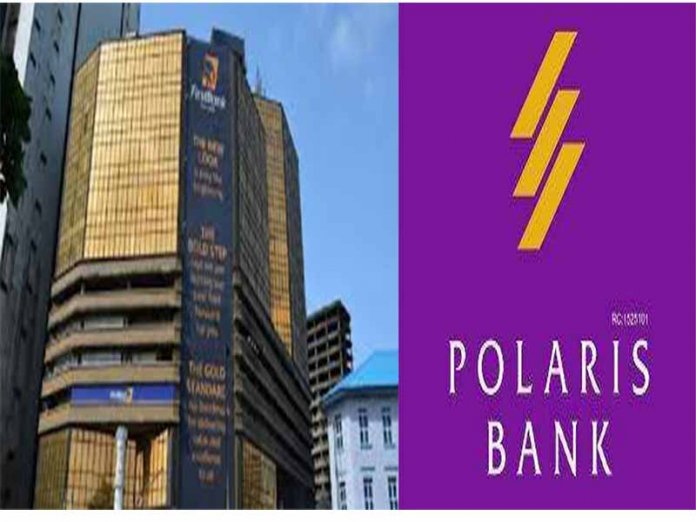 FBN Holdings Plc, the holding company of First Bank of Nigeria Limited and other subsidiaries, recently released its full year 2019 and its first quarter 2020 financial results, which showed enhanced earnings across a number of key metrics, driven majorly by the impressive performance recorded by the bank.

In the same vein, the recently published audited results of Polaris Bank Limited for the year-ended December 31, 2019, after one year of operation, showed that the financial institution has bounced back to profitability.

Industry analysts attributed the performance of FirstBank, the leading subsidiary in FBN Holdings, which five years ago had non-performing loans (NPLs) of about 18 per cent to the indulgence and patience of the Central Bank of Nigeria (CBN). FBN Holdings’ NPLs has dropped significantly to 9.7 per cent as at December 31, 2019.
On the other hand, the performance of Polaris Bank, which was created from the carcass of the defunct Skye Bank, was attributed to the support the bank has been getting from the central bank and the Asset Management Corporation of Nigeria (AMCON).

Also, FirstBank Group’s gross earnings as at the first quarter of 2020 was N151.0 billion, which was 15.6 per cent higher than the N130.5 billion realised in the comparable period of 2019; while its profit after tax was N21 billion, up by 54.4 per cent, compared with N13.6 billion recorded same period in 2019 and total assets of N6.67 trillion, which increased by 13.7 per cent as against the N5.87 trillion realised at the end of December.

A further analysis of the results showed that customers’ deposits rose 15 per cent to N4.019 trillion, up from N3.486 trillion. Similarly, loans and advances to customers rose 10.9 per cent to N1.852 trillion, from N1.671 trillion. Total assets stood at N6.203 trillion, indicating a growth of 11.4 per cent from N5.568 trillion. FBN Holdings extended the positive performance to the first quarter ended March 31, 2020, in which it posted improved results. The unaudited results also showed a jump of 62 per cent in profit after tax in Q1 of 2020, to N25.7 billion, compared to the N15.8 billion recorded in the corresponding period of 2019. Its gross earnings also climbed to N159.7 billion, up by 14.5 per cent, compared with N139.4 billion in the comparable period of 2019. FBN Holdings’ Q1 results also showed that total assets stood at N7 trillion, up by 13.2 per cent, compared with N6.2 trillion recorded at the end of 2019.

The Group Managing Director of FBNHoldings, Mr. UK Eke, said the performance so far was a further testament of the turnaround of the holding company’s business.
“The current situation demonstrates the importance of the deployment of appropriate technology and effectively validates our recent investment in enhancing our capacity in technological innovation and digitisation of our products and services,” he added.

On his part, the Chief Executive Officer of FirstBank Group, Dr. Adesola Adeduntan said: “As we commence the execution of the earlier phase of the new 2020 – 2022 strategic plan, we are all aware that we are living through unprecedented times. However, I am confident that we are well equipped to handle the headwinds.
“We have invested heavily in the last three years to establish our digital banking footprint and with a network of over 53,000 agents across Nigeria as well as over thirteen million customers actively transacting on our digital platforms (FirstMobile and USSD), we have built capacity to continue to offer gold standard services to our customers while safeguarding our staff through the pandemic.”

Polaris Bank Limited recently published its audited financial results for the year-ended December 31, 2019 after one year of operation. The bank recorded gross earnings of N150.8 billion and a profit before tax (PBT) of N27.83 billion as at December 31, 2019. Also, its total assets stood at N1.1trillion in the period under review, with shareholders’ fund of N83 billion. Its total customers’ deposit stood at N857.8billion, while total loans and advances was N261 billion. Its capital adequacy ratio was 14 per cent as of December 31, 2019, return on assets (ROA) at 2 per cent, return on equity (ROE) is 33 per cent, return on sales (ROS) at 18 per cent, and liquidity ratio at 81 per cent.

The Chief Executive Officer, Polaris Bank, Mr. Tokunbo Abiru, said, “The emergence of Polaris Bank on September 21, 2018, has heralded a new dawn as it laid the foundation for institutional competitiveness and service innovation in Nigeria’s challenging banking space.
“Our strategy, which anchors on rebuilding the franchise and strengthening the balance sheet position, provides enablers for ongoing initiatives towards lean operations and efficient balance sheet management devoid of capital erosion risks.

“We shall continue to run an ethically governed bank upholding sound risk management practices and proactively taking measures to mitigate the impact of the adverse business environment while the board and management continue to guide the bank towards a path of sustainable growth.”

One year after the merger with then ailing Diamond Bank, the management of Access Bank is offering disengagement deals to HR contracting companies that provided services to branches closed in locations where they had two branches as the bank moves to tame costs in a post-COVID world where many banks worldwide are reviewing banking models. The CEO of U.K lender, Barclays Bank, Jes Staley stated recently that post COVID banking models have changed forever as people get used to working digitally from home making brick and mortar and big offices models unsustainable going forward.

It was this new normal that Access CEO Herbert Wigwe attempted to discuss with staff when clips of his presentation was altered to portray him as going for mass sack of employees, according to senior bank officials. According to Mr. Amaechi Okobi, Head of corporate communications of the bank. “The presentation was doctored to give a wrong impression and shared on social media in an attempt to blackmail the bank. We are reviewing all options as we need to support all staff through these challenging times while ensuring efficiency and value in our new normal…We will continue to support all staff and stakeholders,“ he said.

According to Staley having thousands of banking workers in big expensive city offices “may be a thing of the past.”
He stated that about 70,000 of Barclays’ staff worldwide are working from home due to coronavirus lockdown measures. An indication that banking has change forever.