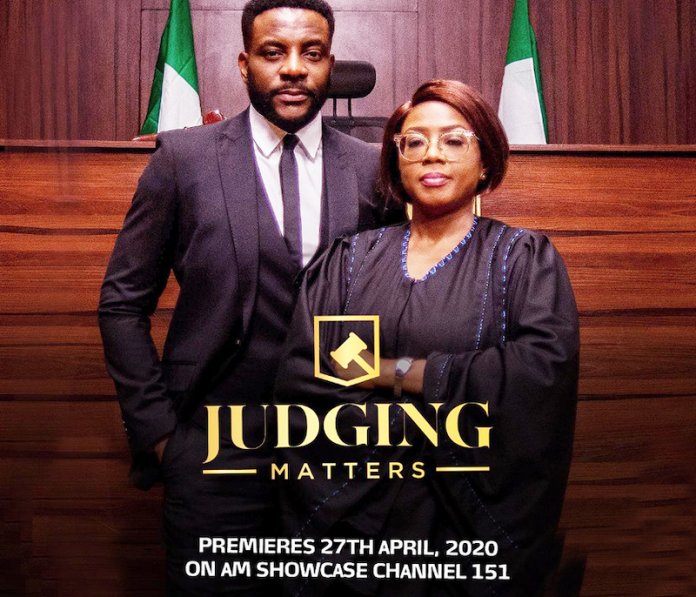 Mercy and Ike reality TV show follows the love life of Mercy Eke, the winner of Big Brother Naija Season 4 and Ike Onyema, her fellow housemate, who began a relationship during their time at the Big Brother house. Their unlikely bond during the show makes for a great love story as they continued to entertain viewers with their pranks and an affection that took everyone by surprise.

Judging Matters is a reality TV show that is aimed at addressing small claims and minor cases in Lagos which present a huge challenge for the established courts to deal with, often resulting in cases being in courts for long periods without an amicable resolution. This is a recorded reality TV show of real people getting justice from minor claims court in partnership with the Lagos State Ministry of Justice.

While the show promises to be entertaining, it will also be a source of education and information on the Lagos State Justice system. There will be no lawyers’ fees, no filing costs, no long delays or adjournments. It will be a forum for cases to be heard without fear of it being insignificant and with immediate judgement. An actual Judge and a counsellor will work together to ensure that justice is dispensed accordingly, without favour or rancour.

The Judge who will be tasked with handling these cases is Justice Olusola Williams: a retired Judge in Lagos State. Her role is to listen and probe where required while the counsellor brings out the finer points of the case to enable her to make a final decision.

The counsellor in this Show is Ebuka Obi-Uchendu, a compere, TV host and Lawyer. With his understanding of the finer points of the law and how to deal with some of the issues at stake, Ebuka will be witty yet firm and his job is to bring out the emotional, entertaining and local elements of the show based on the cases presented.

Speaking on the launch of these new shows, Channel Director, Africa Magic, Wangi Mba-Uzoukwu said: “We at Africa Magic are passionate about ensuring that our viewers are presented with the best entertainment. The relationship between Mercy and Ike is both entertaining and exciting and we would like the viewers to see that love can be found anywhere.”

On Judging Matters, she said the show was created to solve problems that have not received sufficient attention in court. These cases can be easily deliberated on and resolved by Lagos State Justice.