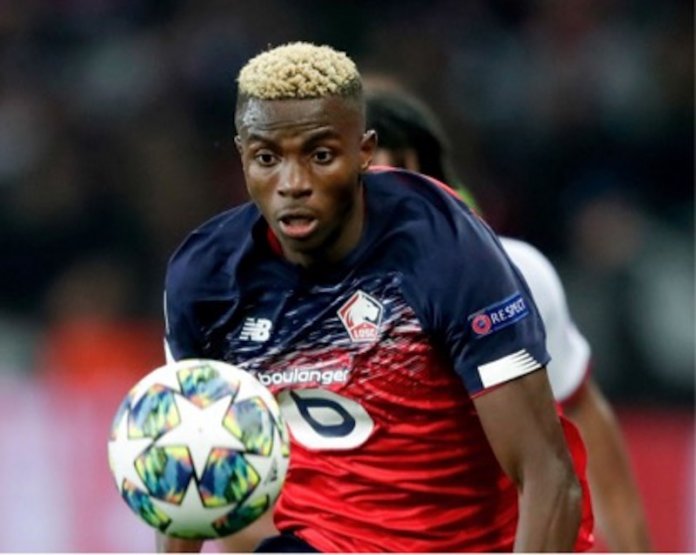 Brazilian star, Neymar (PSG) and Wissam Ben Yedder (Monaco) were also listed as the best players of their respective clubs.

His speed and finishing prowess have been commended.

The 2015 Under-17 World Cup winner Osimhen has scored 18 goals in all competitions since his arrival at the beginning of the season from Belgian club Sporting Charleroi.

Sky Sports reported recently that two Premier League clubs and another from the Spanish La Liga have submitted bids for Super Eagles forward.

The Lille striker has been a top target for several top clubs in Europe after he netted 18 goals for Ligue 1 side Lille this season.

Arsenal, Manchester United, Tottenham Hotspur, Liverpool and Chelsea are among the clubs who have been linked with Osimhen.

Barcelona are believed to be the Spanish club keen on the all-action striker.

Lille snapped up the Osimhen at the start of the season from Belgian club Sporting Charleroi for about 13 million Euros.

They are now prepared to sell him for around 80 million Euros.

The Super Eagles striker himself has said Lille will decide his future.