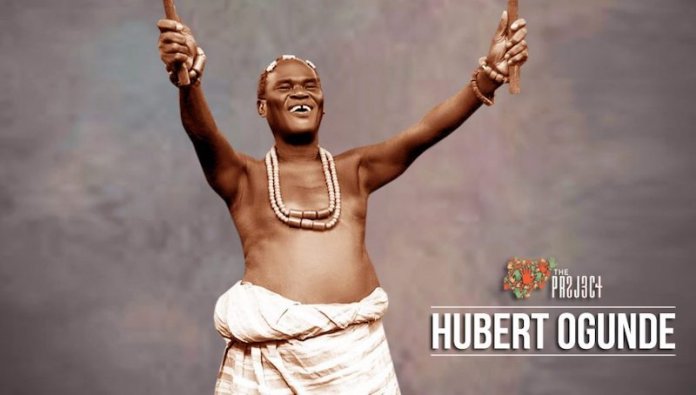 On Tuesday February 18 2020, while on a desk study, I came across this news on the wall of The Punch Newspaper: “Reps order 400 exotic cars, reject Nigerian brands.” All the360 House of Representative members want 400 units of Toyota Camry 2020 priced between N26.75m and N35.75m totalling N6billion — excluding the cost of shipping, import duty which is 70 per cent of the net cost and other clearing charges and taxes .

The lawmakers rejected Innoson Vehicles Manufacturing, a Nigerian brand based in Nnewi, Anambra State. This is in a country where unemployment rate is 33.5 per cent in 2020 according to the National Bureau of Statistics. This unemployment rate contributes to the high rate of crime like mass murders, insurgency, militancy, armed robbery, kidnappings, fraud, ritual killings, suicide and drug abuse among others. Indeed, Nigeria was declared ‘the global poverty capital by the World Bank in 2018.

Many youths of today might not be very familiar with the name, but for those born in the 50s,60s,70s and early 80s, Hubert Adedeji Ogunde was a Colossus whose many works of art queries government officers’ malfeasance and bungling. Ogunde was jailed several times for standing on the side of his employer — the masses.
Ogunde was born on Monday, July 10, 1916 to Mr. Jeremiah Dehinbo Ogunde and Mrs. Eunice Owotunsan Ogunde, in the small ancient town of Ososa in the heart of Ijebu Province (presently under Odogbolu Local Government).

That son would grow to become a teacher, police officer, teetotaler, human rights activist, seer, folklorist, actor, playwright, musician, dancer, dramatist and nationalist. The 4th of April 2020 makes it 30 years since his transition.
Ogunde was completely fearless and selfless. He would not sing or act to please. For instance, in 1944, Ogunde added his voice to the agitation for independence by writing thought-provoking opras. The colonial masters were infuriated by such plays as, Israel in Egypt (1944), Nebuchadnezzar’s Reign and Belshazzar’s Feast (1945), Worse than Crime (1945), Strike and Hunger (1945), Tiger’s Empire (1945), among many others.

Ogunde was arrested, jailed and humiliated. He earned himself series of bans for standing for the truth and what was right.
Moreover, Ogunde was an outspoken political commentator, ready to take great risk — including the destruction of his Theatre — to fight for the freedom of his people from colonial rule.

According to an Editorial in Zik’s West African Pilot Newspaper (1947) “Ogunde’s preoccupation with the projection of the cultural as well as the political identity of his people were enough for the nationalist movement to brand him ‘a genius’ who did not seek ‘wealth or fortune’ …nor self inflation or any other artifice of fame; a genius who was once a poor police officer, perhaps sharing with three others a ‘ten by eight’! A day came when he sat down and composed nature airs and dramatized them and by 1947, had become ‘Nigeria’s Theatre King’ … It takes courage to take risks and determination to forge ahead in spite of man-made handicaps. Good luck to Hubert Ogunde.”

While many artists, musicians, writers, clergymen, journalists and social commentators of today are working as mouth-pieces for the government in power and economic profiteers, artists of the old were mainly into the ‘Complementary Institution’ saddled with the responsibility of talking for the people and checking abuse of power. Sadly, that role is today bedevilled by corruption and monetization which has seen the Complementary Institution compromised and sucked into the pit of misrepresentation. It has thereby become a tool to torment the poor, who look up to be saved by the Complementary Institution.

Today, British rule is gone; but we are now under new colonial masters — the egocentric elite. These are mainly politicians who rule through the shackles of poverty, insecurity, poor infrastructural facilities, death traps called roads, darkness called light among other evils.

After Nigeria gained her independence in October 1, 1960, Chief Obafemi Awolowo who was the leader of the Yorubas and former Premier of the defunct Western Region was conspired against. He was jailed 10 years over a trumped up charge of ‘treason’. Awo’s detractors were so happy. It was during this period of jubilation that Ogunde and his troupe were invited by the new Western Region government headed by one-time best friend of Chief Awolowo, Chief Ladoke Akintola, to present plays. Chief Ogunde unveiled two plays; Yoruba Ronu (Yoruba Think) and Otitokoro (Truth is bitter).

Yoruba Ronu was a prophetic play that lampooned the government and foretold the political future of Chief Akintola and his followers. In 2017, Adedara Oduguwa translated the Yoruba Ronu into English in his unpublished book Hubert Ogunde: Odyssey of a Renowned Nationalist. The summary:

There lived a king in Yorubaland named Fiwajoye. This king was so powerful and popular among the people of his kingdom. It was a time of plenty.
But his second-in-command, Ekeji-Oye was envious and wanted the king to be dethroned so he could be king.
Ekeji-oye therefore betrayed the king and the Yorubas into the hands of an enemy,Yeye-Iloba, who conquered the king and his people. After a harrowing servitude during which King Fiwajoye and his people were maltreated and humiliated, the Yorubas fought and won back their freedom. And the fortunes of the Yorubas were restored several folds.

Ekeji oye was subsequently banished from Yorubaland.”
Chief Akintola and his ministers stormed out of the hall mid-way through the play; they believed the drama was a ridicule of their government. The general interpretation was that Chief Awolowo was Oba Fiwajoye (who at the time was being jailed for treason), while Yeye-Iloba represents Yorubas’ enemies.

The following day, Chief Akintola’s government slammed a ban on Ogunde Theater for two years (1964-1966) in the Western Region where 80% of his fans resided. Consequently, no one could buy or play Ogunde’s songs on radio or at home. It was a turbulent time for the creative actor and father of Nigerian theater. But then, Ogunde’s prophesy (Yoruba Ronu) came to pass, just two years after the play was first staged. Chief Akintola and 21 other top government officials, including the Prime Minister, Alhaji Tafawa Balewa were assassinated in the January 1966 coup. Subsequently, Chief Awolowo regained his freedom, rose to become the first de facto second-in-command under any military regime in African, and also Nigeria’s Federal Minister of Finance.

After 30 years of Ogunde’s departure, the truth is still very bitter; Yorubas are yet to think; Israelites (Nigerians) are still in the Egypt of want, unemployment, bad leadership, insecurity, poverty, diseases, poor infrastructural facilities, Nigerians are still in the tiger’s empire. etc, etc.

Ogunde served only the masses. And in the process, made a name.
Amidst the present incessant killings in Nigeria by the Boko Haram, ISWAP, Fulani herdsmen, insensitivity of governmen, musicians scramble for money and not for social engineering.

How can there be peace when clerics do not preach the truth but preach to please? How can there be jobs when public officers are now king Nebuchadnezzar that listens to no opposition? Are the Yorubas not in another train to Iloba?
Fortunately the legend has been immortalised through the Ogunde Living History Museum located in Ososa, and his son, Chief Ayo Ogunde installed as Baba-Oba Gbegande of Ososa owing to the family’s continued contributions to the Ososa Community.