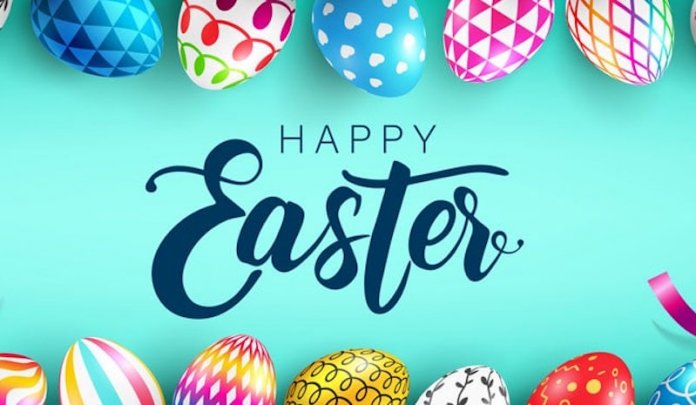 I once told someone that Easter is a pagan holiday that was brought into Christendom (not Christianity), and he looked at me smugly and proceeded to open Acts 12:4 in the King James Version and pointed to the word Easter in the verse below:

“And when he had apprehended him, he put him in prison, and delivered him to four quaternions of soldiers to keep him; intending after Easter to bring him forth to the people.”

When he saw that I was calm, he accused me of being demonically possessed. At that point, I opened the same verse in the New Testament originally written in Koine Greek, where that verse was originally lifted from. In the original Gospel, the word translated Easter is naoxa Romanised as Pascha, which is the Greek word for Passover.

So, where did the KJV get the word Easter from? From men. Not from God. You see, the King James Version is a Bible written with an agenda. It is not reliable. It will mislead you. And can literally take you to destruction. It is a historical fact that it was translated by men who had a connection to the occult.

Easter has nothing to do with Christ. It is a European pagan holiday. Look at what the Europeans (who originated Easter) do during Easter. They give out Easter eggs and chocolates or cakes made into a rabbit.

What do eggs and rabbits have to do with Christ? Nothing. What do they have to do with His resurrection? Nothing. Eggs and rabbits are a symbol of fertility. An egg means a life is in the shell, and a rabbit is one of the most fertile mammals in creation.
So, why are both used during Easter? Because the origin of Easter is that it was a pagan holiday meant to celebrate the goddess of fertility named Eostre. And if you continue to dig deeper, you can trace this goddess to ancient Egypt.

The word Easter is of demonic origin. 2 Timothy 3:16 says:
“All Scripture is inspired by God and is useful to teach us what is true and to make us realize what is wrong in our lives. It corrects us when we are wrong and teaches us to do what is right.”

Let’s ponder on that for a while. If Scripture is “useful to teach us what is true”, then what Scripture backs up Easter? We must celebrate the death, burial and resurrection of Christ, but that celebration is the Passover. We know precisely when Christ died.
Christ died on the 14th day of the Jewish month of Nisan. We know how Scripture tells us to mark His death, burial and resurrection.

We do this with the Holy Communion:
“For I received from the Lord what I also passed on to you: The Lord Jesus, on the night he was betrayed, took bread, and when he had given thanks, he broke it and said, “This is my body, which is for you; do this in remembrance of me.” In the same way, after supper he took the cup, saying, “This cup is the new covenant in my blood; do this, whenever you drink it, in remembrance of me.” For whenever you eat this bread and drink this cup, you proclaim the Lord’s death until he comes.”-1 Corinthians 11:23
The above Scripture is the truth and the authority for which we should mark the death, burial and resurrection of Christ. How does it relate to the current practice of Easter?

Many people will read this and come up with elaborate rational, mental, philosophical or emotional arguments. But should we be led by such, after 2 Timothy 3:16 has warned us that only Scripture should be our guide?

Paul warned us about these days in 1 Timothy 4:1:
“The Spirit clearly says that in later times some will abandon the faith and follow deceiving spirits and things taught by demons.”
Now, what is the undisputed origin or Easter? It is historically a festival to a Germanic pagan fertility goddess. This is the same holiday we are celebrating in the name of Christ? Think about it.

If you have doubts about the origin of Easter, you should not take my word for it. Do your research. After all, 2 Timothy 2:15 says ‘study to shew yourself approved’. Don’t just swallow everything your pastor, or denomination tells you hook, line and sinker.
Be like the Berean Christians of whom it was testified as follows: “Now the Berean Jews were of more noble character than those in Thessalonica, for they received the message with great eagerness and examined the Scriptures every day to see if what Paul said was true.”
Do not just believe what I have written above. Open Scripture. Search it yourself. Christ did not teach Easter. His disciples did not teach or practice or celebrate Easter.
Easter was not invented until 325 years after Christ’s death when the Council of Nicaea decreed in 325 AD that Easter should be observed on the first Sunday following the first full moon after the spring equinox.

Please do not believe. Assume that I am a liar. Go and carry out your independent research. Do not just assume that everything they do in church is Godly. Be mindful of 2 Corinthians 11:14, which warns as follows, “satan himself masquerades as an angel of light.”

Look at Muslims. I admire them for something. Their mode of worship and their festivals have not changed one bit. It is still as it was when Mohammed handed it over to them. When Christ was dying, His last words were “it is finished” (John 19:30). So why are we allowing men to reopen and amend what Christ finished?

In conclusion, we should be mindful of Galatians 1:8, which says:
“But even if we or an angel from heaven should preach a gospel other than the one we preached to you, let them be under God’s curse!”
I have spoken my conscience, as led by the word of God. If you like insult me, attack me, and discredit me. What did Christ say?
“Remember what I told you: ‘A servant is not greater than his master.’ If they persecuted me, they will persecute you also.”-John 15:20

Reno’s Nuggets
Don’t dominate people. They will rebel against you. Rather, dominate yourself and people will nominate you as their leader A true leader does not only improve others. He focuses on improving himself because the best preaching is to be a role model Leadership comes from actions you take, not the position you occupy. Being the boss does not necessarily make you the leader A leader who does not READ can’t LEAD his people. He can only LID them by being the lid that blocks their progress in life
#FreeLeahSharibu #RenosNuggets.