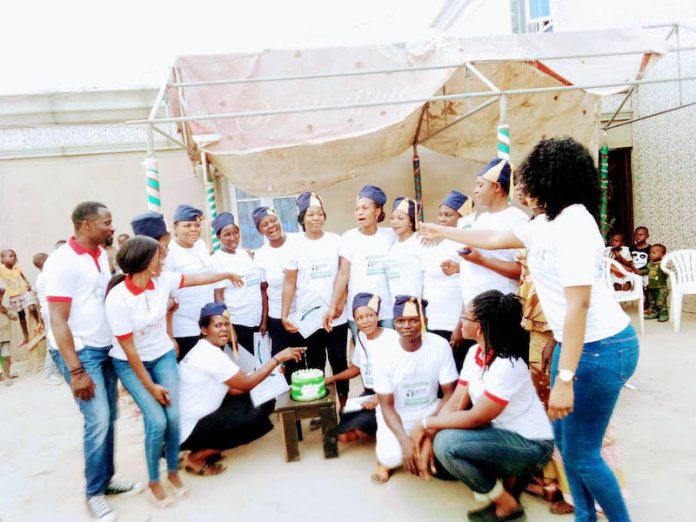 In an effort to raise their standard of living, thereby alleviating poverty amongst their families, Street Business School has empowered not less than 30 indigent women in the Federal Capital Territory, Abuja.

The Street Business School by SI4DEV is a six months mobile business training designed to serve the unique needs of individuals living in poverty by enabling them to be agent of change, supporting them to start sustainable business ventures such that they can have a reliable income stream long into the future.

Operation/Publicity Manager, Patricia Okolo, while speaking recently on the sidelines of the graduation ceremony for first set of beneficiaries in Orozo and Lugbe-kauta communities in F.C.T, said that the aim of the program was to empower women to develop business concept with or without finances.

“We started in August, 2019, with the recruitment and selection process, and was delivered in six communities in Nigeria. 96 people enrolled for the programme in Bayelsa state (Yenegwe community), Abuja (Orozo and Lugbe Sauka Kahuta community), Kano state (Sabon gari 1 and Sabon gari 2) and Lagos state (Ikotun Community).

Okolo, said: “that the programme is done in rural communities for women in order to plug the poverty gap and make them self sufficient going into future businesses.”

She stated that the 30 graduands were among the first set of beneficiaries in Nigeria. “This is the first batch we are having so far in Nigeria involving six communities, three States, and two locations in Abuja.”

She further revealed that during the training, they taught the women how to generate capital either by doing minimal jobs that didn’t require much of their time, cleaning and doing other things to generate little funds and then starting one or two businesses,

“This is a mobile business classroom with trainings held in the local communities. It is a LOVE + Business model that seeks to bring marginalised people around the planet into self- sufficiency.

“So the programme has really changed their lives and we believe in the next three month they will be self sufficient and be able to help their families.”