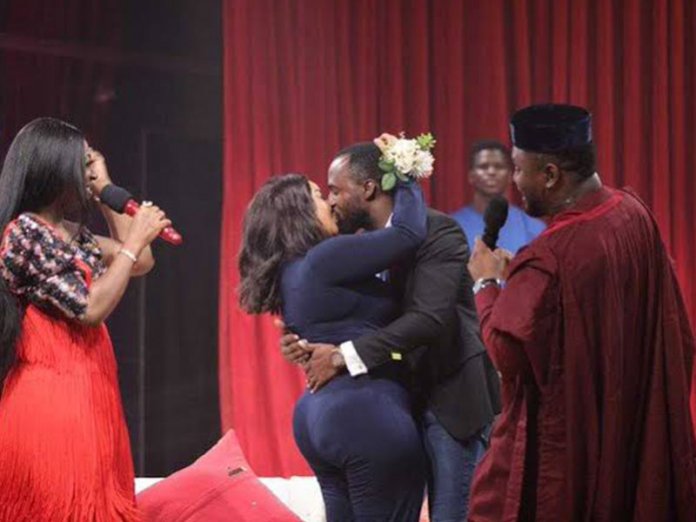 The first season of Ultimate Love came to an abrupt but nail-biting end last Sunday. Earlier scheduled to run for eight weeks, the show only aired for seven weeks due to the spread of the novel coronavirus in the country. Notwithstanding, fans of the show tuned in on Sunday afternoon to watch the grand finale and shared their expectations on the microblogging site Twitter. Throughout the duration of the live broadcast, Ultimate Love was the number one trending topic on Twitter in Nigeria. That was good news for the organisers, MultiChoice Nigeria which aimed at making a positive statement with the dating reality TV show. As its first home-grown reality show, it hoped that the love concept would attract more viewers.

Ultimate Love saw 23 contestants enter the Love Pad for a chance at love. One of the contestants Uche, however couldn’t start the scheming and pressure of the show and voluntarily exited. The 22 contestants eventually paired with their prospective partners. Each week witnessed the couples interaction with the season’s counselor Aunty (played by Adesuwa Onyenokwe), tasks and games, as well as the dreaded part of the competition: nomination. The contestants were made to nominate each other on the Sunday live show, afterwards the names of the nominees as well as their nominators were announced by this season’s hosts Dakore Egbuson-Akande and Oluwaseun Olaniyan.

The live nominations usually sets off a series of drama. From accusations to confrontations, the process puts contestants under pressure.

For the seven weeks the show aired, viewers followed the contestants in their love journey, watched them bicker, argue and find love. They were also captivated by their various cultural task presentations of different parts of the country. Each week, viewers had the opportunity to save their favourite couple in the show.

One by one, the least voted couples were ticked off until the final week where seven couples were left in the game: ObiEbi, PreshDavid, Roksie, DoubleChris, Bolar, Iykeresa and Chivia. By Wednesday of the final week, two couples ObiEbi and PreshDavid were eliminated from the show.

The remaining contestants waited with bated breath on Sunday as their fates were finally revealed.

Chivia was the first to be evicted, followed by DoubleChris, then Bolar. The coveted title of being the show’s first winner was now down to Roksie and Iykeresa. After much anticipation, Roksie emerged the winner of the game. An excited Kachi sprang up and threw his cap away while his beau Rosie hugged Theresa and Iyke.

Winning the show automatically fetched the couple a N5 million cash prize but they would have to commit to the relationship. Kachi was asked by Olaniyan to express his commitment to Rosie which the former did, vowing to love her as they leave the four walls of the Love Pad.

Apart from the cash prize, the couple would have to stay in love for a period of 90 days and ready to settle down. Should they meet this requirement, they are entitled to N10 million lavish traditional wedding. The last prize which is a well furnished home will only be redeemable after the couple had lived together for 12 months.

In the long run, the journey to ultimate love has only started for the couple. Viewers will be observing how they would navigate the cultural differences. Rosie is a preschool teacher from Ogun state while Kachi is a serial entrepreneur from Imo state. There is also the extended family to consider. Will they respect the couple’s decision to stay together? Indeed, the coming months will be interesting for this couple who had a rocky start in the beginning. Rosie has already settled for David Wilson and was so sure they would be paired together. She would later be disappointed by the young chap who chose Presh Talker, one of the contestants that joined the show a few days after it premiered. A heartbroken Rosie was left with Kachi. At first, Rosie resisted Kachi’s affectionate gestures but with time, the young man found a way to her heart and melted the ice caging it.

Ultimate Love to a large extent was a good show that brought to fore different issues faced in a relationship. Couples had the opportunity to talk about trust, understanding and their sexual lifestyle with Aunty and other professionals.

The show organisers also used the platform to promote the diverse Nigerian cultures and the traditional way of courting a woman. From giving contestants portmanteau loaded with cash and other gifts, to romantic gestures such as serving their partners breakfast in bed or writing love letters.

Of all the gifts promised the winning couple, the promise of a N10 million lavish traditional wedding seems a bit overboard. Traditional marriage is one of the recognised marriages in Nigeria but what happens if the couple decides to have a white/church wedding? At least, most women dream of walking down the aisle in a white flowing wedding gown. Will they have to rob a bank to meet the standards of their traditional wedding?

Of course, the couple would immediately assume a celebrity status as winners of the game, and as such, must live the hype. But wouldn’t such grandeur defeat the main objective of the show? For couples to find lasting love?

Who knows, the couple might be content with the traditional wedding. The coming months will definitely give us a clearer picture of the direction of Roksie’s love story.