The governor, who was at Maimalari Army Barrack in Maiduguri, said each family of the 47 fallen heroes would be given N500,000 cash, “which should not be seen as compensation for the lost priceless lives but as social protection considering the tough economic times caused by COVID-19 inspired lockdowns across the country.”

Zulum, received by the G.O.C, 7 Division of the Nigerian Army, Brigadier General A.K Ibrahim, was at the barrack to convey condolences and solidarity with the authorities of the military’s counter-insurgency operation in the Northeast, Operation Lafiya Dole.

The governor said: “The Government and people of Borno State shared the grief of the Nigerian military, particularly those of bereaved families of the soldiers who died last week at a time the country is faced with pandemic. We pray for the repose of these gallant soldiers and we salute and appreciate their supreme sacrifices.

“Nothing can compensate for losing these precious brothers and patriotic Nigerians. We commiserate with their families and because we are at a tough and unprecedented times, the government of Borno will support each family with N500,000.
“Importantly also, we hope the unfortunate incident will not dampen the spirit of our gallant military in our shared fight against Boko Haram.”

The Borno Governor, who also used the occasion of his visit to address widows and other family women living at the Maimalari barracks, directed that an accurate and verifiable list of all widows and family be compiled with each identifying her choice of small scale business and bank account details attached to every name so that government can transfer startup capital to them.

He said: “You the widows and those married women with children have borne the impact of the sacrifices made by your soldier-husbands. We know your pains and we share them. We are mightily proud of your husbands and we salute them and you who stand by them. We will support you in ways we can and we will support you directly through your bank accounts so that you start business and boost the ones you are doing” Zulum said to the ovation of the women.

The governor also told soldiers at the Maimalari barrack that he would be releasing additional transformer to enhance power supply.
The governor, as confirmed by the 7 Div GOC, had weeks back released a transformer which were already being used at the barrack.
The Governor also used the occasion of his visit to promise the renovation of a dilapidated primary school used by children of soldiers at the barrack in order to increase their access to education.

The soldiers and their families expressed gratitude to the Governor whom the GOC, General Ibrahim described as a true father that has accorded genuine support and empathy for the military.

Osun Urges Citizens Outside State to Stay Put, Retrieves Stranded citizens
The government of Osun State has urged citizens and residents of the State that are currently out of the country, to stay put in their countries of residence, as it was generally hazardous for persons to relocate as a result of the Coronavirus.
This came as some indigenes of the State who reside in a neighbouring francophone countries were denied rite of passage through Ogun State on their way back to Osun.

Prince Wole Oyebamiji, the Secretary to the Government of Osun, who made this known in a statement on yesterday said the government was already making logistical arrangements to convey the stranded citizens back to the State.

The statement reads in part: “the State Government of Osun has been notified by the Ogun State Government that some indigenes of our State, coming from a neighbouring Francophone country, have been denied the right of passage through Ogun State to their destination.

“As a responsible and responsive government that places premium on the lives and well-being of its citizens, we are already making logistical arrangements to convey our citizens back to the state with the full compliments of the state’s security. We cannot afford to have our citizens marooned or abandoned.

“We urge other citizens of our state that are currently out of the country, to stay put in their countries of residence, as it is generally hazardous for persons to relocate in these trying times.”

The SSG added that as a precautionary measure, the affected people would be tested for the Coronavirus and certified free of it before they would be allowed to rejoin their families.

“The State Government shall convey these members of its citizenry to Ejigbo, where they hail from. They will be screened in this place before rejoining their families, if certified free of the coronavirus,” he said.
Oyebamiji also revealed that the State government may soon shut its land borders and may not be able to retrieve returnees to Osun going forward.

“The Government may be shutting our own land borders soon and may therefore not be able to retrieve such returnees from the borders of other states if they are denied passage,” the SSG disclosed. 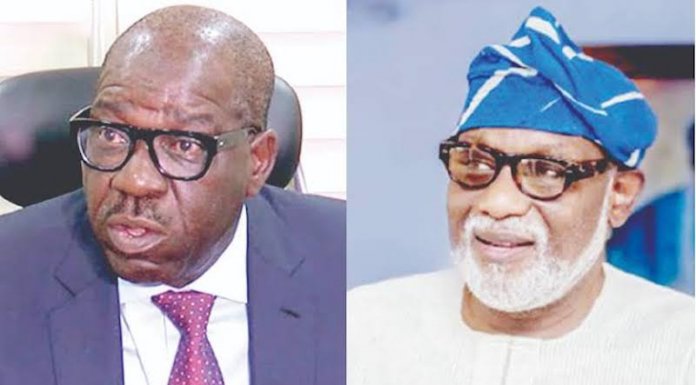