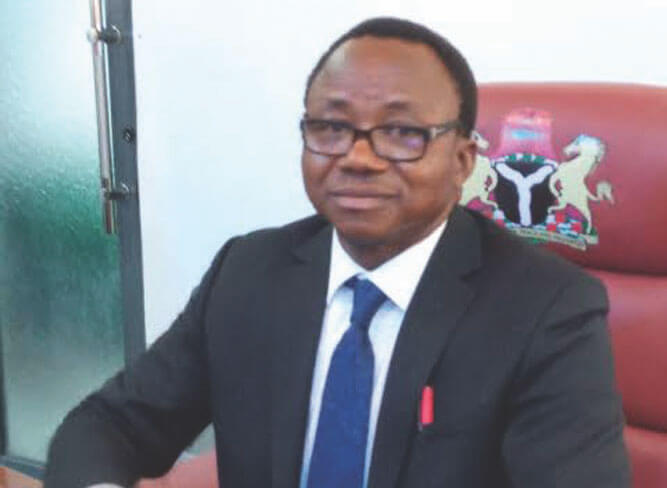 Speaker of Edo State House of Assembly, Mr. Frank Okiye, who recently returned from the United Kingdom, is the first confirmed case of Coronavirus in the state.

The Deputy Governor, Mr Phillip Shaibu, who disclosed this on Wednesday also said Governor Godwin Obaseki had gone into self isolation as a precautionary step following contact with Bauchi Governor Bala Mohammed and chief of staff to the President, Mallam Abba Kyari, both of whom have tested positive.

“He (Speaker) sent his sample for testing and the test came back positive. He is in a stable condition and his family members have been tested and the tests came back negative”, the deputy governor stated.

He noted that the two persons the speaker got in close contact with were his wife and daughter whose samples had been taken and the result came out negative.

The National Centre for Disease Control.had announced on Monday that Edo had recorded a confirmed case of coronavirus, but did not mention the individual who tested positive

According to Shaibu, Obaseki went into self-isolation following his close contact with the Bauchi State Governor, Senator Bala Muhammed and the Chief of Staff to President Muhammadu Buhari, Mallam Abba Kyari, who had both tested positive.

He said, “On his own, the governor avoided meeting with everybody when he arrived Benin from Abuja and has maintained social distance before going into self isolation.

Meanwhile, Shaibu said 101 persons were being tracked by the state government, adding that 64 have gotten in touch, six have been isolated and five samples taken.

The deputy governor urged residents of the state to help curtail the spread of the disease.

He listed the measures as the procurement of 40 drums of hand sanitizers to be distributed to all local government areas, palaces and other public places.

Besides, he said government still maintained that gathering of persons above 20 persons should be strictly adhered to.

He said markets remain closed except for those selling essential commodities such as food items and medicine, adding that the state COVID-19 Response Committee would continue to meet on daily basis to review the situation.