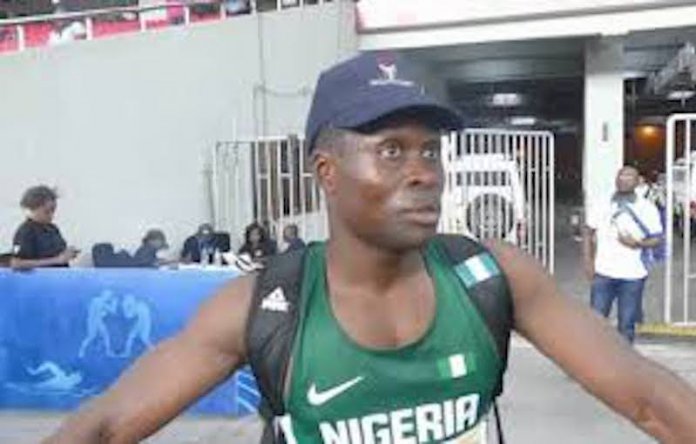 Sprinter, Ogho-Oghene Egwero and quartermilers, Orukpe Eraiyokan and Patience Okon-George jumped to the front of the queue as favourites in their respective events as the final countdown begins for the 20th National Sports Festival holding in Benin City, Edo State.

The trio put up impressive performances in the dress rehearsal for the athletics event of the Festival tagged Test The Track Competition held at the ‘brand new’ Samuel Ogbemudia Stadium at the weekend.

Egwero, a multiple national 100m king proved he is still a strong force in the blue ribband event he once dominated, stopping the clock at 10.23 seconds to win, a personal season’s best and the fastest time run by a Nigerian so far this term. It is also the third fastest time he has run in the event since 2018. It was also the third time this season he has dipped inside 10.30 seconds, the only Nigerian to have done that this season and has now laid down the marker for Enoch Adegoke, hitherto the favourite for the Festival 100m gold who won in the first AFN organised meetings this year and Idjesa Uremu who ran 10.32 seconds to place second behind Egwero in Benin. In the men’s 400m, 2015 African Games finalist, Eraiyokan proved talent is permanent as he raced to the top of the Nigeria list with an encouraging 46.42 seconds performance to win the race ahead of Sikiru Adeyemi (47.43) and Atanda Akindele (47.47).

The 27-year old Eraiyokan is the seventh Nigerian man to run inside 45 seconds over the quartermile following his incredible 44.95 seconds performance in Brazzaville, Congo in 2015 and he now looks to be one of the athletes host state, Edo will be banking for gold.

In the women’s version, Okon-George sent a strong warning to 2019 Nigeria leader and World Athletics Championships semifinalist, Favour Ofili with her impressive 51.84 seconds performance to win the event ahead of Efejiro Praise Idamadudu (52.76) and Glory Patrick (53.85).

She is now the fastest Nigerian so far this year over the distance, supplanting Ofili who ran 52.54 seconds in Ado Ekiti a fortnight ago. She has now broken 52 seconds every season since she ran 51.87 seconds in Calabar in June 2013. Like Eraiyokan, Okon-George is one of the seven Nigerian female quartermiler who have dipped inside 51 seconds and her 50.71 seconds performance on her way to a silver medal finish over the distance at the 2015 African Games is the fifth fastest time ever run by a Nigerian. Meanwhile, Athletics Federation of Nigeria (AFN) President, Olamide George is delighted with the performances of the athletes and believes they are positive signs as Nigeria strives to qualify for the relay events of the Tokyo 2020 Olympics.

George is specially delighted the athletics event of the Edo 2020 National Sports Festival will be live on television.

“This is unprecedented in the history of the Festival and I want to thank the government of Edo State for trying to redefine how the Festival is organised. “We plan to take advantage of that and discus with SuperSport Nigeria, the host broadcaster for the Festival. We promise to deliver a world-class event in a world-class arena that the Samuel Ogbemudia Stadium is,” he said,adding that the stadium will host many AFN events after the Festival and in the coming years.