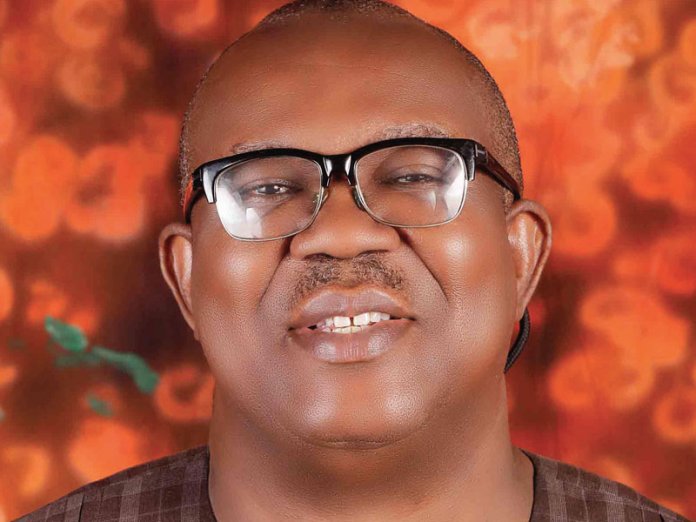 Elliot Ugochukwu-Uko, Founder of Igbo Youth Movement argues that there is an urgent need to conclude the business of restructuring Nigeria

The continuous silence of the authorities in the face of the twin scourge ravaging the land, namely, the ruthless brigandage of the Fulani herdsmen and blood thirsty Boko Haram warriors, and their seemingly free reign, has become odious.

The slaughter, abduction, beheading and rape, currently trending all over, is to say the least, frightening and sickening.
That state governors have found the courage to hurriedly establish regional security outfits, is a loud confirmation, that Nigeria is heading towards the abyss. That 200 million Nigerians have had enough, may actually, be an understatement.

But what is really worrisome, is the continuous unhelpful hypocrisy by the central government, that a piecemeal amendment of the untidy 1999 unitary constitution, would return sanity to the land. Nothing could be farther from the truth. What may be true, is the unpalatable fact, that people in power today, are willing to allow the bloodbath thrive, just so they could hang unto power, deciding the fate of 200 million Nigerians.

People in power today, and their handlers, know all too well, that no amount of constitutional amendment would save Nigeria now, they, therefore should urgently quit exploiting our ethnic and religious divisions in order to sustain their false narrative that Nigeria can survive without fundamental restructuring of the polity into true federalism and regional autonomy, anchored on power devolution, delivered through a brand new people’s constitution affirmed by a referendum.

The ugly sores afflicting the nation today, hunger, poverty and other economic woes bedevilling our land today, e.g. unemployment, violent crimes, corruption that has seized our soul as a people, the damaging self centered political culture of our elite club, loss of hope and faith, as seen by various agitations and the confusion and anger that has enveloped our country, all point to one thing: the unitary structure inspired and enthroned by unelected military leaders, cannot carry the edifice any longer. We either decentralise or crash.

The unitary structure may have helped win the civil war, forcefully wedge the country as one, but it certainly cannot sustain the edifice today, with the ever growing population.

We are clearly passing through the discomforting season, known by political historians as the calm before the storm. Our prayer: May the storm never arise.

But even as we pray, that this destructive cup passes over us, we also know, that it is important we sound a note of warning to the obstinate and recalcitrant people of power today.

Our people have had enough. Our patience and tolerance point, have ran over. We can’t take it anymore. We believe the bedlam and anguish visited on the land could be deliberate.It seems lovers and protagonists of unworkable unitary Nigeria are merely testing the ground to gauge the tolerance level of the people they are scheming to enslave forever.

There are no new convincing excuses, to why the endless stream of blood flowing all over the land in the last four years, must continue. It is obvious, both to the masses of this country and the watchful global community, that it is simply impossible to run the complex behemoth called Nigeria from one unitary structure, sharing monthly allocation to states and issuing directives from Aso villa.

Everybody knows it is not working and will never work. The signs are so clear, even the blind could see it. The pretense and hypocrisy has become sickening. The gathering storm, though avoidable through immediate restructuring, would be disastrous if it is allowed, due to hubris, to fall on us. Those who have ears, let them hear.

Which brings us to General Yakubu Gowon’s statement the other day, that “a lot of injustice has been done to Ndigbo.” General Gowon was endorsing restructuring Nigeria.
General Gowon should kindly make proactive efforts to inspire and influence other leaders from all the regions of Nigeria, especially those who still do not understand that restructuring the polity is good for everyone,to join hands and save Nigeria.

General Gowon should consider the fact that his stature and position would greatly help those apprehensive of restructuring Nigeria to understand that Nigeria would die, if restructuring is delayed much longer.

It’s not about the Igbo, Dear Sir. It’s really about equity, about granting a breath of fresh air to all.Its about empowering the people of Nigeria, opening up the land and creating new opportunities. It’s about growing the economy, accelerating both academic and economic growth. It’s about opening up the Middle-belt, the North-east and North-west. It’s about freeing our selves from stagnation and dependence on mono source of income. It’s about creating a new beautiful, rich and powerful Nigeria and time is running out.

General Gowon, Sir, you do have a key role to play, Sir, in the urgent business of restructuring Nigeria. Your place in history sir, demands that you drive the restructuring of the country in order to save Nigeria