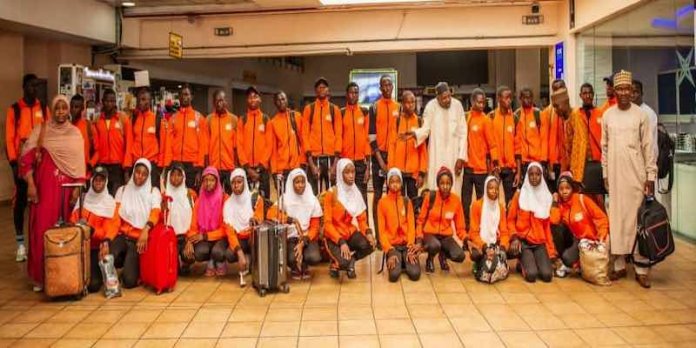 All is now set for the National Finals of the maiden edition of the Maltina School Games following the successful conclusion of the state finals in Abuja, Kano, Anambra and Lagos states.

The Sports Complex of the Yaba College of Technology, Lagos will be a beehive of activities again as Nigeria’s future athletics champions will be testing their pace, might and resilience from from today, March 9th through March 11th, 2020.

This introduction into the school calendar by Maltina brand is designed to promote and foster the development of national unity and raise active kids through sports while impacting over 20 million school children of both participating and non-participating schools.

If the sterling performances recorded at the state finals are anything to go by, then the National Finals should witness even more fireworks.

As expected, the 100metres sprint will be one of the keenly-contested races as many will be eager to know who the fastest schoolboy and girl will be.

Marvellous Chukwukwa of Government Secondary School, Karu who in the 100m boys event recorded a time of 10.52 and Oniomoh Cynthia of EDDS Dutse (both of the FCT) who had a winning time of 11.53 in the girls’ race are heading to the National Finals as the fastest pupils.

The two athletes also have the fastest times in the 200m having claimed double honours in the sprints at the Abuja finals.

Despite their impressive times, however, the two of them are guaranteed a run for their money from the champions from Lagos, Kano and Anambra centres.

The Maltina School Games is a new intervention in school sports by the country’s number one family drink from the stable of Nigeria Breweries Plc.

It involves a series of track and field sporting competitions held pan-Nigeria, as an inter-school sports competition to grow future sports champions in secondary schools across Nigeria.

Outstanding athletes from the Maltina School Games will get a chance to represent Nigeria at international competitions across the world and that could mark a big turnaround in becoming world-acclaimed stars in their respective fields.

It has also been announced that the Overall Best School will win N1 million worth of support for its fourth-coming inter-house sport.

The overall best school is the participating school which has received the most medals during the national finals.

Also, the Overall Best Athlete (OBA) will win a scholarship to any Federal University of choice.

The overall best athlete is the participant who gets the most Gold medals or the best combination of Gold, Silver, and Bronze medals for his/her school.