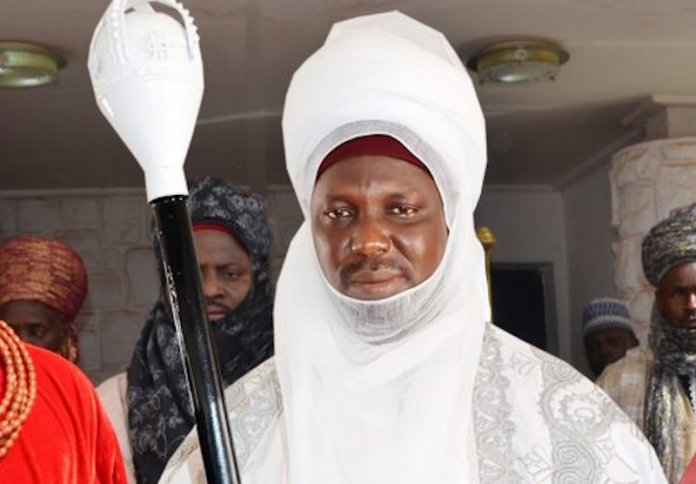 Emir of Borgu in Niger State, Alhaji Muhammed Haliru Dantoro, has suspended some of his councilors for allegedly harbouring some Fulani men in the emirate.

The emir has also set up a committee to investigate the suspended councilors.

A letter suspending the councilors was signed by the Secretary of the Emirate Council, Alhaji Abubakar Jibril.

The suspended councilors, according to the letter, were accused of violating the security arrangements put in place by the state government and the emirate council, which among other things, was to monitor strange people entering the emirate and report such persons to the emir.

The suspension, which is with immediate effect, was also because “the Emirate will not allow anything that will jeopardise the efforts of the government to address the security challenge facing the state and the emirate”.

The emir has therefore set up a five-man committee to investigate the activities of the suspended councilors and in particular find out what led to their issuance of residence letters and subsequently allowing them entry into Borgu emirate without his (emir’s) knowledge for proper documentation.

The committee, which has one week to submit it reports has the Vice Chairman of Borgu Local Government Area, Alhaji Adamu Dodo, as chairman; Alhaji Adamu Isah ( Iyan Borgu); Mallam Saifullah Haruna; and Mallam Abubakar Sadiq as members, with Alhaji Idris Isah (Danburam Borgu) as secretary

At the height of the security breach in the state, Governor Abubakar Sani Bello had held a meeting with all the traditional rulers in the state where he urged them to keep a close watch on their domains and report any suspicious movement.

Borgu emirate had also had its share of security challenge when bandits invaded the area recently causing havoc and kidnapping several people in addition to rustling cattle.