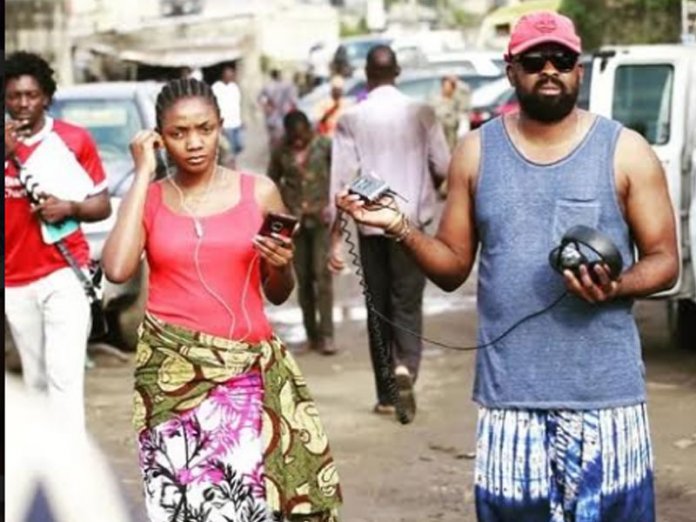 The media was abuzz last week with the news of Netflix foray into the Nigerian film industry. For the first time, the international streaming giant that has set off a streaming war in the United States will be producing original series from Nigeria.

Signs of the new romance have always been there. It started in 2018 when the company announced its plans to order original series from Africa as part of its international expansion. The 2018 South African ‘Catching Feelings’ marked the first African original film for the company. That same year, it acquired Genevieve Nnaji’s ‘Lionheart’ and Chiwetel Ejiofor’s ‘The Boy Who Harnessed the Wind’, both released in 2019.

The successful acquisition of Nnaji’s film triggered a boom of some sort in the film industry. Netflix became the new toast for Nollywood and it was only a matter of time before other filmmakers have their films lined up in the rich library of the streaming platform. By the last quarter of 2019, a great number of Nigerian films were available on Netflix.

To usher in this new romance, top executives of the company visited Lagos recently and launched an official Netflix Naija Twitter account where it announced its presence in Nollywood. At the moment, Netflix has no physical office in Nigeria. According to a report in international magazine Variety, the company will operate from Amsterdam. There are no plans yet to have a corporate office in Nigeria.

Also, the company rolled out its subscription payment in Naira last month. Previously, subscribers paid in dollars. For instance, the basic plan which allows subscribers to stream on one device at a time formerly cost $7.99 (N2,916.35). Under the new feature, subscribers will pay N2900 for the same plan but depending on your bank, the transaction may attract an extra charge of 10%. The bank describes the charge as Dynamic Currency Conversion(DCC). This kind of transaction occurs when a customer is shopping abroad or on a foreign site and selects to be billed in his local currency (Naira) instead of the currency of the country the transaction is being made. At the end of the day, the subscriber pays N3,190. Unlike the United States where it increased its prices between $1 to $2 last year, Nigerians are yet to experience a hike on the streaming platform services.

Still celebrating its presence in the country, the app now has a list of top ten films watched on the platform in Nigeria. As at the time of filing this report, the newly released Netflix original South African TV series ‘Queen Sono’ top the list while Charles Uwagbai directed film ‘The Ghost and the Tout’ sits at number 10.

To kick off the affair, it was announced that the global streamer will be launching two original TV series. One of them is already in the works. Though no title yet, the film commissioned to Nollywood filmmaker and director Akin Omotoso is a sci-fi drama series set in modern-day Lagos that tells the story of a goddess who is reincarnated as a human being to avenge her sister’s death, but must first learn how to harness her superpowers for good. The series stars Kate Henshaw and Ade Laoye and is produced by Rififi Pictures and co-produced by Kemi Lala Akindoju. Omotoso will direct, alongside Daniel Oriahi and C.J. Obasi.

Speaking to Variety about the peculiar challenges that filmmakers in the continent grapple with, Netflix’s Head of African Originals, Dorothy Ghettuba said that the challenges are not unique to Africa.

“We have come across great creatives and great producers who have, for the longest while, been working with what they have, and now we give them the opportunity with this platform and this backing from this company to really do their best.”

She added that filmmakers will enjoy access to 190 countries where the streaming giant has a presence as well as reach over 167 million people. “That is groundbreaking. It’s how do we shepherd them across the finish line?” she said.

While the news was greeted with enthusiasm, there are some filmmakers like Ike Nnaebue who greeted it with mixed feelings.

According to him, the presence of Netflix is a good and bad thing for the film industry.

“Netflix arrival in Nigeria will definitely arouse the interest of other streaming platforms. It’s a mixed feeling for me overall. When they first came into the country, they added value to the content of filmmakers but with time, we began to notice a decline. Moreover, the poor structure of the industry will make it difficult for filmmakers to really get the actual monetary value for their content.”

Nnaebue foresees a situation where filmmakers will accept any offer as long as it foots their bills which he argues is a poor modus operandi for the industry.