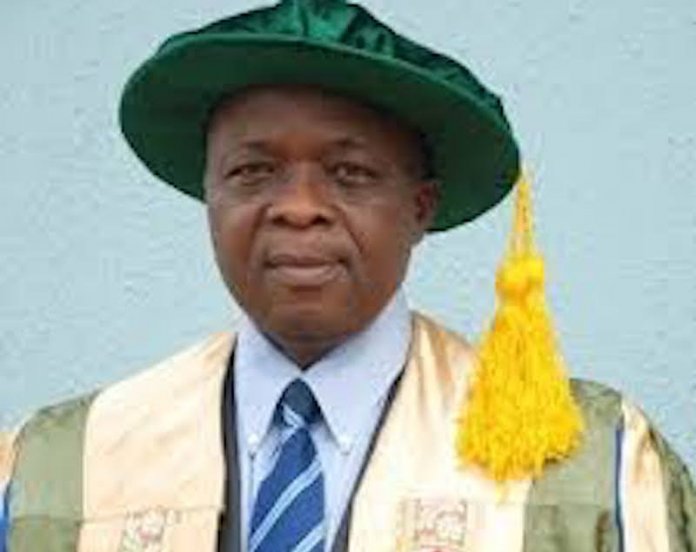 A Professor of Development Studies and former Vice-Chancellor, Tai Solarin University of Education, Kayode Oyesiku has called on the government to revive vocational and technical education so as to aid sustainable development in the country.

Oyesiku, who said this recently at the second Babcock University public affairs forum with the theme ‘Sustainable Development and Nigeria’s March to the Future,’ said he believes that the country’s march into the future is hinged on a holistic implementation of sustainable development strategies.

He said though the Sustainable Development Goals (SDGs) implementation is still sketchy, there is need to entrench some of these goals that would guide Nigeria’s development into the psyche of people.

“If we understand those goals and what they stand for, we would be able to support the policy makers, government and people in the state assemblies to ensure that they integrate these ideas into various policies.”

The don said Nigerians have been showing a positive attitude towards ensuring the achievement of the SDGs, adding that President Muhammadu Buhari had stated at the last UN general meeting that not only had Nigeria endorsed the sustainable development goals, but that government had also started its implementation.

Oyesiku said though the economic growth recovery programme that started four years wasn’t much of a success, he is hopeful that much would be achieved now that government has brought up the SDGs as the rolling development strategy for the country.

“They have started doing that and they have brought some egg heads together to give them a road map in achieving this. Let us give them about two years and see how it goes. I am an unrepentant optimist who believes that it would work out fine.”

He disclosed that Nigeria would be among countries that would meet in New York for about two weeks in July to bring up the review of the achievement of the SDGs and identify the challenges so that they can get best practices across the world in respect of how to resolve some thorny issues, adding that the federal government would be presenting some areas of concerns before the UN review committee for discussion.

In his remarks, the former President/Chairman of Council, Chartered Institute of Bankers of Nigeria (CIBN), Professor Bola Ajibola expressed hope that the implementation of the SDGs would be devoid of the usual talk-shops and officialdom for the country to reap the benefits of the agenda.
He expressed concern that though the academia, government agencies, ministries and professional bodies make recommendations, formulate policies, and issue communiqué, there was always a big disconnect between policy formulation and implementation.

The Professor of Economics said the absence of a central body that would implement, harness recommendations and benefits of these conferences, workshops, seminars and other discourse like NESG, where professionals, government agencies and officials come together to rub minds with the academia and professional bodies was hampering the country’s development.
“We need to saddle a particular institution with that responsibility, which is why we are recommending the establishment of a ministry of policy implementation under the federal government of Nigeria. The time to act is now. Let our passion for a new Nigeria guide our walking the talk.”
Ajibola appealed to Nigerian universities to, not only promote town-gown relationship, but also ensure that academic programmes reflect the needs of a modern day economy like Singapore, Malaysia and South Korea.

“Researches into the present needs of the industry coupled with a reworking of research efforts and making same in anticipation of future needs would complement the implementation of the SDGs and help Nigeria realise the dreams of the United Nations in reducing the prevailing abject poverty in the country.”

The Vice- Chancellor of Babcock, Professor Ademola Tayo, represented by his Chief of Staff, Dr. David Alao, called on Nigerians to always portray the country in good light and contribute to her greatness instead of painting her in bad light.
He said though government may not have been doing enough in areas like electricity, security, infrastructures and roads, Nigerians should be more concerned about how the country, Africa and the world can be transformed through the SDGs.