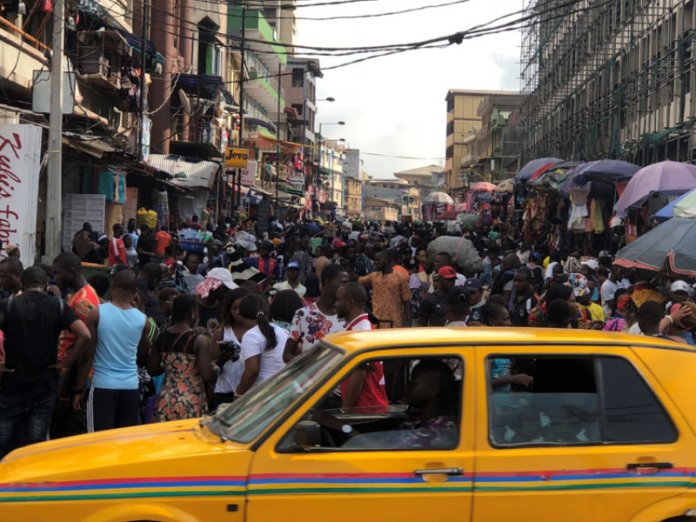 The ongoing debate about the rapid forced and illegal evictions of poor people from their places of habitation in Lagos should primarily also be about the housing shortage mostly affecting the majority population (the poor) in Lagos. Housing deficits are not unique to Lagos, most major cities around the world both in the Global North and South are faced with similar challenges. However, in developed countries, this challenge is handled in ways that do not create further vulnerabilities but rather is done in a more sustainable manner that are respectful of human rights; the basic right to shelter as well as prioritizing this population in planning housing projects.

In Lagos, the reverse is the case, the brutality in the recent eviction of the Takwa Bay and Okun Ayo slum communities in Lagos and the emergence of exclusive housing projects such as the Eko Atlantic and Ilubirin; both of which the intended beneficiaries are the upper-middle class and the city’s elites in a city where the most affected by housing deficit are the lower middle class and the poor.

The Heinrich Boll Stiftung (2017) report on the informal economy of Lagos suggests that 70% of the working population in the city of Lagos earn their livelihood in the informal sector and also that approximately 64.7% live in informal, unsafe, and illegal shelters.

Comparing these statistics to the real estate investment ratio as well as the state government’s choice of housing project shows that beyond the sheer violation of right, the Lagos state government is uninterested in planning the development of the city around is obvious realities. In essence, the Lagos state economy is driven by the key population whose rights are constantly violated without any consequences.

Often this debate around the demolition of slums and its implication for forced homelessness in Nigeria cities often fail to move the violation of rights to the housing solutions that specifically target the poor in cities. The truth is, many of these informal shelters are pitched on lands that belong to the government and private institutions and individuals, yes the government should provide shelter for all, but in reality across the world, city governments are struggling to do so even in developed nations. In Nigeria the situation is even worse, with urban hostile policies that are strategically positioned to create and sustain endemic inequalities, it is uncertain whether or not focusing on forced in the answer. And unfortunately, until this is the case, we will continue to have this social media raves, mislead and unsustained advocacies and making “noise” without any real impact on changing the situation.

If the majority of the city lives in informal shelters, what does (should) this mean about housing/real estate projects/intervention in practical terms? Previously, I reviewed what Lagos should do about slums. This policy brief goes beyond that and focuses on my ongoing case study which is looking at house Tokyo, Japan, a city of 37 million population that has faced similar challenges to Lagos (overpopulation and scarcity of land) yet has managed to overcome that and make homelessness illegal. It does so by highlight what Lagos can learn from Tokyo about housing its rapidly growing population.

Affordability is Intentional and is Government Driven
Compared to the skyrocketing cost of housing in cities like London, Johannesburg, Nairobi or Lagos, the city of Tokyo has consistently provided affordable housing to accommodate its explosive population. In a comparative manner, my case study evaluates house prices and population growth between the years 1995 and 2015. The findings show that, in Lagos, the annual population growth rate is stipulated at 3.2% = 64% within the 20 years period in review, house prices have increased 500% within the same period. While in Tokyo, with 33% annual population growth, house prices have consistently decreased and are presently at 13%. Evidently one city (Tokyo) is bridging the housing inequality gap by planning based on facts, targeting the right demography in order to reduce homelessness while the other city (Lagos) is fueling homelessness and increasing inequalities.

Housing affordability in Tokyo is not caused by free or social housing schemes, as statistics show that less than 5% of houses in Japan are socially provided. And it is also not because Tokyo’s population is shrinking as evidently, Tokyo is growing at a faster pace than Lagos dues to rapid rural to urban migration. Rather, the consistent progress in housing provision in Tokyo is because the supply of housing in the city of Tokyo is responsive to local realistic demands as opposed to the projection of a futuristic megacity. Nationwide, the housing deficit in Nigeria is estimated at 17 million units as of the year 2012, the PWC (2019) recommends that to bridge this gap, 700,000 new units are required annually as opposed to the currently 100,000 new units being constructed. Contrastly, the Japanese government sets out to build a million new houses annually with a high percentage of it being built in populous cities such as Tokyo. In 2018 alone, Japan had 924,000 houses constructed and many of these include slum upgrading and regeneration of certain areas by demolishing and rebuilding houses in the city. This approach in a city like Tokyo where land is a scarce commodity are often smaller one-bed for singles and young working-class people as well as very moderate two and three rooms for families as a means of land rationing to accommodate everyone. This means that even though the land is scarce and expensive in Tokyo, the government makes affordability works for everyone.

Tokyo’s Zoning System is Pro-Sustainable Development that is People-Centered
A thorough analysis of Tokyo’s urban planning framework shows the underpinnings of housing supply in this city is based on a zoning system that functions on by-right based development, rather than the massive land rights and affordability systems for each individual practiced in Nigeria. There 12 main zones in this context ranging from not so viable informal shelter zones to polluting industrial zones. The guidelines are that shelter can be set-up in areas reserved for housing– meaning that areas if a hotel or restaurant was built on a residential area, it can be converted to housing but houses or shelters cannot be converted to hotels or bank buildings, but unsafe houses can be upgraded to fit into the city’s context of safe housing. This approach allows for the housing market to housing needs; ensuring that construction and density are demand driven. In essence, if a former peri-urban area is rapidly developing, old and unfit houses can be demolished and in the cases of the apartment complex, 80% of unit owners must be in agreement with demolition and redevelopment. Although demolitions of slums and shack shelters are common in Japanese cities, it often paves the way for the regeneration of the city that accommodates all classes of people.

Tokyo Shows that Poor and Abusive Politics is the cause of Homelessness in Lagos
The policy aspects are not the only varying factor impacting housing provision for the majority in Tokyo. One vital factor which is also very different in this comparison is the distinction between the politics of housing in Lagos and Tokyo. For example, previously between the years 1946 and 1956, Tokyo was exactly where Lagos today; severe forced and illegal evictions of the poor causing homelessness, this era was highly unpopular with residents and local government as such approach was unsustainable.
What the current affordable housing situation that is highly harnessed by the use of an alternative policy approach primarily driven by government interventions in Tokyo and beyond that entire Japan shows, is that rapidly forced homelessness as induced by government agencies in Lagos is political and intentional. Evidentially, Tokyo has illustrated that housing does not have to be expensive in economically viable cities, but rather that our situation in Lagos is a choice that is based on the futuristic megacity where poor people will become extinct. Lagos’s approach fights the poor rather than poverty.

Because Lagos, like most Nigerian cities were not planned, the current approach will create a never-ending circle of the poor setting up an illegal and unsafe shelter in response to their shelter as accorded to them by their basic human rights to shelter and the government will keep displacing the poor. The core challenge here is the lack of foresight. For example, the Lekki free trade zone where the new international airport is being built will be the new attractive zone of the city in the next five years, but it will also be the area where rapid and illegal eviction of the poor will be happening. What are we doing about mitigating the risk of such vulnerabilities now?

Lagos does not have to copy and paste Tokyo’s affordable housing provision. It could, for instance, focus concurrently on social housing as well as luxurious projects. As for Lagos, reducing the vulnerabilities of the key populations to homelessness will require a thorough understanding of Toyko’s previous struggles with the same issue.

– Rebecca Enobong Roberts is a development expert, consultant and a researcher. She has a decade of experience implementing and managing projects in 21 of 32 states in Nigeria.