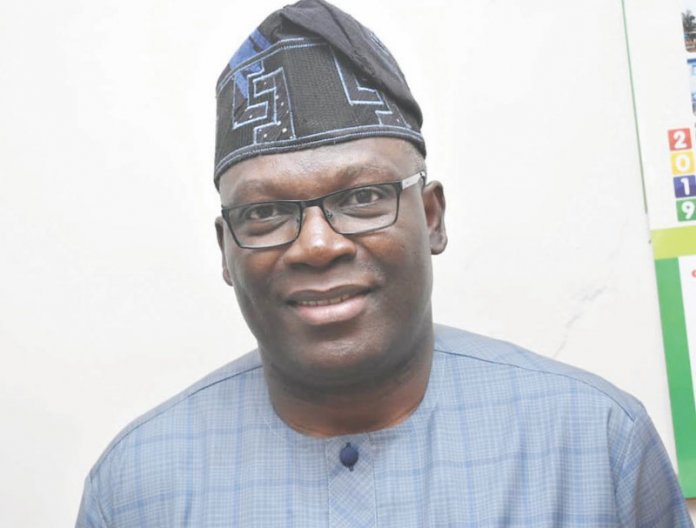 When the Southwestern states announced the formation of Western Nigeria Security Network, codenamed Operation Amotekun, the move created some furore across the country. But Oluseye Oladejo, Publicity Secretary of the All Progressives Congress in Lagos State and former Commissioner for Special Duties and Intergovernmental Relations in the state thinks otherwise. He spoke to Segun James. Excerpts:

When Amotekun was launched, there was this cry that APC National Leader, Asiwaju Bola Tinubu was not in support but he later came out to express his view on the matter. Do you think his position was sufficient?
His position on the matter was very clear. I think some people misunderstood the situation, when some people wanted to leverage on the silence of the national leader on Amotekun. A worthwhile leader will not speak up on an issue when it is still germinating; a leader will need to wait until the fullness of time before coming and expressing an opinion.

And you will notice that when he (Tinubu) eventually spoke, it is more or less everything he said they are using as a template to drive through Amotekun; asking them to follow the rules of law, follow the procedure, asking the attorney-general not to heat up the polity, to meet the stakeholders, asking the stakeholders to be consistent about state security; that there is no template for regional policing.

Amotekun is a child of circumstance. For various reasons, there are lots of security challenges here and there and it has been identified that the more localised security system is better for us. Like people would want to say, criminals are not ghost; they live among the people.
So, if the security apparatus will survive, it will involve a lot of local intakes. I believe all the governors in Southwest are united on the issue of Amotekun, it will augur well for security in the region. Amotekun personnel are not going to compete with other security agencies. Their role is complementary.

But there is the fear that Amotekun could be abused to fester personal interest and an idea to fight the herdsmen. What do you think?
It is not true. We can all see the security challenges and as long as the security challenges are there, there is a need for it. The main business of governor is the security of lives and property of people, which he governs. Security is a pedestal on which there can be development; it is the pedestal we can talk about social infrastructure or any other things.
If there is upheaval out there, you won’t be here sitting down, you will rather stay in your house or your comfort zone. So, it is going to be very difficult and almost impossible for anybody to be able to use Amotekun to settle personal scores. It has nothing with targeting any tribe or anyone. The main thing is to secure lives and property and the people in the various states in Southwest.

How much hope do you have in Amotekun considering the security situation in Southwest and putting into consideration the inability of security agencies to solve the problem?
Security is everybody’s business. It is on the paper that the government should protect us but you need to be concerned about your security and that starts from paying attention to little things; some strange developments and strange faces in your neighbourhood. All these could avert a potential and imminent danger if we pay attention to them.

This is the first time government in this region is officially putting in place something that we can call local security. In the past, when we had OPC, OPC was not a government project. It is possible that in the past, there could be other pockets of vigilante groups in some places but this is the first time it is being formalised at the level of government providing the enablement for them to be able to get the job done.

It gives us cause for hope. It gives us cause to be able to have intelligence and share information. What is important really for me as far as security is concerned is being proactive and not reactive. It is always better to checkmate criminals before they strike.
I think it is cheaper and there will be no need to record unnecessary losses. There is everything for us to be hopeful and that will also be with the collaboration of the official security agencies across the board working with Amotekun and other local security operatives.

Governor Babajide Sanwo-Olu government has been in place for over eight months, what is your assessment of the administration with respect to campaign promises?
Very much on course! There is no denial of the intellectual and institutional experience of those on board. A good number of people making up the Lagos State government now, have been around quite for some time and they are bound to shine.
It also speaks to passion and excellence to deliver various programmes of government. The Lagos State master plan, which is all-encompassing is taking on board all those issues that have been around since the inception of democracy. So, there is every reason to be hopeful.

For many years, the accusation against your party has been the lack of internal democracy. What’s you take on this?
If people at one time or the other benefitted from a peculiar system and for some reasons they are not able to continue to lord themselves over others in the same party and within a twinkle of an eye, they started becoming critics of that same system that they benefitted from, what they called lack of internal democracy is what I have called consensus.

The tradition in our party has always been to agree to what to do, who to put up for certain positions after consensus agreement. Consensus is not total; it is not 100 per cent. Some people will disagree but it will only move forward by taking on board the decision of the majority of the people, the leadership and followership in the party.

If you have benefitted from a particular system before and now it doesn’t favour you, it is morally unacceptable to become a critic of the same system at this point. They might call themselves faction, the question to ask is: who are the people in charge of the party machinery and through which organ of the party were those who were flag bearers at the last election emerged?

Where the party held the mini-congress, which produced three of us who were new members of the Lagos APC executive? Were they participants in it? As far as I am concerned, they are just pretenders and they don’t need such distractions right now. As we continue to count down to the next election, it will augur well if they retrace themselves back to the party.

Many people are of the view that the government has not taken Lagosians in mind with the recent ban on motorcycles and tricycles. Do you agree?
The Lagos State Traffic Law that imposed this partial restriction was passed in 2012, so, it is not a new law. The Sanwo-Olu government is only trying to implement the law passed by the previous administration. The main explanation given by the government for this partial ban is the issue of security of lives and properties.
Anytime a government gives a reason for taking certain action or passing certain law as it pertains to the issue of security of lives and properties, it’s weighty and loaded.

But some argued that government should have provided soft-landing or alternatives for the citizens before the ban?
I agree but we should also be mindful of what could have informed the decision of the government and the exigencies. Is it possible that the government is trying to manage some sensitive information available about apparent and imminent threats to lives and properties of Lagosians?
It is a painful decision, no doubt about that, but it is better one takes difficult and hard decisions, because if at the end of the day something terrible had happened, we will still blame the government for allowing things to happen.

Some people have described INEC as an extension of APC, and with recent happenings, do you agree any less?
I don’t know how they are going to reconcile that with the states APC lost and didn’t enjoy support from any quarters? There are states that we even won overwhelmingly like Zamfara and we ended up not forming a government at any level. These arguments are not consistent with what is on the ground.

I also have to put it on the record that anytime the opposition party wins at any level, especially, at the Supreme Court, it is a rule of law at play. They celebrate to high heavens. But anytime it is the other way round, then, democracy is under threat. We need to take ourselves seriously.

Do you share the argument that Nigerians in Diaspora should be allowed to vote?
I agree provided we can perfect the system and it will not be another opportunity for people to manipulate the process.