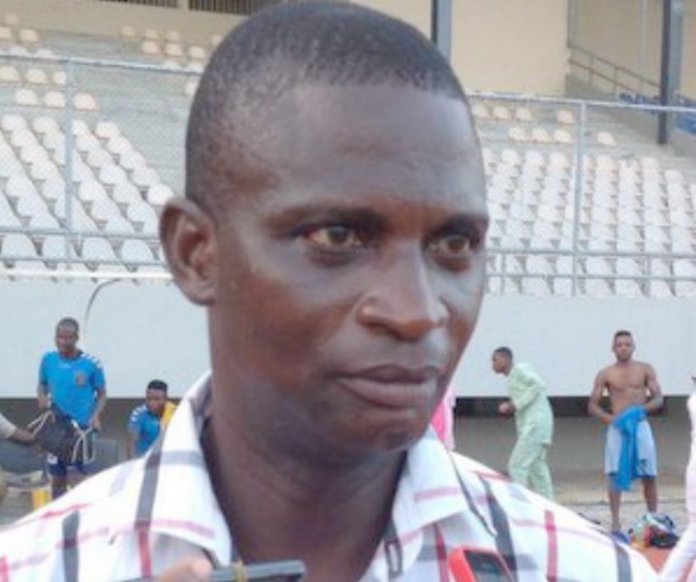 After losing his first two NPFL games as the Head Coach of Enyimba, Fatai Osho has masterminded an impressive change in fortune for the People’s Elephant and his side have now embarked on a good run of four games winning streak.

Osho, known as the ‘Sugar Ball’ exponent has not only instilled the free flowing attacking style in his team, he has also ensured that the reigning champions now have renewed hopes of landing a silverware this season.

Osho’s troops outclassed Abia Warriors in the Abia Derby on Monday morning 4-1; their fifth win in a row in all competitions but they have lying ahead of them, a rescheduled league game just over 48 hours later, at home.

The visiting team are Kwara United who could only get one point out of a possible six against Rivers United in their last two outings. Osho is not oblivious of the threat the Harmony Boys pose to his side.

“Going to the Kwara game, we are quite aware it is going to be a bit difficult because they dropped points at home on Sunday,” began Osho to www.npfl.ng after his side dispatched Abia Warriors in Okigwe.

“In this league, once you drop points at home, you have to go on the road to recoup such points. Kwara United will be coming with that mindset to Aba.

“On our part, we don’t have to get carried away. We enjoyed the victory over Abia Warriors on Monday alone and by Tuesday morningwe have completely forgotten about Warriors and focused on Kwara United because they are coming all out and they will want to change their story by trying to get a point in Aba,” said Osho.

More often than not in the league this season, teams that secured good results on the road have followed it up by dropping points at home. The former Remo Stars boss is quite aware of this phenomenon and reiterates his note of warning to his players.

“On our part, there is no way we will work this hard and throw it away at home,” he assures.

“That is one thing I make abundantly clear to the players; that anytime you go on the road and you get points, you must never go back home and lose it. It would amount to us doing nothing. So, that is the mentality in them and we want to see how much effort we can put in on Wednesday to secure maximum points.”

The good results secured recently by Enyimba have not only come with eye-catching displays but also breathtaking goals. Fans; both partisan and non-partisan have been seen to applaud the quality of goals scored by the side which always stem from sleek movement of players and intricate plays.

That is the part that gives Osho the greatest joy as the trainer of the team.

“There is what I call ‘group consistency’ now in the team with the fact that there are certain things we are doing in our training sessions and as a coach, it is your pride if you come to match situations and you see the players putting it to use. That shows that a lot of learning is taking place at the training sessions.

“This has translated to us winning games and we must ensure the winning mentality remains. We must see every match as a possible win for us and that’s what the boys are taking to these matches and I want it to continue that way,” summed Osho.

With three more outstanding matches after Wednesday’sgame against Kwara United, Enyimba have a sumptuous incentive lying in wait for them; a move to the fifth position on the log should they win the game in Aba. That is surely an incenti