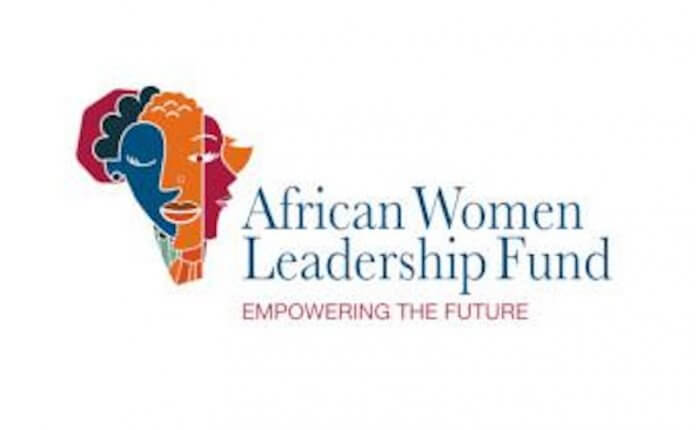 African leaders are putting women front and center of efforts to drive the continent’s economic growth through a game-changing fund that invests in women fund managers and also provides technical assistance.

The launch of the African Women Leadership Fund (AWLF) is expected to provide capital to both first time and experienced fund managers in support of UN Sustainable Development Goals 5 (Gender Equality) and 8 (Decent Work and Economic Growth), and African Union Agenda 2063.

The ground-breaking partnership, formally signed recently in Addis Ababa, between the United Nations Economic Commission of Africa (ECA) and Standard Bank Group, was expected to be transformational in breaking down structural barriers to inclusive investing in Africa.

According to a statement, over $20 million was raised for the fund that has a current goal of $100 million.
“President Paul Kagame of Rwanda was instrumental in leading the way, pledging $500,000. Senegal’s President Macky Sall committed $500,000. South African President Cyril Ramaphosa also pledged to contribute to the fund. The private sector participants pledged the rest.

“Prime Minister Justin Trudeau of Canada pledged $10 million to the African Union to boost gender parity. Norway Prime Minister Erna Solberg pledged $8 million to AU initiatives,” it stated.
According to the statement, a portion of the resources would be earmarked for the women’s initiative.

“We are turning the tables and making women the decision-makers of investable money in Africa. We want women to be on the supply side of money, not only on the demand side,”UN Under-Secretary General and Executive Secretary of ECA, Dr. Vera Songwe said.
A key goal of the fund is to empower women financial leaders who will drive economic growth, job creation, and create prosperity.

In Africa women-owned funds and businesses struggle due largely to lack of successful fundraising, insufficient exposure to systems and procedures, and lack of track records, among others.

They also contend with gender-based social expectation, resistance to women in leadership roles and lack of a support network. The fund will empower Africa’s women by giving them access to financial resources and investment management expertise.

The statement quoted the Chief Executive of Africa Regions, at Standard Bank Group, Sola David-Borha, to have said the fund aligns with the bank’s purpose to drive Africa’s growth and, “presents an opportunity for Standard Bank to leverage our footprint and expertise on the continent, and the relevant experience of our asset management arms, Melville Douglas and STANLIB Multi-Managers, to build Africa’s economies. Africa is our home, we drive her growth”.

Women fund managers will receive a deployment of capital, and subsequently invest in majority female-owned businesses. “Even though the fund is sector agnostic, priority sectors will be education, manufacturing, healthcare, clean energy and agriculture. Additionally, technical assistance for fund managers and entrepreneurs will be offered through the initiative.

“This ranges from building capacity, direct mentoring to leveraging technology in health and education,” it added.
Songwe, emphasised, that, “The goal here is to give women-led financial investment activities a huge injection of jet fuel to bear out the proven positive correlation between gender balance, higher financial returns and developmental impact.”

Linkage Assurance Plc has recorded improvement in both its results for the fourth quarter ended December 31st, 2019.
The company, said it achieved this despite the harsh operating environment.

In its unaudited fourth quarter report submitted to the Nigerian Stock Exchange (NSE), the Managing Director, Daniel Braie, said Linkage Assurance Plc, posted a Gross Written Premium (GWP) of N6.52 billion, as against N5.59 billion during the same period in 2018, indicating a 21 per cent increase.

He said from the business generated in the 2019 review period, the company also recorded a profit before tax (PBT) growth of 902 per cent, moving from N134.7 million in 2018, to N1.35 billion during the review period.

In the same vein, profit after tax (PAT) also grew to N930.24 million, representing a 421 per cent increase from a loss position of N290.12 million during the same period in 2018.
Braie, said the performance was as a result of improved underwriting performance, as well as investment returns, which saw the company coming out stronger during the review period.

The company’s total assets also appreciated by seven per cent to close at N24.72 billion, as against N23.15 billion in 2018.
In the statement to the NSE, Braie, said the company would continue to refine its strategy in line with the political, economic, sociological and technological changes within our operating environment.
Braie, also said the company would continue to develop innovative products, alternative channels of distributions and strategic initiatives that would enable it achieve its corporate goals and objectives.

“With a medium-to-long term perspective, the company believes that it will benefit from growth from these initiatives.
“We will consolidate on the ongoing initiatives to improve our operational efficiency so as to reduce the cost of doing business, improve business processes, eliminate wastages and achieve higher margins in our core business, Braie said.

Zimbabwe’s central bank left its benchmark interest rate at 35 per cent on Monday, citing moderating inflation, as it looked to print more local currency and limit the use of foreign currencies.

Zimbabwe is struggling through its worst economic crisis in a decade, with prices of basic goods soaring and shortages of medicine, fuel and electricity worsening. Hopes of a quick recovery under President Emmerson Mnangagwa are fading.

According to Reuters, the worsening poverty was upsetting the fragile calm that’s prevailed since the 2017 coup that toppled long-time ruler Robert Mugabe. After suspending publication of annual inflation data, which economic analysts put at 525 per cent in December, authorities would resume printing the figures next month.
Governor John Mangudya was bullish on inflation, projecting that annual price growth would dip below 50 per cent by the end of the year. Monthly inflation fell in January to 2.23 per cent.

“Our task is as we stabilise inflation and stabilise the exchange rate. We expect month-on-month inflation will continue to come down until the end of the year,” Mangudya said.
“Most of the inflation is caused by non-monetary factors. That is expectations – that ‘I lost money in 2008’,” Mangudya said. “This is a once-beaten, twice-shy scenario. These are things that shape inflation in Zimbabwe.”