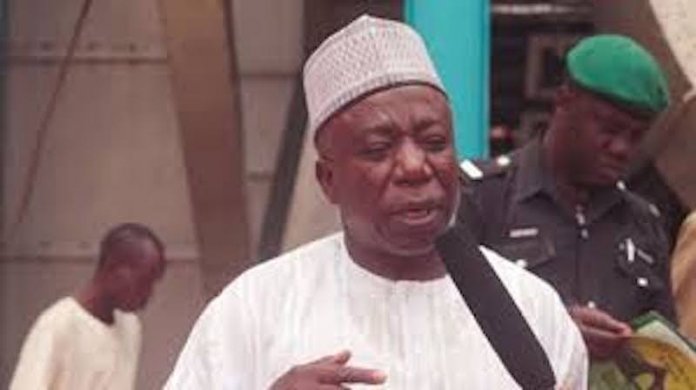 The Senate Committee on Works has commended the Tax Credit Scheme Initiative of the federal government for providing funds for the construction of some critical roads.

The Committee members, led by its Chairman and former Minister of FCT, Senator Adamu Aliero, stated this during the inspection of some roads in the South-west, recently.

They applauded the Public-Private initiative, saying it contributes tremendously to the growth and development of the economy.

Aliero expressed satisfaction on the pace of ongoing work along Apapa-Oshodi-Oworonshoki expressway, which was as a result of the tax credit scheme. “We are very pleased with what we have seen and encouraged other business to emulate such,” he said.

He commended Mr. Aliko Dangote on his continuous effort and contribution to nation building, this is a worthy example, he said.

The roads are constructed with the latest technology and are expected to last about 40 years, this is impressive. Even important is the Lagos-Ibadan expressway, which is currently under reconstruction and expansion. The road is going to be expanded from four to six lanes, this project is not suffering as a result of fund inadequacies unlike other projects undertaken by the Federal government budgetary allocation, here funds are available, the contractor only requires to present his certificate and payment will be made, he said.

“It is equally important to note that this project is getting additional funding from the recently recovered Abacha loot, so it will certainly accelerate the completion of these roads,” he said

“The idea of the inspection to these roads is to ensure that Nigeria gets value. We allocated these money through budgetary process to ensure that the money is judiciously used and the tax payers get value, this is the essence of the visit,” he said.

Aliero promised to investigate into the case of one of the contractors, Arab Contractors Nigeria Ltd, who is yet to be paid. Unfortunately, the contractor has about 11 certificates since 2018, raised by the Federal Ministry of works and sent to the headquarters. Out of the 11, only one is paid.

Arab Contractors has an outstanding amount of over N4 billion, yet they continued the work because they are aware of the importance of the road. This is the Ikorodu-Shagamu road, linking Lagos and Ogun states, he said.

“Along the Ikorodu-Shagamu road, we have so many companies, polytechnics, container depot, and a lot of economic activities going on. It is a very important road, and we will ask the Ministry to do the needful, when we get back to Abuja.

“We are not happy that the contractor has not been paid for over two years, this could probably be as a result of lack of funding in the budget, and we will ask the Ministry to give explanations to this, It is certainly not encouraging to the contractor. If it were to be these foreign contractors, they would have abandoned work, you have 10 certificates with no pay and yet you continued working, we commend their resilience, he said.

“So far, we are very impressed with the quality of work so far and it is moving on progressively as expected,” he said.