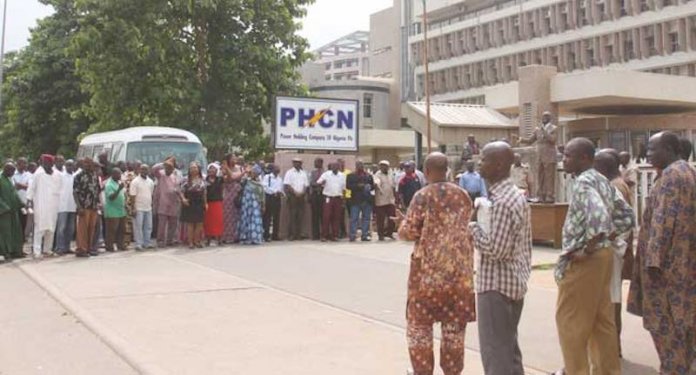 The federal government has agreed with the leadership of the National Union of Electricity Employees (NUEE) on a 60-day timeframe to settle all issues relating to outstanding severance package due to electricity workers disengaged seven years ago as a result of the privatisation of the power sector entities.

The agreement was reached at a meeting between the Minister of Labour and Employment, Senator Chris Ngige, and the leadership of NUEE, Ministry of Power, and Bureau for Public Enterprises (BPE) in Abuja yesterday.

Speaking with journalists after the talks with the Union, Ngige said the issues necessitating the strike ultimatum by NUEE have been satisfactorily resolved.

“It was a very good meeting we just concluded, and we have reviewed the agreement reached between the Ministry of Power and the Union in December, and everyone is happy. We have given ourselves 60 days within which to process payments for the remaining persons that have not gotten their severance package,” he said.

Ngige, however, said the number of the affected electricity workers would have to be verified by the BPE and the Accountant-General’s office.

He also said it was agreed that his office would reach out to the power generating and distribution companies to ensure that complaints of casualisation are resolved.

On his part, the General-Secretary of NUEE, Joe Ajaero, said the two sides have agreed on a 60-day ultimatum to get the workers’ outstanding severance package and pension arrears paid by the BPE.

But the Union leader has expressed reservation over the sanctity of the latest agreement with government, saying similar agreements in the past have been flouted by the agencies of government and power firms.

He said for instance, previous agreements with the Egbin power station on the issues of condition of service, unionisation and check-off dues which the ministry of labour had intervened before were not respected.

Ajaero said the Union is not happy because what the federal government has done is merely postponing the evil day.

Aggrieved electricity workers under the auspices of NUEE had embarked on a nationwide strike last December to compel the federal government to look into their complaints some of which dated back to the days before the power sector was privatised.

The one day-old strike was called off after NUEE agreed with the government to hold talks to address the issues raised by the Union.

General-Secretary of NUEE, Ajero said that the fresh ultimatum issued by the Union to further pressurise the federal government to attend to their concerns which will expire this weekend.

At the yesterday’s reconciliatory meeting, Ngige said both sides would be open and allow discussion on only those outstanding matters that have not been resolved.

Among the issues listed for discussion at yesterday’s reconciliatory meeting held at the Ministry of Labour in Abuja were the non-implementation of agreement signed with the Union; 14 days ultimatum expiring this weekend; non-payment of over 2,000 disengaged workers of the defunct Power Holding Company of Nigeria (PHCN).

Other issues included the 16 months under payment of severance benefits; 7.5 percent pension component; ownership of school and non-unionisation by power generation companies.