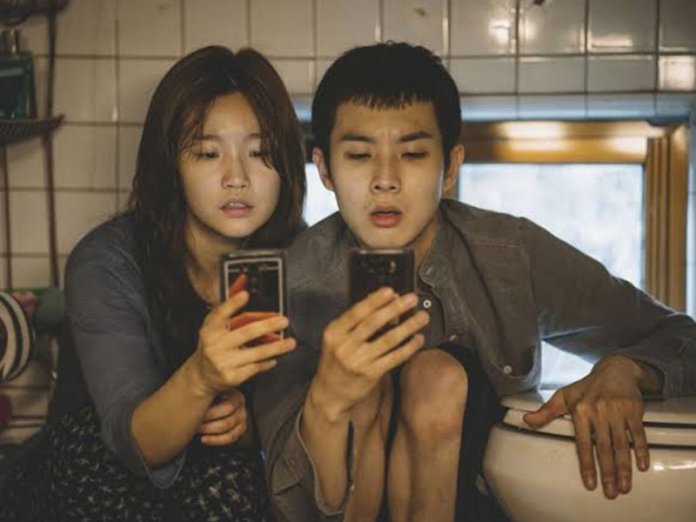 The awards season has seen the South Korean movie ‘Parasite’ making unexpected waves. The film directed by Bong Joon-Ho scooped trophies at the Golden Globes, including the award for Best Foreign Language Film, a first for the Asian country. At the Screen Actors Guild Award, Joon-Ho made another history by clinching the award for Outstanding Performance by a Cast in a Motion Picture. It is the first foreign film to win the coveted prize and the second to be nominated in the category. At the recent British Academy Film Awards, the film took two trophies out of the four nominations. They took home the award for Best Film Not in the English Language and Best Original Screenplay.

On Sunday, February 9, ‘Parasite’, a 2019 film about a poor family who infiltrated the home of a wealthy family by posing as unrelated highly qualified individuals will be contending for prestigious awards of the Academy Awards: Best Picture and Best Director, a first for a South Korean film. It also received nods in Best Original Screenplay, Best International Feature Film, Best Production Design and Best Film Editing.

Of all the six nominations of the film, award experts are more concerned about the Best Picture and Best Director categories. They prognosticate that apart from ‘1917’, the war film by Sam Mendes, ‘Parasite’ stands a chance to emerge a winner in any of the two categories.

For the 92nd Academy Awards, the Best Picture category has a total of nine nominees. They include ‘Ford vs Ferrari’, Martin Scorsese’s film ‘The Irishman’, Taika Waititi film ‘Jojo Rabbit’, Todd Phillips’ ‘Joker’, Greta Gerwig’s ‘Little Women’ (only film directed by a woman), Quentin Tarantino’s ‘Once Upon a Time in Hollywood’, ‘Parasite’, ‘1917’ as well as Noah Baumbach’s ‘Marriage Story’.

Though in the history of the Oscars, only 10 foreign films have been nominated in the Best Picture category. None won but critics are very hopeful that ‘Parasite’ will break the jinx. Mark Harris of Vanity Fair wrote that the final week leading to the Oscars feels like ‘a trudge towards inevitability’ going by the mini surge of ‘Parasite’ as against the usual award hopefuls like Scorsese and Tarantino’s films.

He further stated that ‘1917’ is the Best Picture contender that looks like a winner.

“In fact,” he writes, “like many winners: a dramatic and suspenseful war movie that combines up-to-the-minute technical prowess with classical storytelling values. That is the combination that won Wings the first best-picture Oscar, and it has never gone out of style. And Parasite is the best-picture contender that looks like no winner in history and yet is also, in its way, a dramatic and suspenseful war movie, one that certainly matches 1917 point for point in technical prowess.”

The Hollywood Reporter awards columnist Scott Feinberg in his forecast, sees ‘Parasite’ coming close to an Academy win in the Best Picture and Best Director. The only giant contender the film will have to defeat is ‘1917’.

Winning an Oscar will be historic not only for Joon-Ho who has other notable films such as ‘Memories of Murder’ and ‘The Host’ under his belt, but also for the East-Asian country that is famous for the K-pop culture.