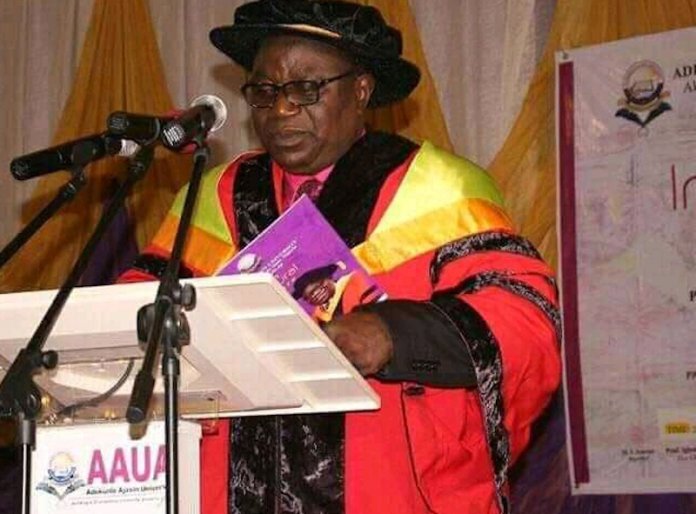 In an effort to impart entrepreneurial skills in its students, the Adekunle Ajasin University, Akungba Akoko, Ondo State haa collaborated with a non-governmental organisation, Doctor Rhoda Makinde Initiative (DROMI) on skills training for students of the institution

The programme, which targets final year students, will cover trainings in headgear (gele) tying, make-over, small chops making, decoration, bag making, beads making, among others.
The collaboration aims at preparing the students for self-employment and reliance, as well as economic independence after graduation.

Speaking at the opening of the event, the acting Vice-Chancellor, Prof. Olugbenga Ige thanked the NGO for bringing the initiative to the institution.
Ige, who was represented by the Dean of Students’ Affairs, Dr. Olusegun Owolewa, called on the participating students to take full advantage of the programme in order to reap its maximum benefits.

He noted that the world’s richest people are entrepreneurs who leveraged on their chosen skills to build wealth and influence.
“I’ve said that the few available white-collar jobs cannot go round the teeming mass of young graduates,” ha said, adding that the future belongs to those who would use their competencies and their skills to become economic giants and employers of labour.

Also speaking, the acting Director of the University’s Women Studies and Development Centre (WSDC), Dr. Kikelomo Olugbemi commended the participants for joining the training, adding that it would prepare them for self-employment and reliance, as well as economic independence after graduation.

The representative of DROMI, Mrs. Damilola Abayomi advised the participants to make use of the privileges of the training.
Two of the beneficiaries, Miss Abimbola Akinbobola and Miss Tawa Raheem described the programme as well-timed and an effort aimed at reducing poverty and unemployment in the country.

They thanked Dr. Rhoda Makinde for bringing the initiative to their doorstep and promised to make good use of the opportunity to establish themselves after the training.