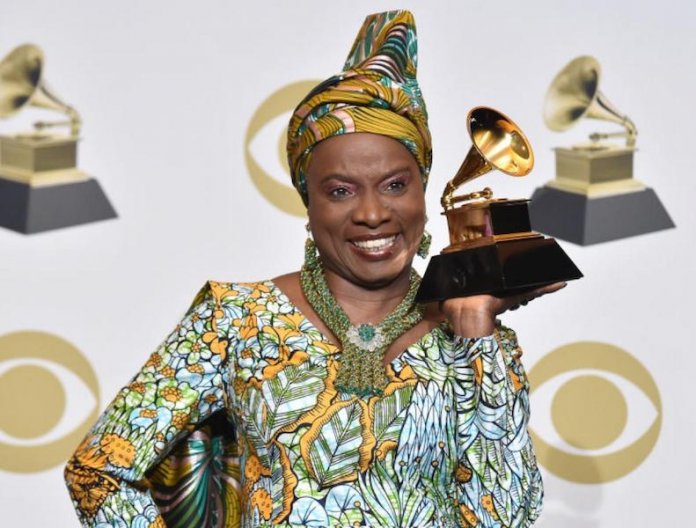 Beninese singer-songwriter, Angelique Kidjo, was declared the winner of the Best World Music Album at the 62nd Grammy Awards.

She beats Nigeria’s Burna Boy and three other nominees to win the Grammy on Sunday at the Staples Centre, Los Angeles.

With his 2020 nomination, Burna Boy joins the likes of Seun Kuti, Femi Kuti and King Sunny Ade in getting listed in that category at the Grammy Awards.

Other Nigerian Grammy nominees include Babatune Olatunji, Wizkid, Timaya, and Kah Lo. Sikiru Adepoju won the Grammy Awards in 1991 and 2009.