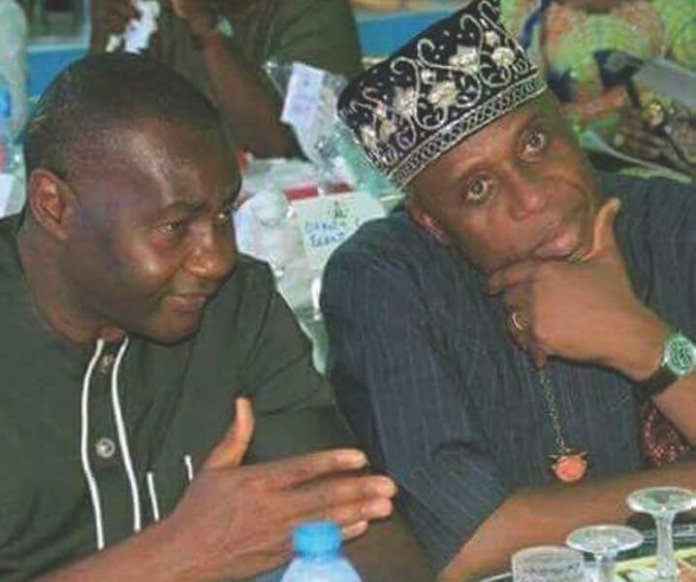 Concerned members of the All Progressives Congress (APC) in Rivers State, last weekend, met in Port Harcourt, the state capital to deliberate on how to bring peace to the party. But their efforts appeared to be filled with landmines, writes Ernest Chinwo

Efforts by some stakeholders in the All Progressives Congress (APC) in Rivers State to reconcile the two major factions of the party appear doomed as the divisions in the party seems deeper than expected.
Last Sunday, the stakeholders, made up of former elected and appointed officers of the party, met at Hotel Presidential, Port Harcourt to begin talks on how to return peace to the party.

The party lost out completely in the 2019 general election due to internal wrangling as the Supreme Court declared that it could not field any candidate since it did not hold any congresses as required by law.
Efforts by one faction of the party to adopt the governorship candidate of the African Action Congress (AAC) did not yield any positive results.

And after the elections, the party has still not found its footing as it continues to grapple with factions led by former Rivers State Governor and Minister of Transportation, Chibuike Amachi, and the immediate past representative of Rivers South East Senatorial District in the National Assembly, Senator Magnus Abe.
At the peace meeting in Hotel Presidential, the stakeholders expressed sadness that despite losing the right to field any candidate in the last general election, the party was still on the track of making more mistakes.
In attendance at the meeting were former members of the National Assembly, former members of the Rivers State House of Assembly and former political appointees.

Convener of the meeting and former member of the House of Representatives, Hon. Emmanuel Deeya, in his opening remarks, dismissed insinuations that they were being sponsored by Rivers State Governor, Nyesom Wike.
Deeyah stated that the only way forward for the APC in the state was for the leaders of the party to go into dialogue first before talking about organising congress.

He said the caretaker committee set up by the national leadership of the party was unconstitutional as former elected lawmakers and political appointees were statutory members of the State Executive Council of the party.
Also addressing the stakeholders before they went into a closed session, a former member of the House of Representatives, Hon. Igo Aguma, expressed regrets that there were efforts by some APC members in the state to scuttle moves to return peace to the party.
Aguma said: “The invitation to this meeting clearly stated that it is not a formal meeting of APC members. The invitation cut across both factions of the APC in Rivers State.

“As conveners of this meeting, we have been trying our best to see how we can bring both factions of the party together. But, we are receiving the greatest un-cooperation from our members, including the elders.”
Aguma said he went to court to stop the caretaker committee set up by the national secretariat of the party, because the party was threading the same path that led to the disqualification of the congresses of the party in 2019.
He said former elected National and State Assembly members as well as appointed officials of government were automatic members of the state executive of the party and the national secretariat was excluding them from the state executive.

“This is unacceptable and can be challenged tomorrow and that will return the party to the same fate it suffered in 2019,” he said.
Another former member of the House of Representatives representing Ikwerre Federal Constituency, Hon. Chidi Wihioka, was more direct in his submission, when he said the party, both in the state and at national levels, has not learnt from its mistakes.
“Generally, after the general election like this, the party ought to sit down, put everything together and members ask themselves questions. How did we fare in this last election, did we do well or not, and what are the problems we faced?

“We are human beings, was the problem caused by us or it was a slight mistake in the process of our planning or what? Nobody asked. And because they don’t ask these questions, this problem continues from one state to the other.
“Today, it is happening in Edo. Nobody is asking questions. Edo will finish; it will go to another state. Until the party is able to sit down and members tell themselves the truth. And what is the truth? The truth is that the leadership of APC at the national level is worshipping money. If not, most of the things that happened to APC would not have happened.”

In the state, he blamed the crisis on the Leader of the Party, Amaechi, and the perception of the National Working Committee of the leader.
“In Rivers State, they believe that Chibuike Amaechi, Minister of transportation is the owner of even the air we breathe in Rivers State, which of course is not true. Nobody at the national has come out to say, my friend, you are wrong. So those that are backing him don’t know that in terms of followership in Rivers State, he has nobody.
“Those hanging around him today are hanging around him, because they believe he has enough money. So, they thought there is no job and there is no income, so they now believe that the only way they can get their problems solved is to hang around him and agree with him in everything he says, whether it’s true or not.”

But shortly after the open speeches the meeting went into a closed session and that was where the bubble burst. Tempers flared and there were nearly fisticuff between supporters of Amaechi and Abe.
While the conveners of the meeting were able to restore calm and adjourn the meeting, the bad blood generated in the arguments lingered.
Addressing journalists after the deadlock, Deeya said the gathering was only an exploratory meeting and that considering the issues and personalities involved, there would be need for more meetings before a consensus would be reached.

But while he tried to play down the enormity of the disagreements, a chieftain of the party and former Commissioner for Agriculture under Amaechi, Emma Chinda, insisted that the meeting was neither in the interest of his former boss nor Abe.
In a telephone interview, Chinda explained that the meeting was suddenly turned to a platform to insult Amaechi, pointing out that the argument became heated, because those in Amaechi’s faction of the party made moves to stop those trying to insult the leader of the party in the state.

“Suddenly, some people turned it to a meeting to insult the leader of the party, then we had to ask them to stop.
I joined them, but I cannot continue with such meeting again, because it cannot bring peace in anyway.
“Probably, the other thing that the conveners of the meeting need to tell us is who is behind this meeting financially; who is funding it? We are holding meeting at Presidential Hotel and those who are convening the meeting are staying in Presidential Hotel. Who is this person that is spending his money to bring peace in APC?
“I am sure it is not Rotimi Chibuike Amaechi; I am sure it is not Senator Magnus Abe. They need to tell us who is funding this so-called peace in our party. So, some of us had to go there to try to put this position straight,” Chinda added.

He said though the party at the state level was desirous of peace, members should know the sponsors of such peace meetings.
But while the conveners of the meeting and indeed other stakeholders might make further moves to bring peace into the party, the road to peace is surely a long one, filled with landmines. It is therefore hoped that the APC would put its acts together and provide credible opposition in the state, given the present dispensation.
Pix: Amaechi and Abe.jpg