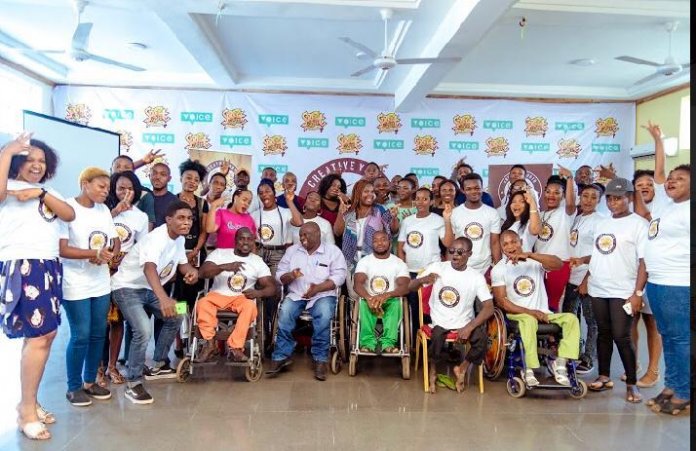 Nigerian youths have, over the years, been daunted by several challenges, notably unemployment and lack of opportunities to develop ground-breaking concepts. The population of Nigerian youths admitted into the various tertiary institutions in the country continues to soar and this has, in turn, led to an increase in the turnout of Nigerian graduates annually. However, the rate of joblessness in the country is also at a high rate, evidenced by the 23.13 per cent unemployment rate in Q3 of 2018, according to the National Bureau of Statistics. Furthermore, the country is ranked 131st position on the “Doing Business 2020 Index” conducted by the World Bank.

Regrettably, these challenges have taken its toll on some of the country’s youth, who have gotten themselves involved in vices such as cyber fraud (popularly called ‘Yahoo-Yahoo’), armed robbery, kidnapping, prostitution and many more. Some others have, however, gone the extreme length to commit suicide.

However, some of these young Nigerians who seem frustrated can actually thrive in the country if they are encouraged to delve into the creative arts. Arts has a key role to play in the growth and development of the Nigerian economy and empower Nigerian youths if the framework of national development policies are properly designed. Nigeria has steadily built a huge and vibrant creative industry, which employs millions of people. The country is considered to have a rich haven of creative assets that can help provide employment, create wealth for its practitioners, alleviate poverty and become a key enabler for the diversification of the economy. Nigeria has had its name put on the world map courtesy of the exciting pieces of works by Nigerians in the creative, visual and performing arts.

Street Project Foundation, therefore, sees the promotion of arts as an opportunity to proffer a solution to reduce youth unemployment crisis in Nigeria through its Creative Youth Boot Camp programme. The boot camp, conceived in 2016, gives young people within the ages of 16-25 years the freedom and confidence to express themselves and showcase their creative talents during the six-week camping period. It also serves as a safe space for youth to build their confidence and social consciousness as participants are placed on internships and matched with mentors for a minimum of three months after the boot camp.

Beneficiaries of the foundation, who are now game-changers in their industry, shared their testimonials on how the Creative Youth Boot Camp has helped built their confidence and impacted in their lives positively. The beneficiaries further explained how the internship and mentorship they received after the boot camp have shaped them into becoming successful in their various fields.

Ruby Akubueze, an actress, singer and model, who said she came across the SPF Creative Youth Boot Camp advert on social media travelled from Abia State to Lagos State for the audition, noted that the program has had a huge impact on her career.

“SPF has helped me a lot in my singing too I got the opportunity to meet with like minds and even greater minds than myself in the industry it was really awesome. We didn’t have to pay a dime for anything in the boot camp. After the CYBC I did a lot of jobs such as; MTV Sugar season 6 & 8, Cassanova, Her the movie – a short film and a couple of other things,” she said.

Josh Chibuike Alfred, an Instagram and stand-up comedian popularly known as Josh 2 Funny, applauded the SPF for its youth-oriented alleviation programmes, adding that his development in the entertainment industry could be ascribed to the individual assigned to mentor him after the boot camp.

“The mentorship really helped a lot, I was given one of the best mentors in Nigeria, Koffi tha Guru, one of the most versatile comedian in the country.  The mentorship was supposed to be for a year but it extended to five years because the mentor was really nice and was interested in my growth. Within the five years of preparing me for my career he taught me patience and I got better,” he said.

Agnes Ukwa a Fashion designer, stated she was training in a tailor’s shop when she was informed about the boot camp by her brother, who encouraged her to apply for the auditions.

“When I got to SPF, things changed, the Agnes that left Ikorodu, came back different. Everything in the camp was free, food was given to us for free, we had a conducive environment to learn, we had well educated people home and abroad who taught us everything was free. Till date opportunities are still provided to us from SPF, upon graduation we were equipped, I was given a machine and a mannequin which cost much,” she said.

Tomisin Ayoade, an actress, explained that the training from the boot camp has helped her carve a niche in her chosen profession and also develop on a personal level.

“CYBC was so inspiring, it was a path for me to grow and improve in myself. SPF gave me an opportunity to grow and ability to do things I didn’t know I could do; now I can dance and even sing better. Before SPF, I had the passion but I didn’t have the drive to pursue what I wanted to do. After the boot camp, I got good jobs, I learnt how to audition better, the boot camp paved a way for me to do more,” she said.

Samuel Gabriel, a visually-impaired instrumentalist, also commended the SPF’s boot camp, saying it helped him to develop his branding and networking skills.

Also, Amdi Salam, a Human Capital Analyst at Deloitte Nigeria, praised SPF’s partnership with different bodies, noting that the partnership ensured he and his co-participants were placed on internship in respectable organisations, which, in turn, retained a good number of them.

Ayodeji Akinkunmi, a professional master of ceremony, stated that the boot camp helped him to develop his brand, adding that some of the contacts he came across during the programme as well as the internship have recommended him to “meet individuals that would have taken me five to ten years to meet”.

As attested by the beneficiaries, the boot camp provides an opportunity for young people gifted in music, dance, drama, visual arts, comedy, poetry, creative writing, spoken word, fashion and any other genre of the creative arts to, asides improving their creative skills, learn communication, critical thinking, emotional intelligence, team building, entrepreneurship and project management skills that will prepare them for the outside world.

This year’s edition, the fourth since inception and supported by VOICE, has as its theme: “Art for Social Transformation”, and will run for six weeks, starting from 9 March. Auditions will take place in Enugu and Abuja. After the boot camp, successful participants will be matched with mentors and placed on internships with creative and corporate organizations in Abuja. Young people living with any form of physical disabilities are highly encouraged to apply.