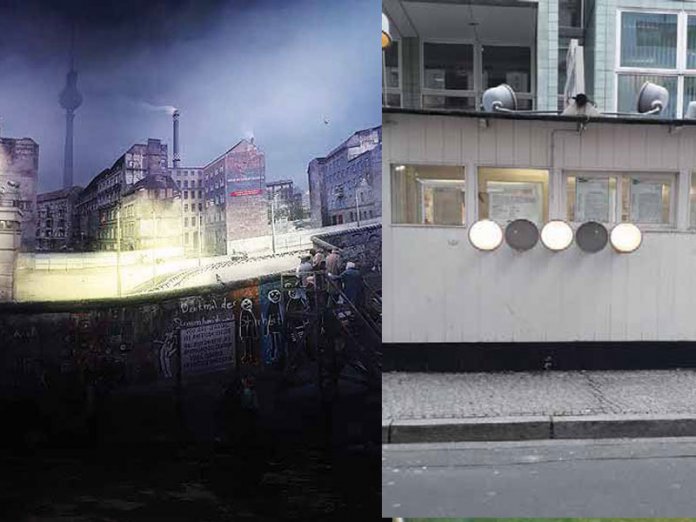 On the heels of the 30th Anniversary of the fall of the Berlin wall last December, Yinka Olatunbosun joined the world in walking through its relics, both in physical and emotional forms

“Those who do not respect the border will be greeted by bullets,” is one of the original quotes credited to the East German Defence Minister, Heinz Hoffman in his address to the border guards in August 1966. It was only the fifth anniversary of the erection of the wall that separates the West and East Berlin along their diverse ideologies. East Germany was controlled by Russia’s Marxist-Lenin philosophy while capitalism was the new order in West Germany rules by the US, British and French government.

Three decades had passed yet many visitors are still excited at the sight of the relics of the Berlin Wall which fell in 1989.Every day, it was besieged by students on guided tours as well as tourists who arrived at the historical CheckPoint Charlie, an ever-busy city centre, flanked by exquisite shops loaded with iconic souvenirs.

The view captures a true story of a people proclaiming freedom but still looking over the fence in form of trenches at Checkpoint Charlie border crossing point, now turned Allied Museum. What was a daily terror in German history has become a major tourist attraction with a compelling panoramic experience enhanced by sound documents retrieved from speeches, films and public appearances made between 1948 and 1989. Names of visitors written with markers have formed a colourful graffiti on this historical monument.

A visitor can easily be immersed in the experience from the view point of a 4-metre high visitors’ platform, a vantage point to observe in quiet appreciation the monumental panorama installation made by the Berlin artist, YadegarAsisi. The panorama features a photo exhibition with over 80 pictures from first-hand witnesses who gave very moving personal accounts about the construction of the wall, life in the shadow of the wall and the fall of the wall. Documenting landscapes had been a part of Asisi’s portfolio and his preference for digital image processing trail his artistic journey. His projects are widely known to combine perspective painting, spatial simulation, stage design and an acute awareness of human perception with a love for detail and grandeur.

Titled, “Die Mauer”, meaning “The Wall”, the panorama is created using the German language but the agony of the 30 years of the wall reverberating through the gloomy soundtrack from the surround system required no translation.

Preserving the remains of the wall is not meant to just generate a revenue for the state but to spark conversations around other walls that humanity had erected in their psyche. Through religious extremities, racism, sexuality, economicstatus and the new wave of far-right politics, humanity has continued to mount invisible walls or barriers to peaceful co-existence.

Meanwhile, The Wall has been a subject of popular works of arts. For instance, Sir Elton John’s ballad, “Nikita” has a deeper meaning when one contemplates the living condition of this dark period. Families, friends, lovers and neighbours were separated by this wall.

Perhaps, the most powerful statement dated 19th January, 1989 resides in the figurative meaning of the words of Erich Honecker, the first Secretary of the Central Committee of the Socialist Unity Party of Germany (SED) that “The Wall will still remain in place in 50 and even 100 years, if the reasons for its existence have not been eliminated.”