Raheem Akingbolu reports that the Ekiti State Governor, Kayode Fayemi, recently put smiles on the faces of 150 people who participated in the maiden edition of JFK Christmas Surprise

Unlike many Ekiti indigenes who had received the news of the governor’s proposed Christmas gift with a pinch of salt, Alaketu defended the governor among friends and family members that Fayemi had never appeared to him like a frivolous person.

“Many people doubted it and those who didn’t doubt the announcement that Fayemi would be giving gifts to 150 callers on a live programme, concluded the gifts would be given to some party members who had been given some special numbers.

“As people around me started trying to call in, I picked my phone too and said in the name of Jesus and dialed the number on the screen. Lo and behold, mine went through and I was told to come for my gift of gas cooker which I got few hours later at the redemption point,”Alaketu said.

The retired banker who described the innovation as the first in this part of the world, urged Fayemi to use his clout as the chairman of the Governors’ Forum to impress it on other governors to initiate such programme in their respective states. He also advised the Ekiti State governor to scout for more cooperate and individual sponsors to take it a bit further in the next edition,

“As a well-travelled individual with friends within and outside corporate Nigeria, if the governor extends his tentacles, I believe it will be bigger and better next year. Who knows, callers can win cars and other life changing gifts. With this, Fayemi has taken his Christmas bonanza beyond politicians,” he stated.

Another winner, 23-year-old Agboola Temitope, a fashion designer, who lives in Ayede Ekiti, who won a blender, also extolled the programme as something that put smiles on many faces in Ekiti.

“As an individual, I don’t play gamble and I don’t believe in it but as a citizen of Ekiti State, I saw this as the governor’s own Santa Claus and I tried my luck. It was like a dream when my call went through and I was told that I won a blender. I cherish the spirit behind it and I want to advise Mr. Governor to sustain it,” she stated.

Eleyinmi Irewole, though a native of Oyin Akoko in Ondo State, lives in Igede Ekiti. He also won a bag of rice. Irewole who said he was not a politician commended the programme and thanked the organisers for keeping their promise.

His experience was not different from that of Adebayo Yusuf who lives at Onala area in Ado Ekiti. Yusuf had participated like others and won a home theatre set. To him, the gift was a sign that Fayemi feels for his people. While applauding the manner at which the programme was conducted, Yusuf described it as a good programme that has further warmed the governor to the hearts of Ekiti people.

The JFK Christmas Surprise was a special show that climaxed a week-long Christmas activity initiated by the governor to give surprise gifts to Ekiti people during the festive period. The programme which was in phases also included visitation to three general hospitals in Ikole, Ikere and Ado Ekiti where hospital bills were settled for some indigent patients.

Some patients also received grocery packs while the children got toys. The State Commissioner for Health and Human Services, Dr. (Mrs.) Moji Yaya Kolade), led the team that went to Ikole specialist hospital, where hospital bills were settled for some patients, including a 15- year- old mother of two, whose bill was settled and was also given gifts.

The same thing was repeated in Ikere Specialist Hospital, where the Hon. Commissioner for Information, Tourism and Value Orientation, Muyiwa Olomilua was on hand to personally present the gifts. The House of Assembly member, representing Ado Ekiti Constituency 1, Lucas Oluwatoyin Felix, led the team that went to Ekiti State University Teaching Hospital, Ado Ekiti where the same exercise took place.

Though supported by United Bank for Africa (UBA), the JKF Christmas Surprise was said to have been majorly funded by the governor himself.

Speaking on the outcome of the programme, the Special Adviser to the Governor on Public Communication, Mrs. Sola Salako-Ajulo, said the governor personally conceived the initiative and decided to use his personal money.

She said: “JKF Christmas Surprise is Governor Fayemi’s personal project, which was conceived by him and funded by him in collaboration with UBA. He made it clear from the onset that he wanted to put smiles on Ekiti people without putting the burden on the state’s resources. Aside visitation to hospitals, the programme was also conceived to give 50 gifts to 50 people everyday for three days, which brought the number of gifts and beneficiaries to 150.

“It was hitch free and Ekiti people were delighted. Fresh numbers were used for intending participants to call and the numbers were displayed on set. To make sure everybody participated it was broadcast widely that all broadcasting stations in the state should link EKTV and this was done.”

Speaking further, Salako-Ajulo pointed out that the beauty of the programme was in the fact that all that was required was for the number to get through and the caller wins something.

“At the end, all the 150 people that succeeded in calling got various gifts ranging from food items and home appliances, refrigerator, home theater, television set, bag of rice, gas cooker, and many other items. The criteria is simple; listeners call in, pick a number and win the gift attached to the number.

“Every caller was a winner and this was demonstrated while the exercise lasted. For redemption of their gifts, those who won came for collection at the governor‘soffice and left with happiness on their faces.“

Beyond the gifts, many citizens of Ekiti have commended the programme and the modern manner through which it was organised. To this end, the governor has been advised to deepen the next edition.”

A Senior Lecturer in the Department of Political Science, Ekiti State University, Mike Omilusi, said the build-up and publicity given to the programme was exceptional.

“I was impressed with everything about the JKF Christmas surprise, especially the campaign and jingle that announced it. Punchy and direct, the message was clear…’JKF is really walking the talk………………..You better pick your phone and dial the number to be among the lucky winner …….No dulling”, I found those lines inviting.” 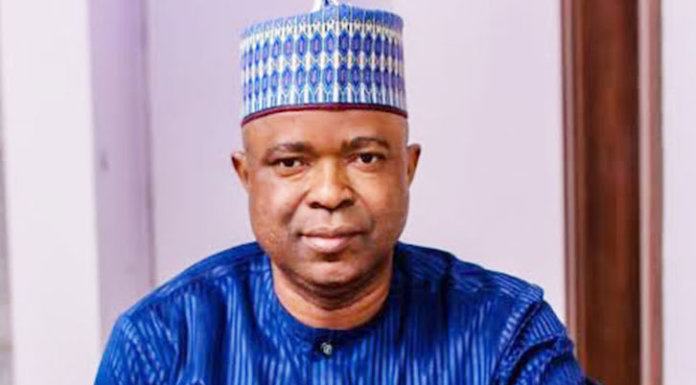