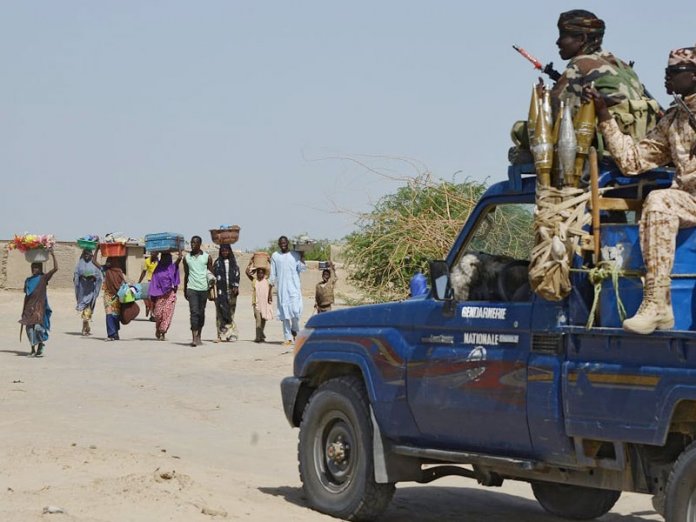 Governor Ahmadu Umaru Fintiri of Adamawa State has pledged to revamp the security apparatus in the state in order to contain Boko Haram’s renewed barbaric onslaught on Adamawa communities.

Fintiri made this pledge yesterday at a rally that was organised by the state government at Mahmud Ribadu Square, Yola, to celebrate the governor’s electoral victory at the Supreme Court.

He lamented that the insurgents beheaded the Chairman of Christian Association of Nigeria, Michika Local Government Council, Rev. Lawal Andimi, despite every effort made to save the clergy’s life.

The governor, who was received by a tumultuous crowd at the Yola International Airport, said he would do all within his power to guarantee security of all residents of Adamawa State irrespective of religion or tribal differences.

He also enjoined Adamawa residents not to allow the cowardly act of the insurgents to shake their faith and resolve, adding that the citizens should remain “undaunted and never succumb to fear.”

He stated that his administration has worked strenuously in the past seven months to deliver his 11 point agenda in the areas of health, security, education, housing and roads infrastructure.

He called on all politicians to join hands to take the state to the Promised Land irrespective of their party affiliations.

Fintiri also vowed to probe the administration of his predecessor in office, Muhammadu Umaru Jibrilla Bindow, as well as those who siphoned the state resources in the past.

Fintiri also pledged to fulfill all his campaign promises and leave Adamawa better than he met it.

“I’m grateful to God for this victory. Allah gives leadership. I want to assure you that I will fulfill all my campaign promises,” he said.