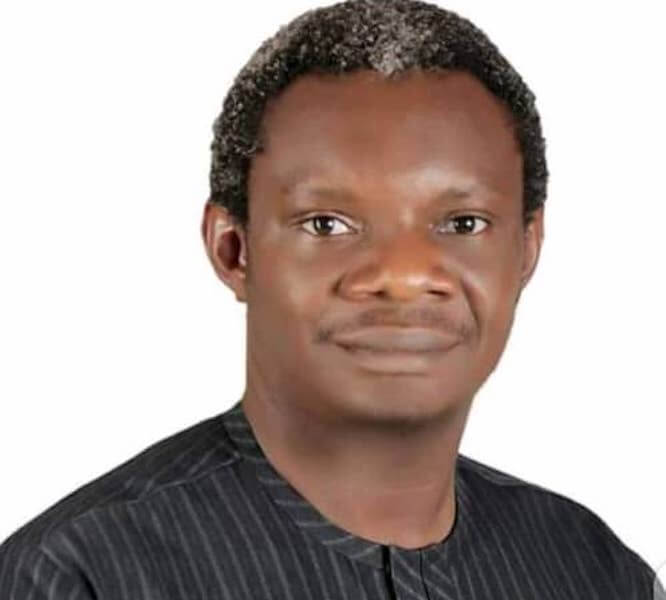 Benjamin Nworie writes on the exploits of the only All Progressives Congress federal legislator from Ebonyi State, Hon. Chinedu Ogah, representing Ezza South/ Ikwo Federal Constituency in the House of Representatives

Chiboy as he is fondly called has carved a niche for himself by impacting positively on the lives of others, especially the downtrodden. From childhood, this leader of youths said he imbibed the spirit of giving and philanthropy. This assertion is incontrovertibly germane, as many who have come in contact with him can attest to its veracity.

From being the National President of the Ebonyi Youth Assembly (EYA), which chronic political activities has since muzzled to seeming extinction, Chinedu Ogah used the organization as a contact point between government of the immediate past governor, Chief Martin Elechi and Ebonyi people.

Under Chinedu Ogah, Ebonyi Youth Assembly was the most impactful government at the grassroots, reaching out to vulnerable people; giving jobs to the jobless, and giving hope to those who felt all hopes were lost.

No one ever met Chinedu Ogah and went back empty handed. He never dashed any hope, always doing the best within his ability to solve every problems. Many graduates got jobs in the army, police, immigration, federal and state civil services, paramilitary agencies through the instrumentality of the EYA. He devoted and utilized his influence to provide succour to many Ebonyians and non-indigenes.

In 2019, Ogah indicated interest to contest for the Ezza South/ Ikwo Federal Constituency in Ebonyi State. Many were supportive of his ambition across political divides. But uncertainty beclouded his chance of getting the seat. One, the All Progressives Congress (APC) at that time was plagued with multiple factions and internal crises in Ebonyi State. Onlookers felt he had made a terrible mistake by joining APC because of the crises in its state chapter and also knowing fully well that Peoples Democratic Party (PDP) had deep roots in Ebonyi State since 1999.

Two, considering that Ikwo council area parades the highest number of political office holders in the state, one would ordinarily feel that their collective influence will whittle down the popularity of Ogah. Some of the PDP giants in Ikwo local government area include the Deputy Governor, Kelechi Igwe; the chairman of Ebonyi Elders Council, Ambassador Frank Ogbuewu, though Ogbuewu can be excused because his people claim he has no electoral influence both from his ward to the council area. Whether Ogbuewu has electoral value or not, no one can take his “nuisance value” for granted. He can dare anybody or government if displeased.

These are the personalities that Ogah triumphed over in the 2019 Presidential and National Assembly elections.

After attaining such a feat, Ogah said he would continue to count his people and constituency first in the delivery of dividends of democracy. After his Appeal Court victory, there was jubilation from Ebonyi people that a “Messiah” has come. APC flags now adorn, Abakaliki, the Ebonyi State capital. People started to anticipate job opportunities. In less than two months in the House of Representatives, Ogah has secured jobs for over 20 Ebonyians.

During the Christmas celebration, Ogah’s Ikwo country home was shut down. All roads led to Ikwo as he celebrated the yuletide with widows and downtrodden. This has become an annual event. Usually, every 26th of December is a special day in the life of the family of Mr. and Mrs. Chinedu Ogah, as they use it to celebrate Christmas and empower people.

So far, last year’s event was the biggest empowerment programme by the Ogahs. Over 1000 widows went home with substantial gift. Others went home with motorcycles, tricycles, grinding machines and other items. There were tears of joy from the beneficiaries who danced with Ogah’s wife.

Item-Amagu in Ikwo has a peculiar telephony network problem but respite is coming fast. The Federal Lawmaker has petitioned Nigerian Communications Commission (NCC) to compel various network providers to provide good services in all parts of his constituency to ensure easy communication between his people and the rest of the world.

“When there is proper network, people can access our constituency without any hitch and what we are doing will be transmitted to the people and the general public.”

“These massive empowerments will have a multiplier effect on my constituents because they will use them and empower others and reduce crime in the society. I can’t think of a reason for not empowering my constituents. I had to take a loan from a bank to empower them because they really tried for me by voting for me in the National Assembly elections,” he submitted.

As part of his campaign promises for supporting quality education for the youths, the lawmaker has registered over 850 indigent students from his constituency for the West African Senior School Certificate Examination (WAEC).

Adjudged as the first of its kind in the history of the state, the gesture is billed to cost over N12 million.
While addressing the students, Ogah said he did that to contribute his quota to removing the state from the category of educationally disadvantaged states.

He advised the students to work hard, shun cultism, examination malpractice, indecent dressing and other anti-social behavior that can affect their future, describing them as leaders of tomorrow.

“Joining cults cannot take you anywhere, rather it will lead you to an early grave. If you know that you are a cultist and you have not repented, go to your pastors or reverend fathers and renounce cultism. You must respect your teachers and obey your parents if you must succeed.

“We pay for WAEC every year but the only thing is that we increased the number this year. Our plan and budget was to pay for 600 candidates but we now have 850. The money I am using to pay for this WAEC is the money I suffered to get, it is my hard earned money. As I am giving it to you, it will transmit to success. It is my salary and allowances and I said I am not going to use it for any other thing other than you people.

“So, study very hard and make good results because it is the only way you can pay me back. We have given scholarship to 31 graduates to do their Masters and I am ready to assist you more,” he told the students.

Head, Exams Admin of WAEC, Mrs. Chuks Egwu-Agha who was at the event to witness the disbursement, also advised the students to study hard and make good results to make Ogah happy and encourage him to do more.

On his part, a member of the state Secondary Education Board, Okulegu Bethran commended the lawmaker for the gesture.

He said while many politicians are building hotels and wasting monies on irrelevant things, Ogah was investing in his constituents.

However, Ogah said he was not happy with the current political structure in the country as it concerns the South-east. The lawmaker was bothered that his people are playing politics that has excluded them from the national equation. He accused some leaders in the zone for sabotaging the votes of President Muhammadu Buhari from the region.

He has insisted that the current political status of Ndigbo cannot earn them any juicy position in the country, if they remain out of the mainstream ruling party. He was of the opinion that if the South-east states join forces with the APC federal government, it would create a good chance for Igbo Presidency, insisting that the highest office in the land will continue to elude Ndigbo if they remain in opposition. He also advocated for unity and support for the Buhari administration, as he meant well for Ndigbo.

When Ogah indicated interest to contest for the Ezza South/ Ikwo Federal Constituency in Ebonyi State. Many were supportive of his ambition across political divides. But uncertainty beclouded his chance of getting the seat. One, the All Progressives Congress at that time was plagued with multiple factions and internal crises in Ebonyi State. Onlookers felt he had made a terrible mistake by joining APC because of the crises in its state chapter and also knowing fully well that the Peoples Democratic Party (PDP) had deep roots in Ebonyi State since 1999. Two, considering that Ikwo council area parades the highest number of political office holders in the state, one would ordinarily feel that their collective influence will whittle down the popularity of Ogah…But he triumphed over every obstacle in the 2019 Presidential and National Assembly elections