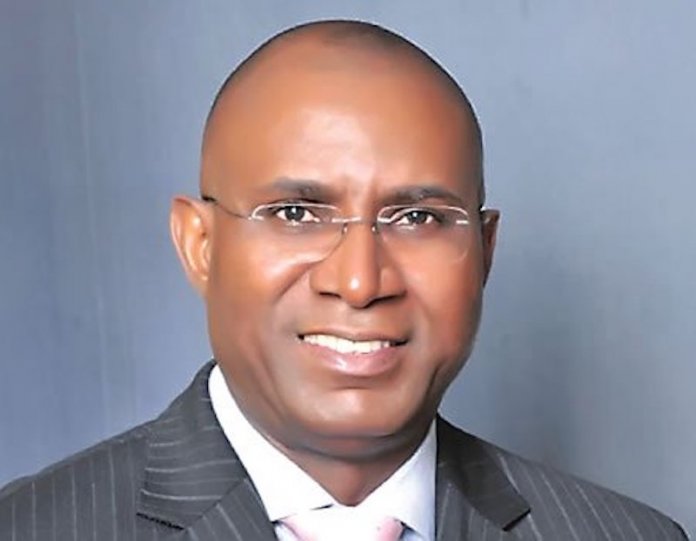 A coalition of civil society groups on Friday stormed the headquarters of the Department of State Security (DSS), where it demanded the probe of the Deputy Senate President Ovie Omo-Agege over alleged forgery and perjury which it said was in contravention of the 1999 constitution as amended.

The coalition had on Monday demanded the resignation of Omo-Agege and also threatened that in the event that the call was not heeded, it would be left with no other option than to mobilise thousands of CSOs and youth groups to occupy the National Assembly until it is purged of corrupt elements.

But during a protest to the DSS headquarters in Abuja, the coalition which comprised of the Guardians of Democracy and Development, Partners for Legislative Agenda for Nigeria (PLAN), Empowerment for Unemployed Youth Initiative and Our Partners under the Coalition of Civil Society and Youth Groups in Nigeria, in a petition to DSS called for a thorough investigation of Omo-Agege.

It said that available information in its possession gave credence to the fact that he was allegedly convicted by The State Bar Court of the State of California, Los Angeles, USA and he served a jail term.

The coalition, led by Mr. Solomon Adodo, claimed that available information which he believes has serious substance indicated that in 1998, Augustine Ovie Omo-Agege was suspended from the practice of law with probation for three years by the Supreme Court of the State of California having been convicted of forgery on March 7, 1992 in violation of the Penal Code section 470.

Adodo stated: “On March 7, 1993 in the county of Los Angeles, Omo-Agege committed the crime of perjury-Application for driver’s licence in violation of Penal code 118, a felony where he lied that he never applied for California Driver’s Licence or Identification Card when in fact he had applied and had been issued under the name Augustine Omo-Agege.

“Also, on March 7, 1993 in the county of Los Angeles, he again violated penal code 118 when he lied that he has never applied for Driver’s Licence or Identification Card, and was issued another licence this time in the name, Reginald C. Bedney.

“On the the same March, 7, 1993 in violation of the same penal code 118, he again lied that he has not applied for Driver’s Licence or Identification Card and was issued yet another licence with the name Ronald Byrd.

“On November 30, 1995 after a plea of nolo contendre, the imposition of sentence was suspended and the Senator was ordered to spend some days in jail and also to pay restitution in the sum of $200.

“But on December 10,1992, he under penalty of perjury listed his birthday in his application form for an Identification Card as January 20, 1964 and his name as Ronald Shawn Byrd. On that application, he misrepresented that he had been issued Driver’s Licence no. C73621976934432169 in the state of New York. He also stated that he had never been issued Driver’s Licence or Identification Card under a different name which turned out to be a lie.

Adodo insisted that Omo-Agege lied further that he had never been issued a Driver’s Licence or Identification Card under a different name in the last seven years, adding that he was subsequently issued an Identification Card no. A9479639 on December 29, 1992 under the fake name, Kirk Derwin Johnso and on March 13, 1993, the said card was reissued by the same office under the same name.

Adodo said that Omo-Agege willfully concealed the fact of the said conviction from the Independent National Electoral Commission (INEC) and the Nigerian Senate thereby contravening the provisions of the Nigerian Constitution and the Rules of the Senate.

He said that by the same concealment, especially in his INEC form(s) which are usually sealed with an Affidavit, Omo-Agege committed another crime of perjury here in Nigeria.

The coalition said it was deeply perturbed at the fact that Omo-Agege concealed all these information from INEC, and was allowed to participate in the general election, contrary to constitutional provisions that produced him as senator representing Delta Central Senatorial District.

The coalition therefore urged DSS to investigate this matter, and possibly facilitate the prosecution of the senator, if found to have committed perjury on his way to the Senate of the Federal Republic of Nigeria.