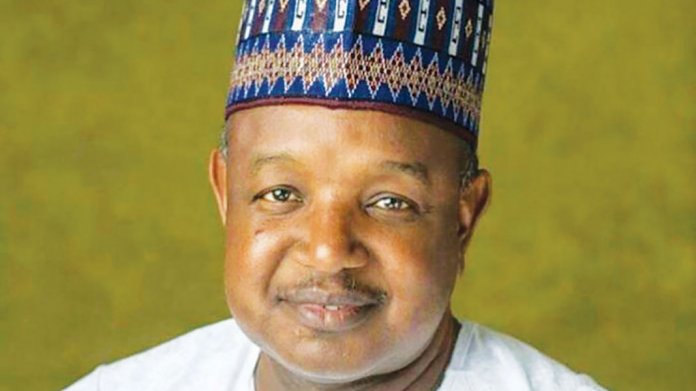 The Governor of Kebbi State, Atiku A Bagudu, has said that it would be difficult for any state government to meet up with the international commitment on budgetary allocation to the education sector annually.

Bagudu disclosed this at the weekend in Abuja during the 10 years anniversary of the Mallpai Foundation, founded by his wife, Aisha.

According to him, the World Bank had recommended that a minimum of $700 should be spent on each primary school pupil annually amounting to about N100 billion annually for 500 million pupils, asking: “Where do I get the money from?”

The governor said it was important for the federal government to begin to draw the attention of the international community including the United Nations, World Bank to the sector.

Bagudu said there was need for the United Nations Education, Scientific and Cultural Organisation (UNESCO) to clarify the actual budgetary allocation needed for the sector, adding that it was not enough to recommend that 15 -26 per cent of the annual budget should be allocated to the sector. He said what is important is to measure the sector’s performance through the total money spent.

He stated: “It would not be difficult for states like Lagos State and others earning higher revenue to meet up with such allocation to the education sector which is why it’s important for the international community to support governments’ effort in providing quality education for the Nigerian children.”

“For instance, out of the N91 billion internally generated revenue by Kebbi State in 2017, about N27 billion representing 32 per cent was spent on education and it was grossly inadequate.

“Since the institutions was set up to share global prosperity, the international community must come to our aid. We have paid our dues, contributed to global peace, so this is our time of need, they must also come to our aid to bridge the gap in the education sector so that government effort will pay off and we can do well together.”

The Kebbi governor therefore tasked NGOs such as the MALLPAI Foundation to do more in ensuring that budgetary allocation to the sector is effectively utilised.
Earlier, the founder, Aisha Bagudu, restated her commitment, through her foundation, the Mass Literacy for the Less Privileged and the Almajiris (MALLPAl) to educate 20,000 almajiri children by 2025.

She said that her foundation, which had been empowering the less privileged in the society and also addressing the plight of the almajiris, was founded 15 years ago, but was officially registered 10 years ago.

She stressed that the foundation was established for the empowerment of the less privileged in the society and enrolment of children in school by driving out illiteracy in the communities, enrich the minds of the youths, help develop unskilled women and educating the girl child.