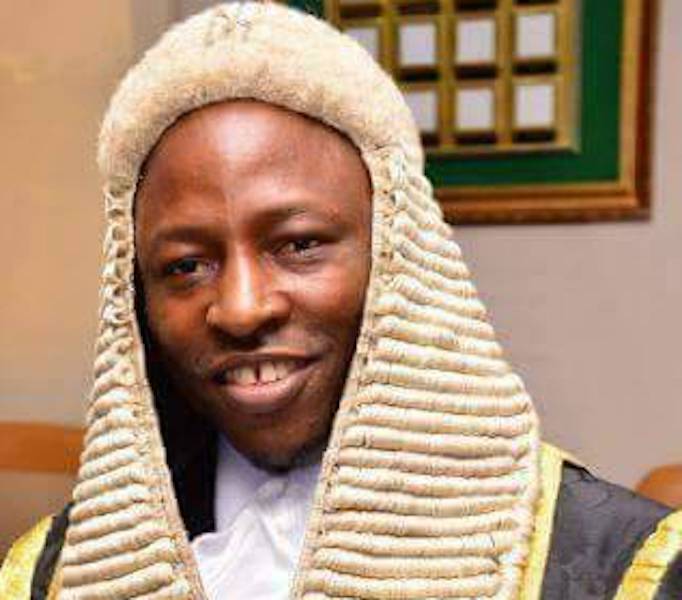 The Chairman of the House Committee on Treaties, Protocols and Agreements, Hon. Ossai Ossai yesterday disclosed that over 400 treaties, protocols and agreements signed by successive governments in Nigeria were yet to be ratified or domesticated.

Ossai also stated that the National Assembly is usually left out in the processes leading to the signing of some of these agreements.

He made the disclosure at the commissioning of the National Depository of Treaties domiciled at the Headquarters of the Federal Ministry of Justice in Abuja.

The lawmaker described the project as a milestone and pledged the support of his committee and the National Assembly towards making the project a huge success.

According to him, the House committee on Treaties had at the inception of its work, identified four critical areas of development among which is the establishment of a functional National Depository of Treaties.

“As a committee, it is encouraging that the Hon. Attorney-General has shown commitment towards the attainment of some of these goals through the formal commissioning of the National Depository of Treaties. This is very important because our engagements in the last few months has shown that over 400 Treaties, Protocols and Agreements entered into by successive Government of Nigeria are yet to be ratified and/or domesticated.

“We also noted the fact that the National Assembly are not usually involved in the processes leading to negotiations and signing of most of these Treaties, Protocols and Agreements”, he said.

The Chairman, House Committee on Treaties, however used the occasion to solicit the collaboration of the Executive Arm of Government with the National Assembly in order to promote shared knowledge and make it easy for ratification/domestication of signed treaties.

He disclosed that his committee has commenced the process of reviewing all Treaties, Protocols and Agreements entered into by the Nigerian Government with a view of making them beneficial to all Nigerians.

“We will in the coming weeks organise a special Public Hearing amongst other things to review existing treaties and ascertain status of its implementation, discuss ways to ensure that our treaties making procedures are harmonised and are in compliance with relevant laws and also develop a National Policy on Arbitration to help protect Nigeria’s interest on all Bilateral/Multi-lateral Investment Treaties (BlTs/MITs)”, he added.In a remark, Attorney General of the Federation and Minister of Justice, Abubakar Malami, described the commissioning of the National Depository of Treaties as an important milestone in the history of Federal Ministry of Justice.

According to the minister, the project will serve as the depository of all treaties entered into between the Government of the Federation and any other country or any Ministry, Agency or Department (MDA) in line with Section 4 of the Treaties (Making Procedure, Etc.) Act Cap. T20 Laws of the Federation (LFN) 2004, which domiciled the National Depository of Treaties in the Federal Ministry of Justice.

executed agreements, Memoranda of Understanding, and treaties in their custody and those to be entered in the future in their original form.

“This is in further compliance with the Service wide, Circular Reference No. HCSF/LU/FEC/M/938 dated 2nd March, 2017 issued by the head of the Civil Service of the Federation as directed by the Federal Executive Council. It is our hope that very soon the National Depository of Treaties will be in the cloud for a more global outlook and accessibility from any part of the world.

“It is about transparency, accessibility and order in line with the tenements of Open Government Partnership and access to justice, which the government of President Muhammadu Buhari is committed to uphold”, he said.

Also speaking, National President, Nigerian Bar Association (NBA), Paul Usoro commended the ministry for the establishment of the centre, which according to him, would help redress the issue of poor record keeping in the country.