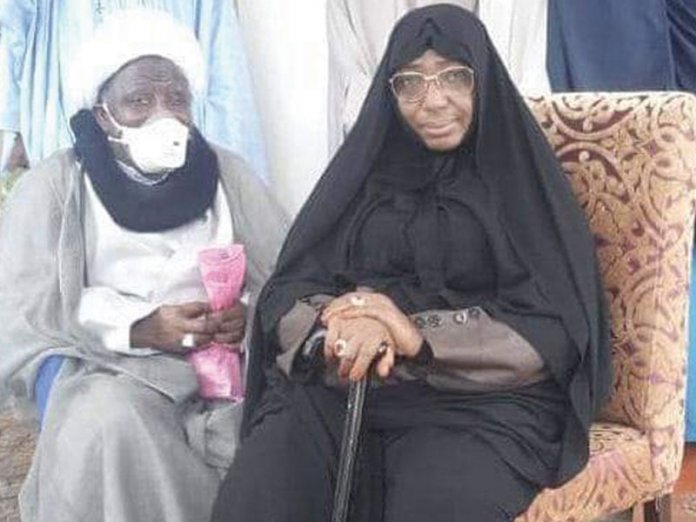 The Attorney General of the Federation and Minister of Justice, Abubakar Malami, said recently that the fate of the detained leader of the Islamic Movement in Nigeria (IMN) Sheikh Ibraheem El-Zakzaky and his wife, Zeenat, was in the hands of the Kaduna State Government, which was prosecuting them. Is El-Zakzaky’s fate now in Governor Nasir el-Rufai’s hands, asks John Shiklam

When will the federal government release the leader of the Islamic Movement in Nigeria (IMN), Sheikh Ibraheem El-Zakzaky and his wife Zeenat? For how long will the government continue to detain them?
Since the release of a former National Security Adviser (NSA), Col. Sambo Dasuki (rtd) and the Convener of #RevolutionNow protests, Mr. Omoyele Sowore on Christmas Eve, these are the questions on the lips of many Nigerians especially, members of the Islamic group and the human rights community in Nigeria.

Dasuki, who served under President Goodluck Jonathan was arrested and detained for alleged fraud involving $68 million of defence spending, an offence he pleaded not guilty to. He was however granted bail several times but the federal government refused to release him.

In 2016, the Economic Community of West African States (ECOWAS) Court ordered his release, describing his detention as unlawful and arbitrary. But the government did not obey the order.

Sowore, was first arrested in August 4, 2019, by operatives of the Department of State Services (DSS), who stormed his Lagos home in an apparent attempt to stop the revolutionary protests he had scheduled for Monday, August 5, across the nation.

A Federal High Court in Abuja had granted the DSS permission to detain him for 45 days and on September 21, 2019, a day before the expiration of the detention order by the court, the federal government filed seven count charges of treasonable felony and money laundering against him.

Sowore was granted bail on December 6, but was re-arrested the following day at a court hearing by the DSS. His re-arrest in the courtroom attracted wide condemnations among Nigerians and the world beyond.
Many Nigerians had thought that with the release of Sowore and Dasuki, El-Zakzaky, who had equally spent four years in detention like Dasuki, would be released too.

The Islamic cleric was arrested in December 2015, following a clash between his followers and the Nigerian army in Zaria, Kaduna State.

Over 350 people, mostly his followers were reportedly killed and buried in a mass grave in the Mando area of Kaduna metropolis.

Like Dasuki and Sowore, the court also ordered the release of El-Zakzaky and his wife.

On December 3, 2016, a Federal High Court sitting in Abuja ordered the federal government to release the Islamic cleric and his wife from detention and provide an accommodation for them within 45 days.
Delivering judgment in a suit for the enforcement of their fundamental rights, the presiding judge, Justice Gabriel Kolawole, also awarded a total of N50 million to El-Zakzaky and his wife for the violation of their rights by being held in unlawful custody since December 14, 2015.

The judge ruled that the continued detention of the applicants violated their rights under section 35(1) of the Constitution and provisions of the African Charter on Human and Peoples Rights.

The refusal of the federal government to obey the court order led to series of protests in Abuja and some northern cities by members of the IMN, often resulting in bloody confrontations with security personnel.

However, explaining why the IMN leader and his wife were not released, the Minister of Justice and Attorney General of the Federation (AGF), Mr Abubakar Malami, said the fate of the Shiite leader was in the hands of the Kaduna State government, because they were being prosecuted by the state for alleged culpable homicide, unlawful assembly and disruption of peace among others.

Malami, while speaking in an interview with the BBC Hausa Service, explained that the federal government did not interfere with cases being prosecuted by states.

“The federal government does not interfere with the cases that are being prosecuted by a state government; El-Zakzaky and his wife are being prosecuted by the Kaduna State government on charges of murder.
“The only reasons for the release of Omoyele Sowore and Sambo Dasuki revolved around our commitment to the rule of law, obedience to court orders and compassionate grounds. It is important to understand the fact that as far as the law is concerned and in relation to the Nigerian justice system, one has multiple options after a court has ruled on a matter,” the minister was quoted to have said.

But in a swift reaction, the IMN dismissed claims by the minister that the fate of its leader and Zeenat, was in the hands of Kaduna government.

In a statement in Kaduna, Ibrahim Musa, spokesman of the IMN said, Malami was being economical with the truth.

“We wish to categorically repudiate the audacious insinuations by the Attorney-General of the Federation (AGF) and Minister of Justice, Abubakar Malami (SAN) that the fate of the leader of the Islamic Movement of Nigeria, Sheikh Ibraheem Zakzaky and his wife, lies in the hands of the Kaduna State government and its governor, Nasiru Ahmed El-Rufai.

“We are not deceived by any denial of complicity of General Buhari-led federal government. Firstly, the federal government’s criminal complicity in the heinous genocide in Zaria of December, 2015 that led to the extrajudicial murder of over a thousand members of the Islamic Movement in Nigeria and the subsequent arrest and detention of the Sheikh is beyond doubt.

“This much was accepted and testified to by the General himself in an interview he granted a Qatari Television Channel while on a visit there as early as March 2016,” the statement said.

Musa said further that, “The Saudi Crown Prince’s self-confessions during a visit to the US that the brutal and inhuman suppression and the continuing illegal detention of Sheikh Ibraheem Zakzaky was part of his major foreign policy achievements further confirm the federal government’s involvement, as foreign policy issues are in the exclusive list of the federal government.

“Was that not why the Saudi King was the first to call General Buhari in December 2015, soon after the Zaria genocide, to congratulate him for what he called a victory against terrorism?
“Was that not also why General Buhari wanted to smuggle Nigeria into a Saudi-led military alliance at the time in the name of fighting terrorism?

The statement recalled that, “The attacks, arrest and subsequent detention of Sheikh Zakzaky were by federal government agencies” noting that “for the past four years, the Department of State Security (DSS) took custody of the Sheikh and his wife from the army.”

“Nobody is granted access to see him except with the express permission of these federal agents. It even had to take the involvement of the AGF for anyone; even the Kaduna State established Judicial Commission of Inquiry at the time, to access Sheikh Zakzaky” the statement said.

Accordingly, the statement stated that, “when the federal high court declared the detention of the Sheikh and his spouse illegal and unconstitutional and ordered their immediate release from custody forthwith, the order was against the DSS, Nigeria Police Force and the AGF, all representing the federal government.

“The Kaduna State government was never a party in any of these matters. Who is the AGF now fooling that it is purely Kaduna State affair? It is not therefore possible, under any logical reasoning, to exonerate General Buhari and the junta he leads at the federal level from the continued contemptuous detention of Sheikh Zakzaky and his wife.

“Even as the government mischievously concocted a case in Kaduna, three years after the illegal detention, accusing them of aiding and abetting homicide before the Kaduna State High Court, these charges have since been squashed by the same court, when hundreds of those, who stood trial, whom the duo supposedly aided and abetted, had since been discharged and acquitted.

“Finally, we call on the Buhari regime to stop deceiving the public by trying to paint itself as saint in a place its actions are glaringly worse. It should simply obey the court judgment, free the revered Sheikh and stop further false and fake cases with the deliberate intention of keeping him in detention.”
Counsel to El-Zakzaky, Mr. Femi Falana (SAN), in a statement, called on the federal government to liaise with the Kaduna State government to withdraw the charge filed against El-Zakzaky and his wife. Falana noted that the Federal High Court had on December 2, 2016 declared the detention of the couple illegal and unconstitutional and ordered the federal government to release them from custody forthwith.

“Apart from awarding them reparation of N50 million, the Federal High Court also ordered the Federal Government to provide them with a temporary accommodation since the Nigerian Army had destroyed their family house in Zaria.”

“Even though they have been charged with procuring certain persons to kill a soldier, the Kaduna State High Court has since discharged and acquitted the persons allegedly procured by El-Zakzaky to kill the said soldier,” Falana said.

He argued that by ordering the release of Colonel Dasuki pursuant to the orders of courts, Malami has jettisoned the reactionary position that national security takes precedent over the rule of law.
“Since the Buhari administration has now embraced the rule of law, Mr. Malami should ensure that the valid and subsisting orders of all courts are obeyed in accordance with section 287 of the Constitution of the Federal Republic of Nigeria” Falana said.

The trial judge, Justice Gideon Kurada of the State High Court, had on December 6, 2019, adjourned the case to February 6, 2020 for hearing.

The judge also ordered the DSS to transfer El-Zakzaky and his wife to the Kaduna prisons for easy access as their counsel always had difficulties whenever they want to see them at the DSS detention facility.