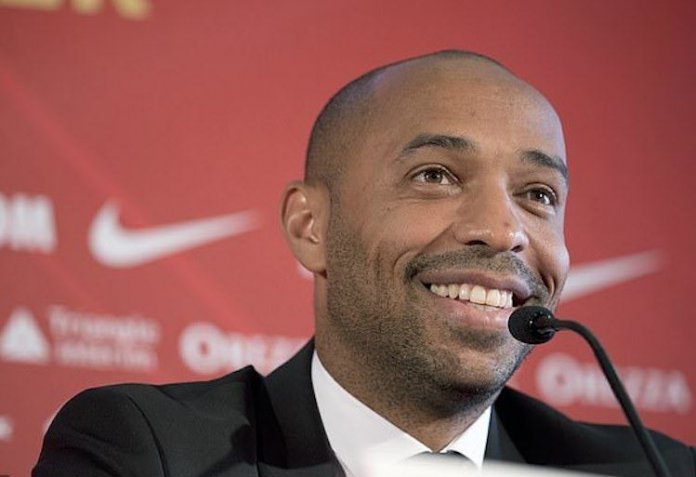 Thierry Henry has reportedly emerged as a surprise candidate to become the next Barcelona manager if Ernesto Valverde leaves the club.

The former Barcelona forward took charge of MLS side Montreal Impact on an initial two-year deal in November.

But Henry has now been linked to becoming boss at the Nou Camp if current manager Valverde departs, according to Spanish outlet Sport.

Valverde’s contract at the Catalan giants is set to expire in June, although there is the option to renew it for another year.

Henry’s coaching career began just three years ago as Roberto Martinez’s assistant at the Belgium national team and he lasted just 104 days in his first managerial role at Monaco.

However his lack of experience does not reportedly concern Barcelona as he knows ‘the Barca way’ having played for them for three years.

Henry is also good friends with his former Barcelona and France team-mate Eric Abidal, who is Barcelona’s director of football.

Barcelona are currently at the summit of LaLiga, two points ahead of rivals Real Madrid.