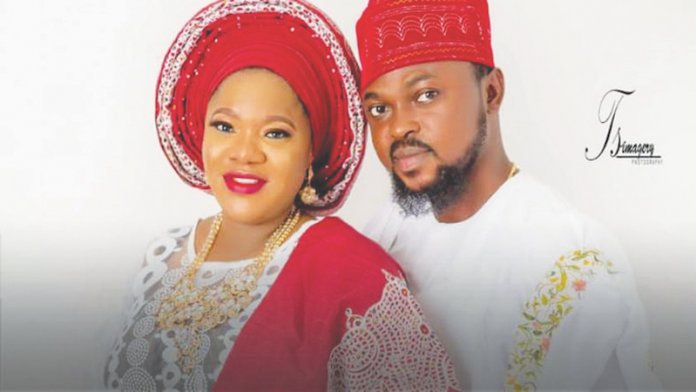 One of Nigeria’s most talked-about couple of 2019 Toyin Abraham and Kolawole Ajeyemi feature together for the first time since tieing the knot in August 2019 in “Dear Affy” the movie directed by celebrated media entrepreneur, Samuel Olatunji (Bigsam) who executive produced Ghost and The Tout and Seven And A Half Dates.

The romantic comedy tells the story of a beautiful career lady who is about to get married to the man of her dream who is on the verge of sealing millions of Naira worth of contract with a conglomerate in a construction industry. However, he is faced with the devil and the deep blue sea as sealing the contract is hinged on him having an intimate affair with the female billionaire contractor by all means just few weeks to his wedding.

All hell was let loose when the detail of his affair became subject of headline for the media, plot turns out to be a race of redemption for the fiancé, the man, the billionaire and their friends and family.

The director Samuel Olatunji says; “ Dear Affy is an ambitious project, we want to tell a different kind of Nollywood story, we want to be very professional and excellent in our doing, we want to provide 100% entertainment and unpredictable story at the cinema and we have cast of who is who that can deliver the perfect performance.

We are not stopping there, we have dreams, we have ambitions, we believe Nigeria is a place where dreams are possible, We have dreams and believe Dear Affy will be the first Nollywood movie to hit N500Million at the Box Office. We have had people tell us it was an impossible dream because of the gigantic nature of the dream but that won’t stop us from, the guys from Hollywood don’t have two heads and we believe in this dream”.

Dear Affy will be premiering in February and will be distributed across all Cinemas in Nigeria and Ghana by FilmOne Cinemas.