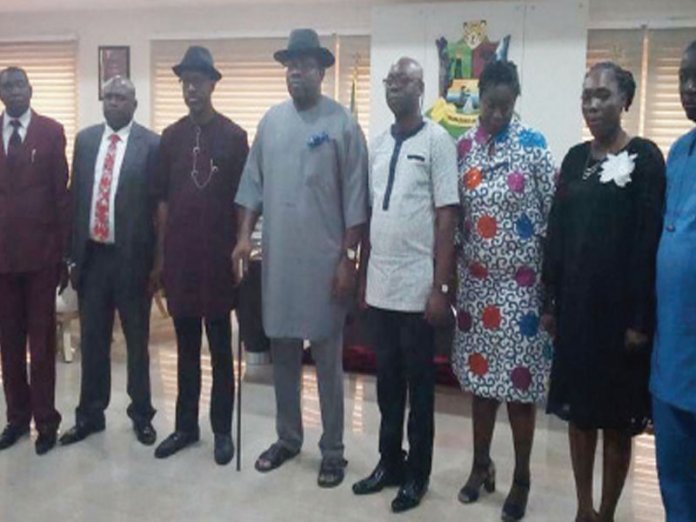 Drawing from recent experiences, Emmanuel Addeh writes that the panel set up by Governor Seriake Dickson of Bayelsa State to probe the killings, especially in Nembe, in the build-up to the November 16 governorship election, might just be another academic exercise

Quoting the Independent National Electoral Commission (INEC), like many states in Nigeria, elections in Bayelsa have always been turbulent and chaotic. To put it more succinctly, the commission’s spokesman, Mr. Festus Okoye, reacting to a question on INEC’s collaboration with the security agencies to ensure a hitch-free poll admitted that, “Bayelsa has a history of violence during the conduct of elections”.

So, it was not strange that the attention of the whole world was fixated on Bayelsa in the days and weeks leading to the poll in which INEC declared Mr. David Lyon of the All Progressives Congress (APC) as the winner of the governorship contest.

The election might have come and gone, but the echoes have continued to reverberate, raising questions on when Nigeria would truly attain minimum international standard in its quest for democracy.

Three days to the poll, precisely on the 13 November, a campaign rally of the Peoples Democratic Party (PDP) was violently disrupted in Nembe.

During the melee, loyalists suspected to be PDP members were attacked. Also caught in the crossfire was an outside broadcasting van driver working with the state-owned station, Simon Onu, who died instantly.

By the time the dust settled, many of the victims, who managed to escape from the venue of the proposed rally in which the governor, Seriake Dickson and the PDP candidate, Senator Douye Diri, were still being expected, had sad tales to tell – tales of survival only those who witnessed the heavy shooting could understand. Many believed that the attack in the perennially volatile area was mostly unprovoked.

In the end, the governor maintained that over 20 persons died in that attack, he described as a massacre, while over 93 individuals, even innocent bystanders were injured.

Like what has become a routine practice after such occurrences, some days later, Governor Dickson informed the general public of the need to set up an administrative panel of inquiry to look into the mayhem in Ogbolomabiri in Nembe.

As part of its terms of reference, the panel was given the job to collate the data on deaths, injuries and damage to property that occurred as a result of the shootings. It was also expected to visit victims in various hospitals in the state to ascertain the true number of injured persons.

Inaugurating the panel at the Government House, Yenagoa, Dickson, who decried political violence and brigandage, said those that were wounded were still receiving treatment in hospitals across the state.

Also, a statement by his Chief Press Secretary, Mr. Fidelis Soriwei, said Dickson lamented the armed men shot and mowed down PDP members and innocent bystanders indiscriminately with no resistance from security forces, who looked the other way.

He said it was the first time in the political history of the state that a campaign rally would be ambushed and party members mowed down in an unprovoked situation.

Accusing some opposition figures of instigating the attack, Dickson wondered why after over two weeks, the assailants and their sponsors have not been arrested and commiserated with the families of those who died in the mayhem, including the OB van driver of the state-owned radio station, Onu.

He said: “The Nigerian state has outsourced our territories in Bayelsa to criminals and warlords and the state is actually at a turning point.

“Nembe leaders need to know that they have set a record. Members of the opposition parties particularly, the APC have been going round without any molestations and attacks. However, it is sad to note that members of the same party now turned around in Nembe to unleash violence on the campaign train of the PDP.”

The governor accused the security operatives, particularly the army, of aiding and abetting criminality during the last poll.

He submitted that the election fell short of the global standard of free, fair and credible poll, but added that the panel was not intended to indict anyone, but that its terms of reference include collating the number of the dead, their names and families and the number of buildings destroyed in the attack.

He said members of the panel were carefully selected to serve the state and charged them to do a thorough job with the report to be submitted in two weeks.

It was not the first time such panels would be set up. Observers believe that the governor is handicapped, because he does not have control over the institutions that would ordinarily enforce the outcome of such enquiries, the entire work of such panels would only be for the records. It also says a lot about Nigeria’s federal system.

Indeed, after the violence that marred the presidential and National Assembly elections in parts of the state in February the governor constituted a judicial commission of inquiry to identify the perpetrators and sponsors of the violence during the election.

Chairman of the commission was Justice Inieakadi Eradiri, while Dr. Richard Ogbe served as the Secretary.
Those who died during that election, included a photojournalist with the Government House, Reginald Dei, a PDP leader in Southern Ijaw and two persons in Nembe, one suspected APC loyalist in Nembe, have yet to get justice. The report is gathering up dust on the shelf. Many of those invited to testify, especially outside the PDP failed to cooperate.

In December 2015, a similar panel was ordered to investigate the violence, mayhem and breach of peace during the governorship election in the state by Dickson.

In the meantime, PDP loyalists in Nembe have continued to raise the alarm over continued harassment even after the election.
Senatorial Vice Chairman of the PDP in Bayelsa East, Chief Teinbofa Imbasi-Atiegha, alleged that members and leaders of the Otita Force went on rampage with a town crier threatening that all PDP members should vacate the community before 7:30 am on December 3 or face dire consequences.

He said, “It is highly condemnable that the members of the Otita Force will go to such despicable lengths to harm their own brothers and sisters, because of different party affiliations.

“The reason for this evil act against the PDP is because the Otita force has accused the members of the PDP in Nembe of giving out information of happenings in the community especially, about the November 13 massacre, where PDP members and supporters, who went for the gubernatorial campaign were brutally murdered with scores of others left injured in the attacks spearheaded by members of the Otita force, a faction of the APC.

“They also announced that any member or supporter of the PDP that wants to stay in Nembe up till the inauguration of the governor-elect, should go on social media platforms especially, on Facebook and denounce their membership of the PDP and declare their membership of the APC, that if they failed to do so, then, they are responsible for whatever happens to them in Nembe.”

He used the opportunity to call on the federal and state governments and all security agencies to come to the rescue of the people of Nembe.

“No one has the right to banish or harm any indigene from his community, therefore, all security agencies should intervene and salvage the situation to prevent the further destruction of properties and the lives of innocent Bayelsans,” the PDP stalwart said.

Will the outcome of the panel be different this time? Will the recommendations of the report be enforced or will it just be another academic exercise? Will the authorities at the centre muster the political will to sanction the culprits or will Nigerians just move on as usual?