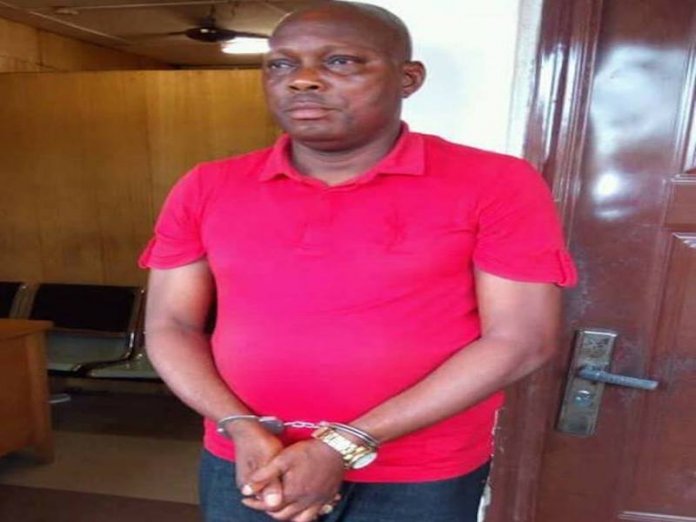 The Abia State Commissioner of Police, Mr. Etim Okon, yesterday announced that the command has arrested a major general in the Nigerian Army in the commercial city of Aba for gun running.

He made this known while briefing journalists on the activities of the Abia State Police Command within the past nine months since he assumed duties in the state.

He didn’t reveal the name of the top ranking army officer in police net.

Okon, who only gave scanty information on the suspect, said that the major general was dismissed by the army high command but went to court to challenge his dismissal, adding that the suspect was arrested with several guns, including AK 47 and pistols.

He said that the suspect along with other members of the syndicate were currently in police custody and undergoing interrogations.

According to him, the syndicate had already sold undisclosed number if guns and ammunitions to its clients, noting that efforts were still on to retrieve arms.

The police commissioner also disclosed that no fewer than 411 suspected criminals had been arrested by the police in Abia State between February 25 and December 15, 2019.

He gave a breakdown of the suspects to include 127 armed robbers, 114 kidnappers,150 cultists, and 20 motorcycle snatchers.

The CP said 648 fire arms and ammunition as well as 110 vehicles were recovered within the period under review, adding that no fewer than 79 kidnap victims were also rescued while five firearm dealers were arrested.

He said a total of 658 of the suspects had already been charged to court.