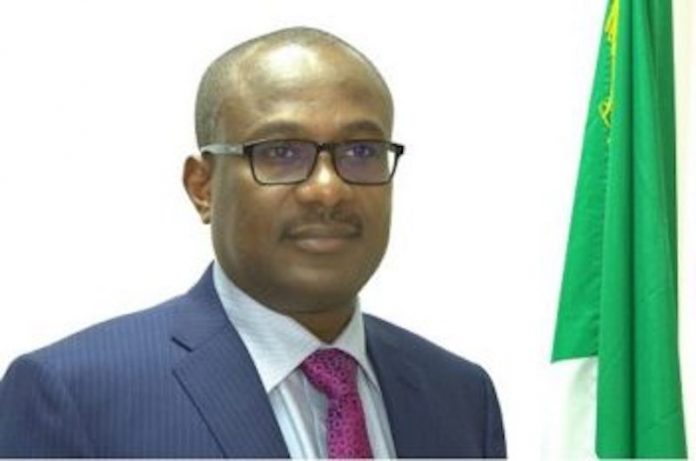 Peter Uzoho
The Executive Secretary of the Nigeria Content Development and Monitoring Board (NCDMB), Mr. Simbi Wabote, has reiterated that the upcoming Nigerian Liquefied Natural Gas (NLNG) Train 7 will have significant impact on the Nigerian economy and the oil and gas industry in particular.

The Final Investment Decision (FID) on the long awaited projected is expected to be taken before the year runs out.

Speaking at the just concluded 2019 Practical Nigerian Local Content in Yenagoa, Bayelsa State, Wabote said the project would bring more revenue to the country through taxes as well as creation of 10,000 direct jobs which will translate to almost 40,000 indirect jobs.

He said: “To the Nigerian economy, as you are aware, it will bring more revenue to the country; more taxes would be paid and, to the economy, it means a lot.

“To Nigerians, it also means a lot. It means creation of jobs. As you have heard, we will have about 10,000 direct jobs that will be created as a result of the Train 7 project. What that translates to is almost 40,000 indirect jobs that would be created.”

Wabote, added that the Train 7 will rejuvenate the economy, saying that, a lot of upstream projects would also come up as a result of the project.

According to him, a lot would be expected in terms of activities in the economy, employment, revenue generation and ending restiveness in the Niger Delta.

On legislation to extend local content to other sectors for economic growth and development, he said the idea would not allow proliferation of regulatory agencies in all sectors.

Wabote explained that there would be no local content board for construction and another for Information and Communication Technology (ICT).

He said that the legislation on local content for the sectors would be under one umbrella with different divisions in charge of each sector.
Furthermore, Wabote explained that a division would be in charge of construction, another ICT and oil and gas, among others.