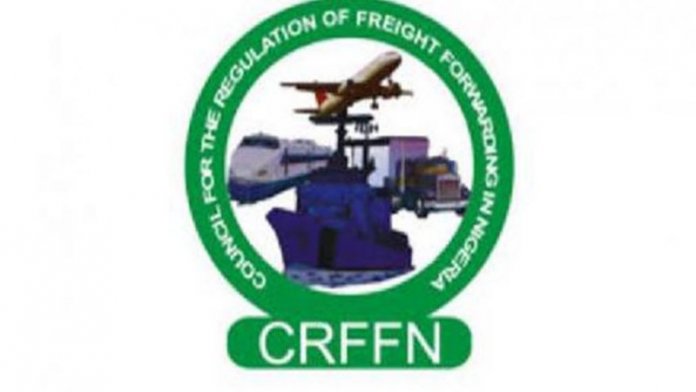 Eromosele Abiodun
The Council for the Regulation of Freight Forwarding in Nigeria (CRFFN) and customs agents in the country have attributed the decision of the federal government to shut Nigeria’s land borders to incompetence by the Nigeria Customs Service (NCS) in carrying out its statutory duties at the borders.

Speaking at the meeting, the Registrar/Chief Executive of the Council, Samuel Nwakohu, alleged that the cause of the problem leading to closure of the borders was a system failure especially on the part of Customs.
The CRFFN, however, appealed to the federal government to open land borders to legitimate goods.
Nwakohu, in a chat with newsmen on the sidelines of the meeting said the call was not intended to encourage criminality, saying that compliant goods should be allowed into the country to be traded across the borders.

He said the Council resolved, among other things, to call for better training and equipping of the NCS to meet global standard.
According to him, “The freight forwarders are not in any way encouraging criminalities but they are of the view that the ECOWAS Trade libralisation Scheme (ETLS) compliant goods should be allowed to go, they are of the view that what went wrong at the borders are as a result of system failure especially on the part of customs.

Also speaking, the keynote speaker and Chairman, Port Consultative Council, Kunle Folarin, said the federal government was right to close the borders stressing that other countries were taking advantage of Nigeria.
He said Benin Republic has a population of 12 million people but is the world’s fifth importer of rice.
“In 2018, it imported rice worth $996 million. How can they eat that amount of rice with the population they have? It is clear the rice are smuggled to Nigeria through the land borders.

“Benin is the world’s largest importer of used cars and clothing with a population of 12 million people. It will interest you to know that 98.2 per cent of these imports into Benin are only on transit, the final destination is Nigeria.”
He added that necessary framework should be put in place to forestall future occurrence of having to close the borders.

He said, “It is good to have an open discussion particularly for those who are either the beneficiaries or the victims of the policy.
“From the discussion today, it’s clear that those who are affected feel that we should revisit the issue and the border should be opened and if not opened, there must be some framework to be done so that in future, we shall have no reason to close borders particularly the issue of customs administration.

“They have to reform, restructure all the treaties and the protocols.”
On his part, Chairman, Monitoring and Enforcement, CRFFN, Timothy Awogbemi, said the programme was aimed at acquainting the federal government with the stance of Freight Forwarders on the border closure.
He said the resolution at the session include improving on the scanner as well as platforms so that Nigeria can compete with international standard.
“This is a programme called to make a presentation to the federal government the position of freight forwarders in Nigeria. The essence is to listen to critical stakeholders, hear their views, their opinions and what they feel about border closure and to make a joint communique to the federal government of Nigeria, “he said.