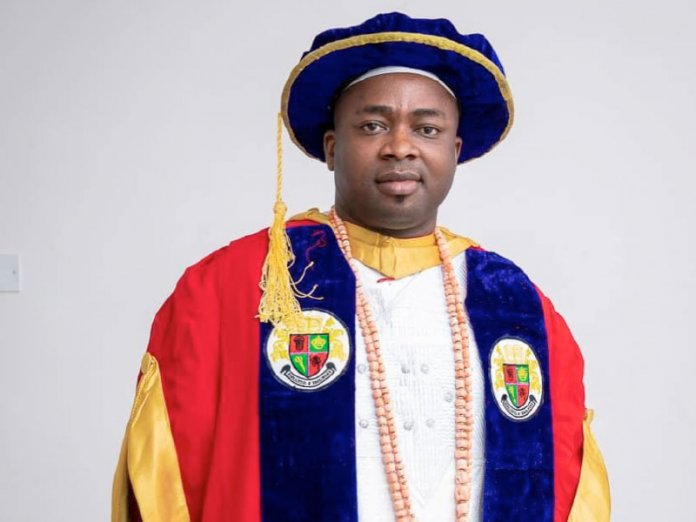 The specialness of the ruling class is not the resplendence of regalia or raiment or the razz that like an innocent idiot follows hard after high seat and status. Much like the rest of humanity and human endeavours, the specialness is in the little things. This is not to say that the bourgeoisie is anything like the royalty of society; there is still the matter of demesne, regalia, and razz. But once in a while, it may be said of royalty too that “that is a good man”, or even rarer, “that is a cool dude”. As Elegushi bags another honour, he gives occasion for the latter salutation.

Oba Saheed Ademola Elegushi (Kusenla III) is proving time and time again that the highest privilege of royalty is to serve and serve well. This time, the Elegushi of Ikate Kingdom shows himself a progressive monarch, one with the cares of his people – and the rest of the country – at heart. And as good things must be rewarded, the reigning landlord of Lagos was awarded an honorary doctorate degree in Public Administration.

In his address at the Igbinedion University, Okada, Edo State, the Elegushi called attention to the state of academia in the country, referring to the education sector as the bedrock for progress. More so, the Elegushi specially acknowledged technical knowledge as a suitable well of potential and therefore invited the Nigerian government, stakeholders and private establishments to invest deliberately and properly in the sector.

Numerous problems have been addressed in speeches in Nigeria, prominent among them being corruption and her brooding minions, unemployment, youth restiveness and the like. Naturally, these have received attention like scrappy, rotten things that attract old and ugly vultures and sustain their party. So doubtless, Elegushi’s call is one of the exceptions.

Kings do not do things by half. This is why Alaiyeluwa also publicly commended the private university on being a model ivory tower and appreciated the efforts of the founder and chancellor, Sir Gabriel Igbinedion.
Elegushi had to share the honorary floor with former President Goodluck Jonathan, Omotola Jolade-Ekeinde and Mr. Sow Agba from Togo. Notwithstanding, his various undertakings and contributions to society continue to stand him out among the privileged as a pillar for advancement and progress. 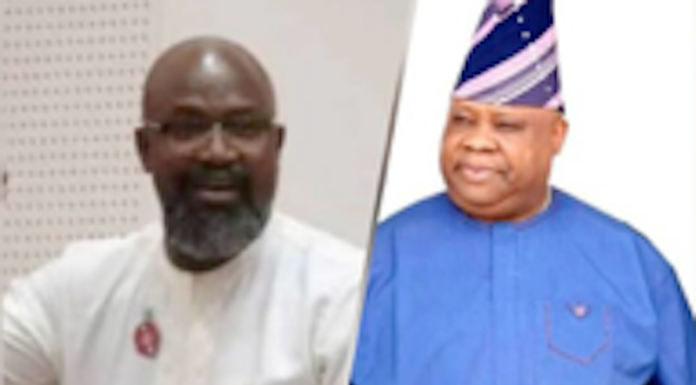