It is no longer news that the federal government is taking steps to diversify the nation’s economy. However, for a country trying to diversify its exports and foreign exchange earnings, Nigeria’s seaports are seriously deficient.
Nigeria currently has six seaports: Apapa and Tin Can in Lagos; the Onne and Port-Harcourt ports in Rivers State; the Warri Port in Delta, and the Calabar Port in Cross River State. As we all know, only the Lagos ports are operating anywhere near full capacity.

According to numbers released by the Nigerian Ports Authority (NPA), Apapa and Tin Can Ports account for 70 per cent of imports on average. The NPA data showed that the Onne port handled about 80 per cent of Nigeria’s export cargos between 2012 and 2017.

Notably, this is because the Onne port is located in an Oil & Gas Free Zone and most of Nigeria’s exports are oil & gas products. Thus, the dispersion of imports across the ports paints a fairer picture of the performance of each one.

A visit to the Port Harcourt port would reveal a surprising level of inactivity. A few people are milling about, but most of them are security personnel, one of whom disclosed that the number of ships docking at the port had decreased over the years. “In the past, ships waited for days for space to dock, but now, there are days when no vessels dock at all, “he stated. Apart from inactivity, the port has suffered neglect over the years with the NPA announcing recently that it plans to shut down the port.

Some have blamed the poor functionality of the ports in Warri, Calabar and Port Harcourt on insecurity, as militancy and piracy increase the cost and risk associated with transporting goods through these areas. At the height of a militant uprising driven by frustration at perceived exploitation by the government and international oil companies, kidnapping expatriates was a popular and lucrative activity and remains a moderate threat to till date. This has greatly discouraged foreign investment in the area. The over dependence on the Lagos port has resulted to congestion with port access roads now converted to truck parks.

In 2006, the Obasanjo administration introduced a port reform which forced the NPA to relinquish its active cargo holding responsibilities to private operators. The part-privatization permitted the NPA to retain its responsibility for infrastructure, regulation, and monitoring, but handed duties such as cargo handling, maintenance, and security to port terminal operators.

New Dawn
Meanwhile, things have been taken a positive shape in the last three years as the new management of the NPA seek for ways to enhance efficiency at the port. Since the appointment of Hadiza Bala-Usman as the Managing Director of the NPA, the authority has taken several steps including collaboration with other agencies and foreign counterparts to give the ports a new direction. In a bid to further enhance the efficiency of operations in the nation’s seaports, the NPA last week in Lagos, signed a five-year partnership agreement with the management of the Port of Antwerp International (PAI).

By the agreement, which has an option of renewal, the Port of Antwerp will play an advisory role with regards to enabling further development of Nigerian ports.

Since early this year, Port of Antwerp has signed MoUs (Memoranda of Understanding) with ports all over the world.
The Port of Antwerp is known in Africa as the maritime centre of Europe because of its numerous supply chain connections. Out of all ports in North-West Europe, Antwerp has the highest number of direct services to West Africa, resulting in a market share of nearly 50 per cent amounting to freight of 15 million tonnes, which Nigeria has the highest volume of 6 million tonnes annually.

Speaking at MoU signing ceremony, Bala-Usman said the NPA is renewing its 19 years agreement, which it first signed with PAI years ago.

Represented by Executive Director, Marine and Operations of the NPA, Mr Sakonte Davies, she said the new agreement is geared towards building a bilateral relationship that would be mutually beneficial for both countries.

According to her, the partnership agreement is in line with the vision of the management of the NPA of making Nigeria ports, the leading port in Africa, owing to the fact that Belgium port is the second leading port in Europe and 12th in the world.

She said the MoU would give the Authority the opportunity to tap the wealth of experience that PAI has exhibited in Europe, expressing optimistic that the partnership deal will grow the mutual aspirations of the two countries.
Commenting, the Belgium Ambassador to Nigeria, Daniel Dargent, said that the visit to the NPA was part of the third trade mission of Belgium potential investors to Nigeria this year, stated that the new agreement provides both countries with an opportunity to expand its trade volume.

“We are here in Lagos at the headquarters of the NPA to renew our relationships and to give a new boost to our relationship as discussed during a lot of preparation on for the ceremony. We would like to stress that the board of Antwerp is by far the first European African port and we are ready to help central African, West Africa countries and also for Nigeria.

“There are really a very significant cargos going on through our both ports and the main goal of this collaboration is for us to further create a win-win partnership, it’s all about partnership, setting up efficient life changes, it’s about supporting each other as good friends. The importance today for us is that it is the official moment where we reinforce technology along existing relationships, as good friends we prepare ourselves for the future and we want to intensify our already very good relationship in a great win-win partnership that is for mutual benefits of our both ports organisation.

On his part, the Chief Executive Officer of PAI, Kristof Waterschoot, said:“Thank you very much and I am really looking forward that our both teams work together in the very new future and will deliver very soon our first complete result. We see a lot of potential in the port of Lagos due to Nigeria’s growing economy. The freight transport with Europe has increased substantially. By
means of this collaboration we can use our know-how to advise the port of Lagos in its further development.”
He said the agreement underlines the ambition of PAI to consolidate and further develop its already strong position in West Africa.

Ensuring Port Efficiency
The effort to make Nigerian port model ports has always been Bala-Usman’s agenda with several steps taken to bring this to fruition. Recently, she assured stakeholders in the maritime industry of her renewed vigour and determination at improving on operational efficiency and accomplishments recorded in 2018 in.

Also, she promised terminal operators and port users that it would further open its doors for all players to surmount various bottlenecks with a view to providing a healthy and smooth environment for all stakeholders.
Bala-Usman told port users of NPA’s renewed efforts towards the swift evacuation of cargoes from the Nigerian Ports to the hinterlands and Nigeria’s land locked neighbours.

While recalling the Ease of Doing Business introduced by the federal government, she disclosed that the NPA had partnered with notable organisations and the Federal Ministry of Works, Power and Housing for the reconstruction of dilapidated roads within the Ports axis for efficient Port Services across board.

“Management would sustain and step up the culture of efficiency and transparency. It reiterates that it has put in place structures to drive this dream through the launch of the Revenue Income Management System (RIMS), which is a web based billing and revenue collection application fully automated for the entire billing circle of the NPA amongst others.

“The authority wishes to inform all, of its desire at improved collaboration with Sister Agencies towards a more seamless operation in the Ports environments with intent to reduce human contact.

“In this regard, it is partnering with the Nigerian Custom Service (NCS) for the quick facilitation of the Single Window platform aimed at simplifying and harmonizing formalities, procedures and the related exchange of information which will be a major priority in the coming year.

“Management further assures all willing investors of its renewed determination at attracting investments to the Ports across the country through infrastructural development.

“Management wishes to stress that there has been constant dredging of the channels to attain the expected draught level for incoming vessels at our Ports. This is expected to lead an unprecedented revenue generation and with the expectation that this effort would further be surpassed in the new-year, “she said.

She added: “Management assures all of its unflinching support in building on the successes of the Sector towards the growth and development of the nation especially in the area of Gross Domestic Product (GDP) and economic rebound in the near future. Finally, the authority appreciates the unflinching support, collaboration and cooperation from all stakeholders in its drive towards greater service delivery and customer satisfaction.”

She had further noted that government is desirous of getting things done more smoothly, and therefore NPA will do everything possible to facilitate trade in the maritime sector, adding that the authority would encourage shipping companies to patronize other Ports outside Lagos, particularly Onne Port. 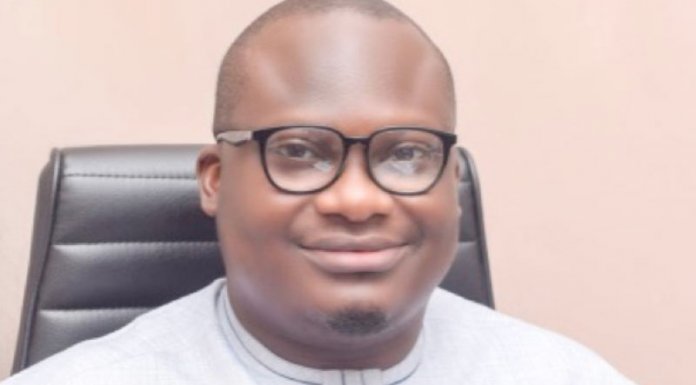