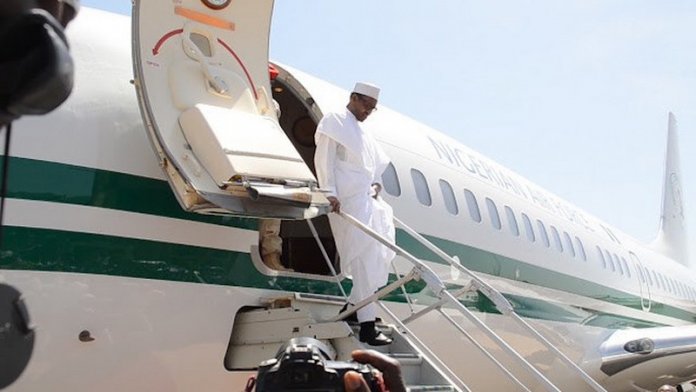 The News Agency of Nigeria (NAN) reports that the president had on Nov. 28 departed Abuja to participate at the 5th Gas Exporting Countries Forum (GECF) Summit in Malabo, Equatorial Guinea.

In his address at the opening of the 5th Gas summit, the president revealed that the federal government would soon commence the construction of the 600-kilometre Ajaokuta-Kaduna-Kano gas pipeline which would move gas from the Southern part of the country to the North.

The idea of the GECF was first mooted in 2001 when the First Ministerial Meeting was held in Tehran, Iran, while the First GECF otherwise called Gas Summit, took place in Doha, Qatar in 2011 with Nigeria represented at the highest level.

NAN reports that other members of GECF, who accounted for between 70 per cent and 80 per cent of global gas reserves and production include Algeria, Egypt, Equatorial Guinea, Libya, Bolivia, Iran, Qatar, Russia, Trinidad and Tobago, United Arab Emirates, Venezuela, Kazakhstan and Norway.

NAN reports that the president left Malabo after the summit on Friday and headed to Daura, Katsina State, on another official assignment where he performed the ground breaking ceremony for the University of Transportation, Daura, and inaugurated the Kwanar Gwante (Shargalle Road.

Before returning to Abuja, the president visited Kaduna where he unveiled Made-in-Nigeria Mine Resistant Ambush Protected (MRAP) vehicles for Nigerian Army’s counter-terrorism operations and other exercises.

The vehicles, named Ezugwu MRAP, were produced by the Defence Industries Corporation of Nigeria, an indigenous firm.