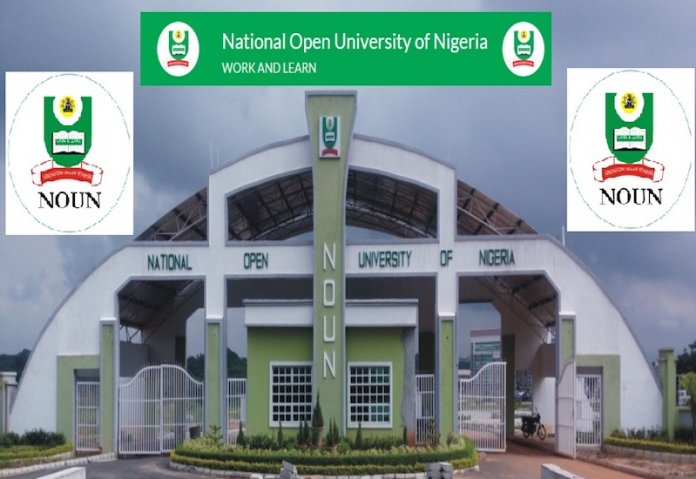 Sylvester I. Onyema writes that issues involving law graduates of the university should be resolved

The shocking discovery that the Minister of Education, Mallam Adamu Adamu was sidelined in the NOUN/Law School stakeholders meeting held on 29th October, 2019 at the Federal Ministry of Justice is to say the least, suspicious. Not even a notice was sent to his ministry which is in charge of education in the country for representation. This finding was made following my earlier piece.

The meeting was held behind Mallam Adamu’s back after his dogged attempts to convene a stakeholders meeting towards resolving the protracted crisis which had hindered law graduates of NOUN from getting admission into the nation’s law school as the discipline demands. The minister is the only source of consolation as ‘year-in, year-out’ promises from NOUN management had become too many to take.

Following the sundry ploys, President Muhammadu Buhari through the Secretary to the Government of the Federation (SGF) had issued directives to the five stakeholders in the following order; Minister of Education; Minister of Justice; Chairman, National Universities Commission (NUC); Vice Chancellor, National Open University of Nigeria, and Director General, Nigerian Law School for an urgent stakeholders meeting for resolution of the crisis.

Prior to this, Mallam Adamu had written to his counterpart in the Ministry of Justice on 21st January, 2019 which reads in part: “It is interesting, however, to note that the National Universities Commission (NUC) pursuant to its statutory mandate, conducted accreditation visit to NOUN in 2012 and granted accreditation to the law programme of NOUN.

“Having, therefore obtained the requisite accreditation and approval to run Bachelor of Laws (LLB) Programme, the university had been admitting and graduating students in the Faculty of Law. However, despite the approval and accreditation given to NOUN by NUC, it is surprising that the law graduates from NOUN are not recognized as being eligible to be admitted to the NLS by the CLE.

“This has caused untold hardship and psychological breakdown of the law graduates from NOUN who ran the Law Degree Programme for years on the faith of accreditation and approval given to the University by NUC. The Attorney General of the Federation may kindly recall that most of the early lawyers produced by this country obtained their qualifications through correspondence, a typical example being Chief Obafemi Awolowo.

“The practice also subsists in many countries around the globe. We are therefore of the view that the requirements of the CLE & NLS can be integrated into the programme and/or bridging arrangement worked out to the satisfaction of the regulatory authorities. In view of this, we respectfully urge you to employ your good office to urgently intervene in the matter by convening a meeting of the principal stakeholders with the view to finding a lasting solution to this stalemate”, Mallam Adamu stated.

However, when the Minister of Education left on official trip outside the country which was known, the AGF suddenly responded and scheduled a meeting on 26th March, 2019 which fell within the tour period. Hence, the meeting didn’t hold due to Mallam Adamu’s absence coupled with the fact it was sent personally to him alone with no other principal stakeholders included. After a long wait, the Ministry of Education on 23 September, 2019 issued the second memo demanding for a new date for stakeholders meeting after the Presidency had given a directive to the stakeholders.

The questions begging for answers are; in whose interest did the Minister of Justice/Attorney General of the Federation convene a meeting without the knowledge of Minister of Education despite the fact Mallam Adamu actually recommended the stakeholders meeting and listed as number one amongst the stakeholders by the presidency?

Second, what’s the secrecy in official issues as formal as academic matter and admission into the nation’s law school for students that were formally admitted and graduated, but encumbered for no justified reasons?

Third, where is the communiqué or report of the stakeholders meeting that held without the knowledge of the Ministry of Education or is it a conspiracy for unending delays against the victimized law graduates?

Fourth, what is the agenda that the Minister of Education must not know? Above all, how could appointees be freely sabotaging their principal’s efforts? These questions are critically important to determine the way forward. Thus, an investigation is needed.

President Buhari should see these developments as nothing but sabotage. To sideline the Ministry of Education on a critical matter assigned to the stakeholders is suspicious. Mallam Adamu is the voice of Nigeria’s students at the moment.

It is important to note that none of these stakeholders that attended the secret meeting have their children in NOUN including members of the university’s management. Hence, they earn their wages without hindrances, and therefore stand to lose nothing if the crisis is unabated. The time to act is now.