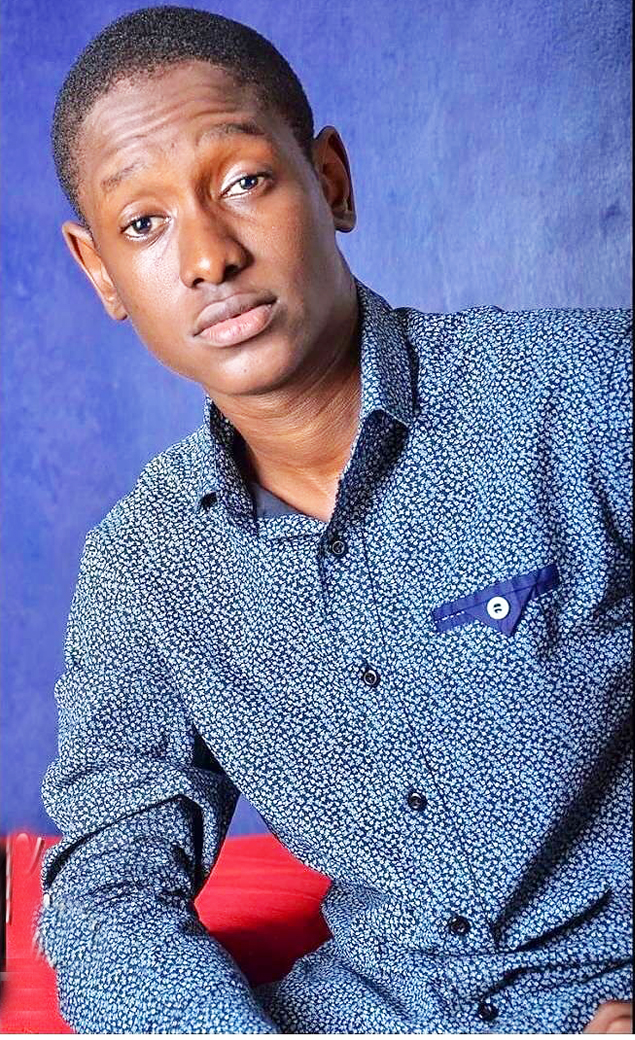 Jimmy Coker is the head and founder of Nigeria’s biggest all youth awards, Scream Awards. He is also the publisher of Scream Magazine and stands as one of the most influential youths in the society today. The graduate of Communication and Language Arts is actively involved in PR, talent management, entertainment consultancy and content creation. He talks to Tosin Clegg about his career in show business, growing his brand in awards and media, projects and much more

Growing up
I’m Jimmy Coker, known by most people as King Cokes and I was born in the United Kingdom. Growing up was very cool, had a great Christian upbringing because my mum has always been deeply rooted in the church. I’m the last of her three kids. Attended three high schools and ended up with a bachelor’s degree in Communication and Language Arts from the University of Ibadan.

My childhood dream was quite
different
I still see myself being in the media and events sector. From my high school days, I wanted to be a rapper, an established musician. I kicked off my career in 2008, the same year I gained admission into the university. I put out a few songs as a student artiste, even got paid, won competitions and almost got signed by a legendary artiste. Over all, the dream was to become a mogul in the entertainment industry and I can proudly say I’m on the path to becoming that.
I’ve always been fuelled by the desire to affect people around me through entertainment and give them something to be proud of while creating remarkable memories. I had the enthusiasm and drive as a teenager. In high school, I did stand-up comedy, miming and also acted plays which got me the awards for Best Extra Curricular Student for two years in a row. I always knew I was going to end up in the entertainment world because of my early success as a kid. Upon admission to the university, I had already figured out I wasn’t going to get a white collar job, but instead focus on entertainment and make a career out of it. I got into the university, did music and ventured into other areas such as events planning, artistes booking, got into media as an entertainment writer and the likes.

How I started Scream Awards, initial challenges and successes
Going into the university, I also had the dream to publish a youth and entertainment magazine that would create a platform for youths, asides my music plans.
This made me join the press where I became one of the best sources for fresh entertainment stories. I wanted a platform where the creme de la creme of students and also oustanding youths in the society could come together, have fun, socialise and be recognised in different fields for their hardwork, success and visibility. It was basically a dream, because only one platform was popular and known for this.
I joined my high school friend years later to run a youth magazine and in a year I brought up the idea to organise an all youth awards, because we already had a strong fanbase in few universities around.

The idea was initially rebuffed by people on the team, but we pulled through. Prior to the follow up edition, we split and it was only normal for me to carry on with the dream, as an audience had been previously established.
Goals for the awards and how I see it shaping the life of youths in Nigeria
Basically, the idea is to motivate youths, to charge them to be consistent and productive in their chosen fields. We celebrate people who are making efforts irrespective of their levels or how far they have gone. It’s a pointer that you’re being watched as you do what you know how to do, so you should keep pushing.
Winning gives you a firm belief in your dreams and the fact that you’re on the right path. We are basically the hope for youths that they can get better, grow and become great ambassadors of the continent.

Ups and downs of running awards show in Nigeria
It’s always a good experience to organise awards show because the glitz and glamour make grand statements and create worthwhile experiences. The fact that we bring people who are outstanding to the limelight is remarkable because of the motivation therein. However, funding and sponsorship is an issue that persists over the years as it’s quite a task getting the right level of support from brands. Although we have few individuals who support from time to time, the issue of major sponsorship is what we haven’t been able to tackle in seven years. Another issue is Nigerians seem to be bad losers generally. Issues always arise over who should win or should have won. People forget that being nominated alone is a win and shows that you’re doing well in your chosen field.

Beautiful moments so far
Trust me; there have been several beautiful moments, which we always take solace in, amidst the rigours of organising the awards. It always feels good when we discover talents, hardworking youths and put them on our platform, then watch them achieve success and become established. When people also genuinely commend our efforts, it gladdens our hearts. I watched black carpet videos of our last event two weeks ago and I was full of joy with the feedback from people, it was good to see a lot of people clamour for support from brands and also appreciate our efforts. It’s also heartwarming seeing the shock and happiness on several faces when they emerge winners. Also, it is a fact that several individuals get their first awards nominations and wins on our platform. It makes me extra proud to know that my platform makes me a strong influence and makes me instrumental in the career growth of several Nigerian youths, as we have recognised over 500 youths since inception. A large percentage have gotten visible career lifts after receiving our awards over the years.The fact that we are the biggest all youth awards in the country and West Africa, by extension, is enough reason to be happy.

I’m into a few things in the media as well
From talent management, entertainment consultancy, public relations, content creation and the likes, I’m basically a box of ideas, that’s why I’m called ‘The Key’. I broker deals, partnerships and collaborations in the entertainment world, asides booking artistes for gigs. We also have a print magazine, Scream Magazine which is in circulation, with a very impressive fanbase online.

My goal
The major goal is to become the largest entertainment service provider in Africa and to be the No 1 youth brand with solutions to the need of the average youth out there, as we won’t be limited to entertainment. We are set to establish a foundation that will be responsible for the provision of free education at all levels. With the right amount of support, the kid on the street will be able to attend university, eat and get proper welfare without paying a dime. Our plans are beyond entertainment, as the interest of African youths comes first. We want to be able to provide thousands of jobs, while expanding the structure. It’s our utmost desire to also grow and groom youths in different media and entertainment fields so they can stand on their own on the long run and establish their own brands, generating incomes for themselves.